Not over your ex but hate that they’re not contacting you? Read this 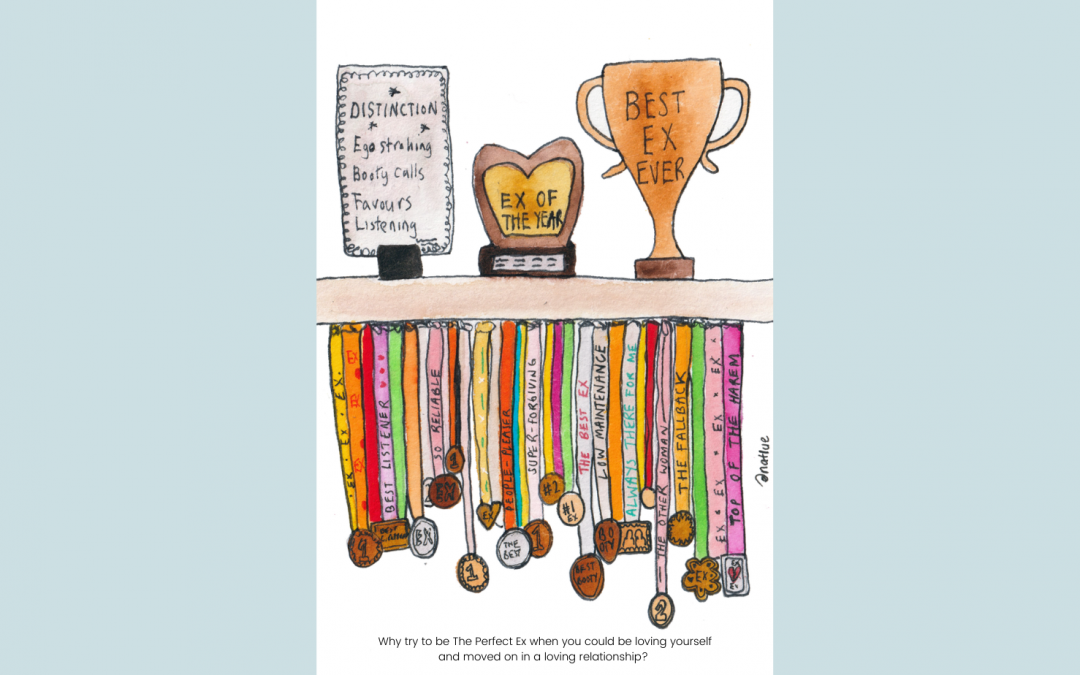 A rather tricky and painful place to be is realising that we’re not over our ex and that it’s too hard to try to be ‘friends’ but then feeling aggrieved and rejected that they’re not still attempting to contact us. If you’ve felt or still feel this way, you’re not alone. I hear from so many people who want the validation of hearing from their ex. But you need to know this:

We are socialised to believe that an ex keeping in touch is a sign of our worth, even if them being in our life is incredibly destructive.

Get clear on what you want because you have to be careful of letting your ego dictate your actions and feelings. And it is your ego that wants the validation of your ex being in touch, not you.

By your own admission, when your ex was in touch and/or you attempted friendship, you couldn’t handle it. This means that expecting this person to get in touch is like expecting that you should be experiencing the torment of being in the position of pining for someone you can’t have.

It’s possible that your ex can’t handle friendship, too. Maybe they need space. Odds are, they have some awareness that if they contact you, it’s will open up a can of worms. I doubt they want the responsibility of you feeling bad. Part of them would probably love the ego stroke of you still wanting them (it’s what we humans do), but they probably don’t want the guilt that comes with it.

Often when people try to stay friends with an ex, it’s to reassure themselves that they are THAT special.

It’s like, “Look, we can still stay friends. That makes one of us really mature and valuable and the other one less of a shit for finishing it”. In fact, some people treat being friends with their ex like having a trophy cabinet that says “Look, I must be alright because I can be friends with all of my exes!“

Here’s the craic though: They’re not giving out awards for Ex of The Year. You won’t be rewarded for all the people-pleasing and boundary-busing. It’s also a code amber alert, at best, when someone tries to stay friends with all of their exes. It’s an ego thing, and they possibly have a harem.

Irrespective of the relationship not working, do you believe your ex to be a decent person?

Remember, someone can be decent and also emotionally unavailable. Your relationship not working out doesn’t make them (or you) a “bad” person. But also remember that just because someone is your idea of ‘decent’, it doesn’t mean that they’re The One or even that you have to be friends. Decent doesn’t equal compatible.

If the answer is yes, then although it will still take a while to grieve the loss of the relationship, don’t ‘villainise’ your ex. Don’t erase the history of your relationship just because they’re not doing what you want now. You were there too. You know whether you had a good time or not. Deep down, you also know that no good will come of being in contact because it’s confusing and bloody painful.

If the answer’s no, then you have your answer to why they’re not contacting you. If you truly believe they’re not and never have been ‘decent’, that’s not ‘new’ information. As a result, there’s no need to beat you over the head with this idea that you “always” believed in them and now have ‘discovered’ that they’re a puffed-up, future-faking charlatan or whatever.

You don’t know whether you will or won’t speak with your ex again.

Speaking again in a meaningful way is something that you can really only do once you’ve surrendered: stopped trying to be in control of the uncontrollable.

Keep your side of the street clean. That means keep it truthful and boundaried. Totally understandable that you’re reeling over the loss of the relationship, but if you stop telling you untrue stories about the breakup and your ‘worth’, you will still have to grieve but you won’t have the acute feelings caused by untruths.

Identify what you’re saying to and about you that’s extending your pain. How are you, as I put it, “making you special”? For example, all they’ve done is not be in touch. That’s The facts. You’ve taken it to, for example, [My ex] isn’t in touch because I never mattered. It’s not your ex not contacting you that’s hurting you but what you’re saying about it. And, I get it. We all do it when we’re hurt and angry. But if you’re serious about moving forward and not being in so much pain, you have to start being more truthful with you.

Advice Wednesday #5: My Ex & I Are Very Close (Includes Nude Sleepovers)--Why Does He Sleep With Eve...
Getting Past Your Anger & Getting Out of Stuck
How our perceived entitlement to what we want is keeping us stuck and why we need to challenge what ...