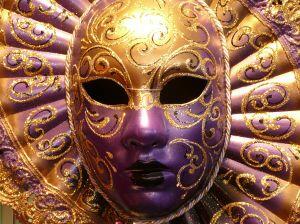 There is one thing that is missing out of my relationship with the boyf, and it’s drama. I don’t miss it, I don’t want it and when I compare previous relationships and this one, aside from the fact that they were all annoying assclowns or Mr Unavailables, there is a serious lack of drama.

We have a fun, exciting relationship which has a new dimension with the bambino thrown in and I do not miss all of the negative feelings that are associated with the type of drama that comes your way when you’re in a dubious relationship.

My days of being drawn to relationships that only serve to make me feel bad about myself are long over, but there are many women out there that are inadvertent Drama Seekers.

It’s not that women sit there and think “Hmmm, I really want a guy who is a tosser and will treat me like sh*t and cause me to feel bad about myself whilr chucking me crumbs from the relationship”, but it’s what they chase nonetheless.

Many women love men who cater to the negative things that they believe about themselves, love, and relationships.

They keep flogging these dead horses and being with these men who as a result of the type of relationships they offer, create a lot of drama. Hence, if we love these types of men we in turn inadvertently love the drama that they bring to the table.

In my book Mr Unavailable and the Fallback Girl, I talk about when emotionally unavailable men blow hot and cold and manage down your expectations so that they can maintain The Status Quo. Quite simply this is:

Mr Unavailable likes the comfortable middle ground that he has defined for the relationship. If you imagine a relationship on a scale of one to ten, this is the magic number five. If you try to dump him, things slip below five and he’ll blow hot to pull it to above five as a buffer. Obviously when things are above five, let’s say he gets shoehorned into taking you out twice in one week (!!), he’ll blow cold or lukewarm to manage things back to five.

Now on the flipside, if you’re a Fallback Girl, you will have your own part to play in this because this middle ground actually comforts you because it appears that things are chugging along, albeit nowhere, but you also actually like things going below or above five.

This tooing and froing back and forth above and below the middle ground is your drama. His blowing hot and cold signals something internally that says that you should get invested and prove yourself. This all feeds into the vicious circle of drama, which in turn creates the very uncertainty and anxiety that you profess to hate but that you actively (even if it is inadvertently) create.

The trouble with you is that you don’t feel comfortable at any stage of the relationship scale because of the type of relationships that you engage in.

Each stage of happiness or unhappiness brings out other fears and different levels of distrust.

When he takes things below five, you really do hate it but it does cater to the negative things that you believe about relationships and yourself, so you do derive some level of comfort from it and it also places you back in the fighting zone to battle to bring it back to five and above, and you love doing this because you believe no relationship is worth having if you’re not fighting for it and living in drama central.

When you are both merrily coasting along at five you will gradually become irritated because you will wonder when things will take a turn for the worse, or you’ll crave for him to take things to a higher level and realise the potential that you have placed on him. Of course, when it is above a five, you’re still suspicious because you know that you expect it to be a five or below, so even if you were with someone who could give you an eight, for instance, your distrust and insecurity could drag it below five, all of this catering to the self-fulfilling prophecy.

You like drama. In fact, you love and crave drama. There was a time when you thought that this was about the pursuit of excitement and may have even believed that it was a phase, but when you have attempted to go out with emotionally available guys, you were uncomfortable and now you believe that real passion, love, connectivity, and companionship are found with emotionally unavailable men that make you jump through hoops.

Go out with Mr Unavailables/Bad Boys/Assclowns/Jerks/whatever you want to call them and no matter what you profess to want, you are seeking drama.

Are you a drama seeker? Your thoughts?

Guest Post: Get A Life!
More Translations: I Don't Want To Hurt You, You're Out of My League and other such sayings...
Bastard Syndrome