Is There A Difference Between Disappearing and No Contact? 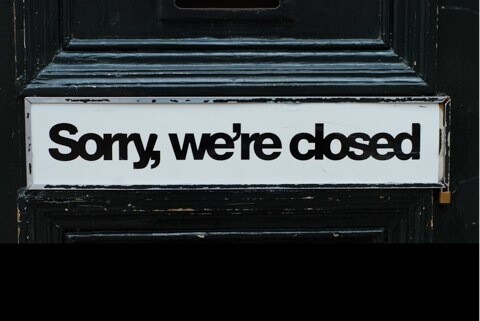 Dee’s ex kept pursuing her periodically for over ten years until she stopped taking his calls and emails. “Ten years of anxiety about when I’d hear from him next or what the hell he wanted with me is enough. I’m not gonna guilt myself any longer and it’s my own time I’m wasting. He knows why I’m not accepting contact from him – we’ve been broken up for TEN years!”.

For anyone, under any illusions about disappearing and No Contact, while they appear to have similarities, they are different.

To disappear is to leave secretly and without explanation. The core difference with it and NC is there’s no secrecy and plenty of explaining and warning has gone beforehand whether or not the person chose to heed it. Disappearing in relationships is really about a current relationship where you have the right to expect that they’re still showing up for the relationship job. It also refers to when you’re dating someone and they vacate abruptly and without explanation.

‘Disappearers’ exit either permanently or for a period of time, returning often without warning or explanation to manage down your expectations and train you to expect that they’ll disappear. They may press The Reset Button. They tend to be either avoiding conflict, panicking about delivering on grand promises, juggling another relationship etc

You may also believe they disappeared if they did warn or explain but you didn’t think it was the end of the discussion – that is where disappearing and No Contact cross paths.

Unfortunately that ‘end of the discussion’ can be subjective and sometimes they think there’s nothing left to say, especially if they don’t want to continue the cycle. If they disappeared after a few dates, regardless of how well they appeared to go, they likely don’t feel it warrants an explanation.

No Contact is generally a post breakup tool and it’s what cements a decision to break up that’s already been made AND communicated whether they’ve chosen to heed what you say or not.

It’s cutting contact both physically and communicatively to put distance and boundaries between you, heal, and move forward, and is often used when when they don’t respect your wishes and your boundaries. You might also go NC if you’ve been pursuing them after you’ve broken up and engaging in what you’ve come to view as embarrassing and/or humiliating behaviour.

You’ll have discovered they were a NC candidate either during the relationship or when you tried to break up with them and discovered you couldn’t shake them off.

Unless they’re dangerous, NC is not what you would use to break up for the first time as it would cross into disappearing as you abruptly vanish from an existing relationship.

In reality, people break up all the time without having to employ hardcore NC but being healthy enough to recognise that some distance is required and not expecting to continue on with the fringe benefits of a relationship when it suits. That’s not disappearing – it’s respect and life.

The relationship is broken. That means it is time to move on. If you had a healthy relationship, you might remain friends, but equally you might not.

People with reasonable levels of self-esteem and healthy relationship habits recognise that you cannot grieve the loss of a relationship if you are still emotionally invested and/or the other party has license to screw with you.

Every day, many people break up by uttering the words ‘I want to break up’ (or whatever) and following through. It’s tricky, it’s uncomfortable, they likely have some awkward discussions and arguments, but they do it because they recognise that if one or both people’s hearts aren’t in it or they’re not able to get what they need/are incompatible, it’s time to let it go.

NC tends to be used for:

Assclowns – they either have narcissistic tendencies or are narcissistic so you absolutely will not get rid of them out of your life until you cut them off. Trying to reason with them is like rationalising the irrational. In the worst cases, you may need to disappear instead of just rejecting contact.

Unavailable people – they may have narcissistic tendencies, but the bigger issue of why NC arises is that they’re commitment resistant, so they don’t like endings, struggle with ‘abandonment’, and their actions don’t match their words.

Those without pride – any form of attention keeps feeding the fantasy and they’re crossing boundaries.

Casual relationships – they’re informal and ambiguous, and if the other party is hard of hearing, they’ll keep floating around in your life treating you like a gap filler.

Once you’ve broken up with someone and they know it yet you can’t shake them off, you do not have to explain why you are distancing yourself – they know.

Yes breakups hurt, yes they’re a pain in the arse, yes some people can and should handle them better, but unless you both mutually agree that the relationship isn’t working, one of you is not going to like the decision.

With NC, people tend to fall into one of three camps:

They tell the person, even if they’ve told them a thousand times before, not to contact them, and then start NC.

They take the previous discussions and/or the fact that they’re already broken up as them being told and start NC.

And then there are some who use NC to play games and provoke the person into being and doing what they want – this is the 2nd instance where NC crosses paths with disappearing because it’s with the intention of going back & trying to get things on their terms.

In theory, I’m NC with a number of exes, but actually I’m living my life. If I’d let them, they’d still be contacting me today. I haven’t disappeared – there was a clear breakup at some point but I had to opt out of the madness of them either trying to screw me or screw with me. If you’re not OK with the post breakup mind f*ckery whether it’s of yours or their making, you don’t need to wait around for them to be OK with you not giving them easy access. NC all the way. You might be friends one day (if they treated you decently in the relationship) but you’re obviously not friends now and ultimately, you have your own life to lead.

Do we really need to forgive?
Valentine's Day: Notes On Love From Me To You
Podcast Ep.120: When A Friend Distances Or Cuts Off (Friendship Series)