Mindfulness In Relationships: Reduce The Worrying & Fantasising By Getting Back Into The Present 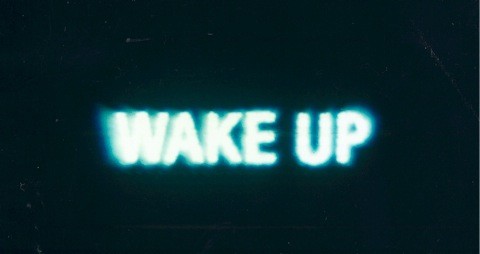 As someone who seems to have a natural aptitude for a busy mind, I’ve worked hard over the past few years to reduce the amount of time and energy I spend worrying and ruminating, especially as at times it’s affected my health. A few months back while listening to a talk on meditation, the speaker said something that immediately clicked with me and reflected my own experiences:

Mindfulness is about being in the present – not worrying about what isn’t happening and not trying to anticipate what’s next.

I recognise this as being one of the fundamental qualities of my relationship – unlike days of old, I have spent the majority of my relationship being too physically, mentally and emotionally connected to the present to be affected by anxiety, rumination, dissatisfaction, fantasising etc.

It’s important to remember something here: All of this time spent anywhere but the present questioning things, trying to work out what’s happening is pretty futile when you consider that the bulk of the answers actually reside in the present.

I went through a phase about 2-3 months into my relationship where my insecurities kicked in: When is the other shoe going to drop? What’s the catch?

Realistically, the act of riddling yourself with anxiety is like trying to look ahead using a vision and mentality that’s essentially made up of your beliefs, unhealthy, unrealistic and otherwise, and asking “Mirror, mirror, on the wall, how am I going to eff this up and fall?”

“I need to know if this is going to work out” a friend insisted recently. I told her it’s a bit like seeking assurances that the person isn’t going to get ill, run down, or have a bad day some time, or that even if they don’t know you, that they must know right now whether they see a future with you.

You need to be putting in the energy, effort, and emotion and enjoying and engaging in your relationship now.

If you’re not putting in these ingredients, which cover off your love, care, trust, respect, and discovering whether you have shared values, and you’re not enjoying it and you’re not engaging because you’re off in LaLa Land, what’s the point? Also what’s with the desperation to ditch your ‘old life’? Relationships, when they’re great are a wonderful addition to your life, but when you’re desperate for each relationship to be ‘it’, it’s like a blood soaked invitation to the shady sharks in the dating pool.

It’s not that you can’t look a little ahead but do you know what lies beyond there? “Should” and “Must”.

Next thing you’ve forecasted what you think the relationship should be, often based on assumptions and ego, not reality, and are prescribing what should and must happen and then busting your own and their proverbial balls about what hasn’t happened yet. “Why am I not good enough?”, “What can I change about them?”, “If this was going how I thought it should, they’d have asked me to move in by now or told me they loved me” and other such guff.

You don’t need to absolutely know that something is going to progress especially when you’ve barely known someone a hot minute or you’re not even that into them. The sheer number of people I hear from who invest so much energy worrying and anticipating who actually aren’t that fussed about who they’re with, they just want the validation of being chosen, is scary.

How about you live the relationship first, get to know them, and enjoy the present?

On the fear front, this invariably brings the relationship (or you) to its knees if it’s not nipped in the bud. Whoever you’re with is not your ex, or your father / mother, or whoever you have unresolved issues with. If you want a reasonably healthy relationship, you both need to have a decent level of personal security.

Let me tell you from personal experience – looking for reassurance that they’re not going to leave or that they’re not your ex and vomiting out your fears that actually exist independently of the relationship anyway, is not attractive. It doesn’t scream “Let’s make a future together” but it does raise concerns about whether you are cut out for the relationship and it flags up your trust issues.

At the very least, if you’re going to distrust someone, at least do it on merit – based on actions in the present, not what’s going on in your busy mind trying to work out what they might do.

Is it fear? Or is it knowledge? Fear means it’s not happening and knowledge means it is but that you’re not acting upon it and possibly even writing it off as fear.

If you spend too much time out of the present trying to anticipate what’s next, it’s actually fantasising. You will miss way too much and detach from the present. Geeing yourself up about what’s next will drain whatever battery is left in your fledging relationship. It’s exhausting for both of you, even if they play along with it initially and then of course have to backtrack after over-promising themselves or even violating the Trade Description Act by mis-representing themselves.

Someone else told me that they spent a lot of time thinking about what might be next – living together, meeting parents, marriage. They’d been together for just under two months and it was mostly long distance.

If you’re struggling to stay present, it’s time to ask: What is wrong with now? Why are you so dissatisfied? It’s like inadvertently communicating, “Now and in the near future isn’t good enough”.

I should also add that if you live in the past in your relationship, it means you’re treating the relationship as if it’s over. Even if you’re still in it, it’s like you’ve left the building.

It’s natural to think about the future a bit but it’s not so natural to exit your present or be ruled by fear. If you spend more time in the present, not only do you get to know them, your relationship, and ultimately what you want and how you feel, but the present can grow and soon become your future. This means what’s happening in the present can be an indicator of what may be there in the future. But there’s no point in anticipating what might be next and plotting out a fairy tale if the present is pretty lacking.

Do you know what you have to do? Pull over.

It’s like going too fast on the relationship highway – slow down, pull over, get your bearings, calm yourself down, talk rationally (and compassionately) to yourself, reconnect with the present and essentially get your mind off the Fear or Fantasy Motorway and get off at Junction Reality.

Another thing that I’ve learned is that you don’t have to chase after every thought. “Ooh a thought has entered my mind – I must think about it for as long as it stays” even though you actually stoke it. Next thing, the whole day has gone by while your mind lurches its way around.

Are you hanging with a solo thinker or a team player in your relationships?
Podcast Ep. 142: 'Getting' Commitment
On being the 'bigger' person: Why it's time to stop engaging - choose how you want to respond
Share this...