Revisited: Is it love? Or is it fear, drama, and pain? 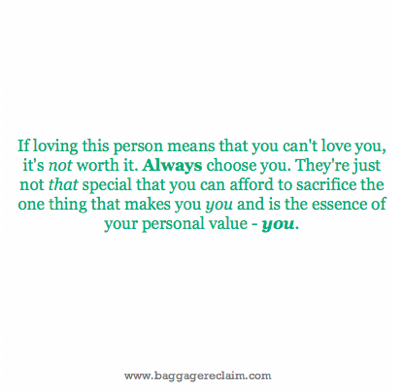 When people tell me stories that are basically the equivalent of heavyweight dramas, I realise that many of us mistake “suffering” in our relationships for “love”. We think that it’s ‘normal’ to have to forcefeed someone our affections, to campaign like a telemarketer battling objection after objection, to feel like we’re being ‘abandoned’ even if we haven’t been an actual child for a very long time, to see the potential in someone who we believe doesn’t ‘know’ how they feel or has ‘difficulty’ showing it, and to accept what can come down to quite frankly very assholic or at the very least neglectful behaviour in our lives.

Now there will be times in a relationship where you’ll experience conflict, where each of you may feel hurt due to something the other has done and where you basically have to work harder at your commitment to one another, but this isn’t the same as being in regular, ongoing pain. In a mutual relationship, you’ll come together to weather the rough seas and you’re not going to have to shut down your feelings and suppress your identity to anaesthetise you so that you can remain in the relationship.

I’ve got no problem exchanging a cross word with a partner but I do have a problem in being treated in a manner that’s basically the equivalent of slow torture with me writhing in pain and them throwing salt on it, and maybe even jabbing me with a stick periodically to see if I’m still going.

Pain is not love; it’s pain.

When you mix up the two and think you’re suffering in your crusade for love and that only ‘real’, ‘passionate’ love is painful and hard to come by, it’s important to realise that there are many people who would pass on putting themselves through this kind of pain and opt for ‘loving love’ instead.

There are times in my life where I’ve experienced an intolerable level of pain. So intolerable that my health plummeted. The more that I hurt, the harder I fought for the relationship because I thought that there would be a tipping point and I’d go from being in some sort of personal hell to skipping through meadows. I wanted this person who I’d banked what little self-esteem I had on to come through, because the alternative was being left to pick up the pieces. I felt so dejected and rejected so of course when I garnered their limited attentions and affections, it was like that six months starving in the desert – the crumb now looked like a golden loaf.

Really, if you don’t regard and treat you well, it won’t take much to impress you.

Any ‘ole person can come along and put on their emperor’s new clothes and give you superficial affection during an intense period laden with promises, and it will feel like all of your Christmases have come together in one go.

Much of the pain stems from fear and drama and we mistake our feelings of fear and sometimes seeking or creating drama, as ‘love’, and this is because we have poor relationship habits honed over an extended period of time, likely from childhood. Some of these very painful relationships feel like ‘home’ which is why standing on the spot, jumping through hoops, feeling like nothing is good enough and being wounded by criticism or withdrawal of affection may have a powerful draw for you. You’ll want to right the wrongs of the past and if you can win them over, you believe that it will correct or cancel out whatever happened with a parent or previous partner, even though it won’t.

We convince ourselves that love is what lies on the other side of approval and the drama and pain comes with all of the trying to get it from the reluctant or defunct sources who will make use of your need for approval.

The pain of this pursuit seems more valuable, than say, a person who matches their actions and words and wants to treat you with love, care, trust, and respect. You’ll probably feel suspicious of that. What? No pain? What’s the catch? you wonder.

What you learn though as you become aware of your relationship habits and harness your pattern is that if you don’t address your self-esteem and your beliefs about love and relationships, your perception of what love encompasses becomes very destructive.

It becomes the acceptance of crumbs.

If you don’t reconcile who you think you love with the reality of who they are and the relationship you have, you’ll fail to process those feelings of drama and fear for what they are – fear and drama – and as long as you are doing this, you will continue to fall into a cycle of poor relationships that result in similar experiences.

Fear and drama make you dependent on surrounding yourselves in experiences and factors that make it more comfortable for you to believe that this is how things are.

Fear causes inaction and we end up being comfortable with the pattern of the very uncomfortable, because it seems far more uncomfortable to make positive changes that will not only make us accountable for our own happiness (or misery), but will throw the spotlight on where we are expending our emotional energy and reveal some uncomfortable truths.

At the end of the day, only you know your experience but if you have been involved with the type of person who yields poor experiences on a habitual basis, there will be many familiar things about what you’re experiencing and that’s a sign in itself that not only is something very wrong, but you’re actually gravitating to patterns that you can recreate over and over again, and that’s not love when it ends up causing you so much pain, fear, and drama.

The litmus test of all this, is if you develop a healthier relationship with you, which will result in healthier beliefs about love and relationships, will you still want this person? Will you still love him/her? Or, will you finally realise that you haven’t experienced mutual, nourishing, love yet and have in fact been mistaking pain for love?

If loving this person means that you can’t love you, it’s not worth it. Always choose you.

We can't keep trying to recapture the beginning of a relationship; we've got the present to live in
The Trap of the (Returning) Childhood 'Sweetheart' Part 2
Have The Willingness To Listen To Your Gut