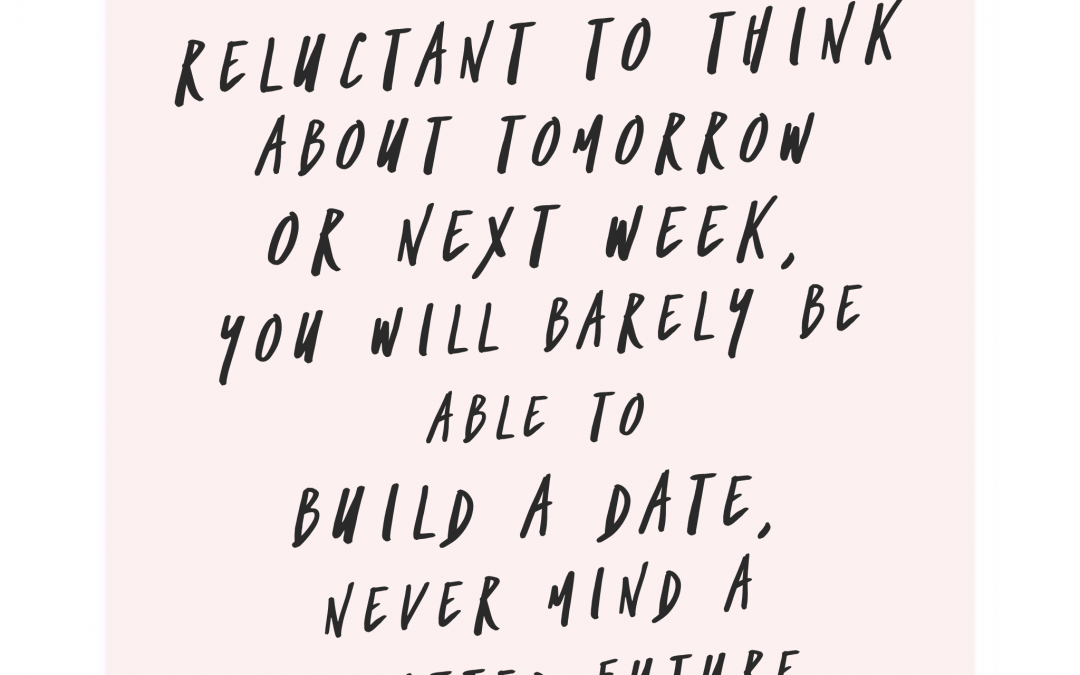 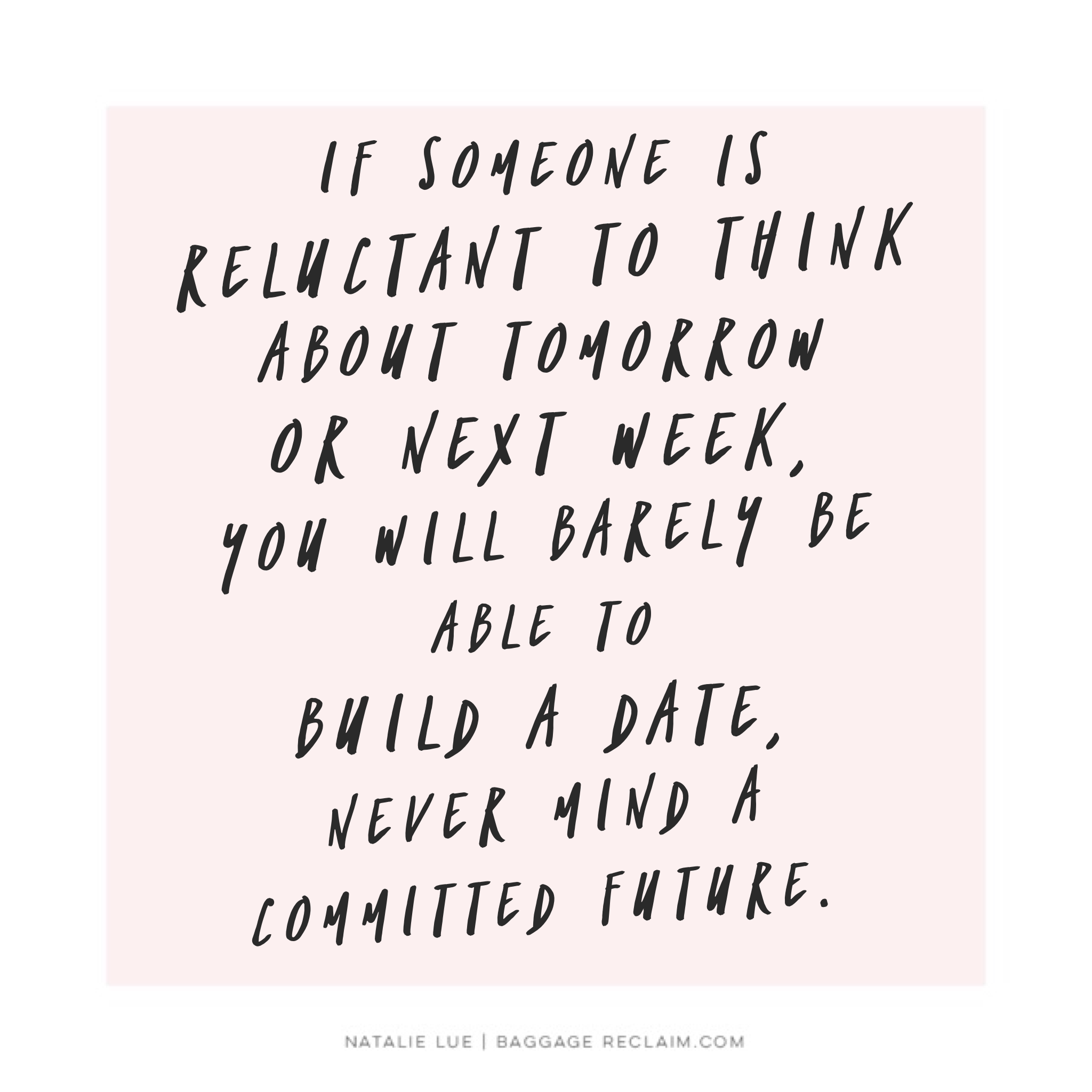 This morning I was half-watching BBC Breakfast where they were interviewing the actress who is starring in Up In the Air with George Clooney. I don’t know much about the film other than it’s directed by the Oscar-nominated director of Juno and that it’s about a corporate hatchet man (George Clooney) who travels a lot and has to fight for his job due to the economy just as he’s approaching his goal of getting a ridiculous amount of frequent flyer miles and… well I lost interest after that, until I caught a glimpse of a scene between himself and a young woman he’s working with.

She believes in romantic love and is asking him questions while they’re doing some work and seems perplexed, confused, and at times annoyed at his inability to be emotional and grasp the concept of a future with someone. I rewound it back several times because George’s character (actually he’s a real life Mr Unavailable as well but that’s by the by…) captured the emotional black hole that many of us have thrown our energy into with Mr Unavailables.

“What happened to Alex?”, she asks.

“She had to leave town early to get to a meeting”, he responds as if talking about paint drying.

“That’s too bad. Where does she live?”

“We don’t really have that kind of relationship”

“What..um..kind of relationship do you have?”

“It works for us”

“Don’t you think there’s a future there?”

“I never really thought about it… What’s going on here?”

“Really never thought about it?”, she says in total disbelief.

“How can you not think about that? How does it not even cross your mind that you might want a future with someone?”

“It’s simple. You know that moment when you look into somebody’s eyes and you can feel them staring into your soul and the whole world goes quiet… just for a second?”

“Yes”, clearly assuming that they’re finally on the same page.

There you have it ladies and this, while it is fictional, does capture the fundamental problem with being involved with Mr Unavailables. Just like I talked about in yesterday’s post about how our love doesn’t equal their love, they’re not thinking what you’re thinking, they don’t look at things in the same way, and they don’t really give a damn in the way that you want them to give a damn.

This conversation resonated with me because I’m pretty sure that when the Mr Unavailable who triggered my epiphany all those years ago was asked about what was happening with me, he would have said something along the same lines, and in fact did when I eventually confronted him about it. I outright asked him how it couldn’t have occurred to him until a few months after we’d been involved that he wasn’t ready for a relationship and why he hadn’t said anything, and he quite simply hadn’t thought about it!

The female character is making the mistake of only looking at things from her perspective.

In her world, people don’t get together and not consider where things may be headed. What she doesn’t realise is that normal, well-adjusted, empathetic people who don’t just think of themselves, will consider the future and the other person. Mr Unavailable is a short term, reactive person, who rides with how he feels at that moment. He assumes if you’re on for the ride, that you ‘get it’ and if you don’t like it, you’ll get off the ride.

In this guy’s case, it works for him, he doesn’t think about the future, and he’s happy being this way.

In real life, if you’re involved with a Mr Unavailable, or assclown for that matter, you will find that it won’t work for you, that you will think about the future, that you won’t be happy being the way that he wants you to be, and that you also won’t be happy with him being this way. As a result, you will attempt to change him and keep hoping for more, thinking that he’s been missing the love of a ‘good woman’. It’s either that or you will go to great lengths to change yourself as way of inspiring him to become emotionally available, in essence, making their unavailability your problem.

Mr Unavailables don’t think about the future and when they do, they quickly flick back to the present time.

If they ever considered the implications and the consequences, they’d think twice about a lot of the things that they do, but they assume that they can charm and talk their way out of it, especially if they think that you’re loving them more than they deserve to be.

Mr Unavailable is very of the moment. It’s out of sight, out of mind.

This is why you can’t fall into the trap of being reactive too, because it will be a case of neither of you thinking and considering consequences plus you never really get to think about the bigger picture and whether this is what you really want.

This is applicable all year round, but particularly at vulnerable times of year like this, it’s important to remember that when you get that pathetic text, or that paltry email with a crap joke or seasons greetings, or the hung-up call, the feigned stumbling voicemail, or the false cheery phone call, that much like when we get nostalgic and forget what a dipstick the object of our misguided affections is, that they get nostalgic too and temporarily forget that they have nothing more to offer and that they are likely to switch off and withdraw when the nostalgic period passes.

One of you needs to think about the future because living in the moment is causing you to have lingering pain that affects your future.

Look at the bigger picture. Remember what has happened and use that as a marker to get an idea of what is likely to happen now… or in the future.

My ebook, Mr Unavailable and the Fallback Girl is my guide to understanding the dynamic between emotionally unavailable men and the women that love them and is available to buy and download.

Quote is from Up In the Air. From Paramount.

Relationship Advice: I didn't know that I was the Other Woman. Help!
Keeping It Real About Online Dating - The People Supermarket
I Believe In Being Honest...As Long as It's What I Want to Hear: Can you handle the truth?