Podcast Ep. 132: Fear of sacrifice, loss and being trapped 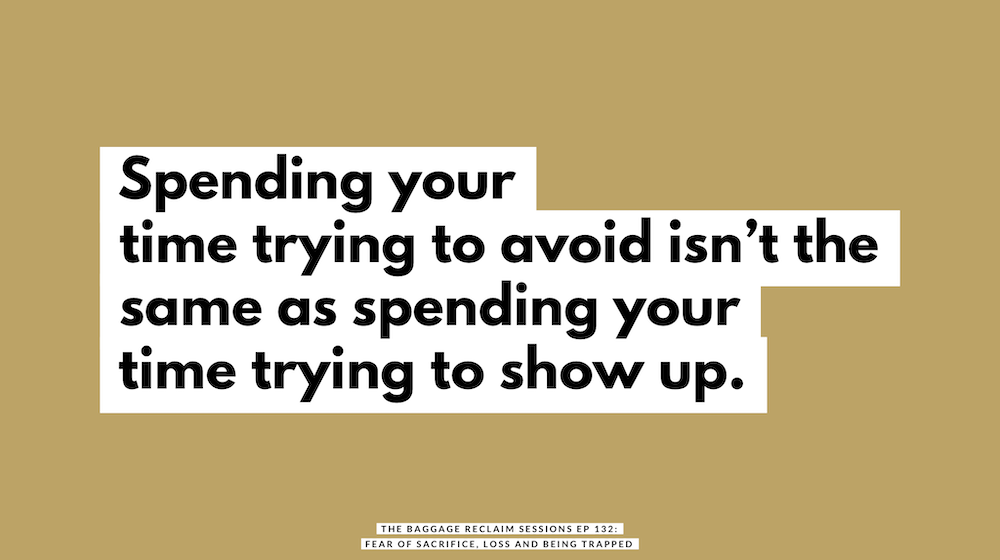 While talking about dating and relationship anxiety in episode 130, I touched on fear of sacrifice, loss and being trapped. In this week’s episode of The Baggage Reclaim Sessions, I explain why part of our struggle to be, do and have the things that we want, romantically and otherwise, is about us being afraid of what we associate with the consequences of getting what we want.

Many people associate with relationships with loss of freedom and experiencing pain.

What are we afraid of?

If we associate something that we want with adverse consequences, so with being in pain, feeling guilty and as if we’ve betrayed people, loss of ourselves, money, career, etc., we’re not going to be, do and have the things that we want. We will delay and avoid them.

It’s possible to be afraid despite no actual danger being present.

It’s one thing to be afraid of being hurt, but if we believe that relationships are a source of pain, we’ll behave in line with that. We have to act in line with our beliefs, otherwise, it’s not a belief. Cue the self-fulfilling prophecy.

Love isn’t a reward for being a good person, and we don’t like this
Podcast Ep. 208: Scope Creep Makes Your Boundaries Beep
Podcast Ep. 47: Why Did We Break Up? #4 – Love's Young Dream