Podcast Ep. 167: Texting Anxiety – Why didn’t you text back? 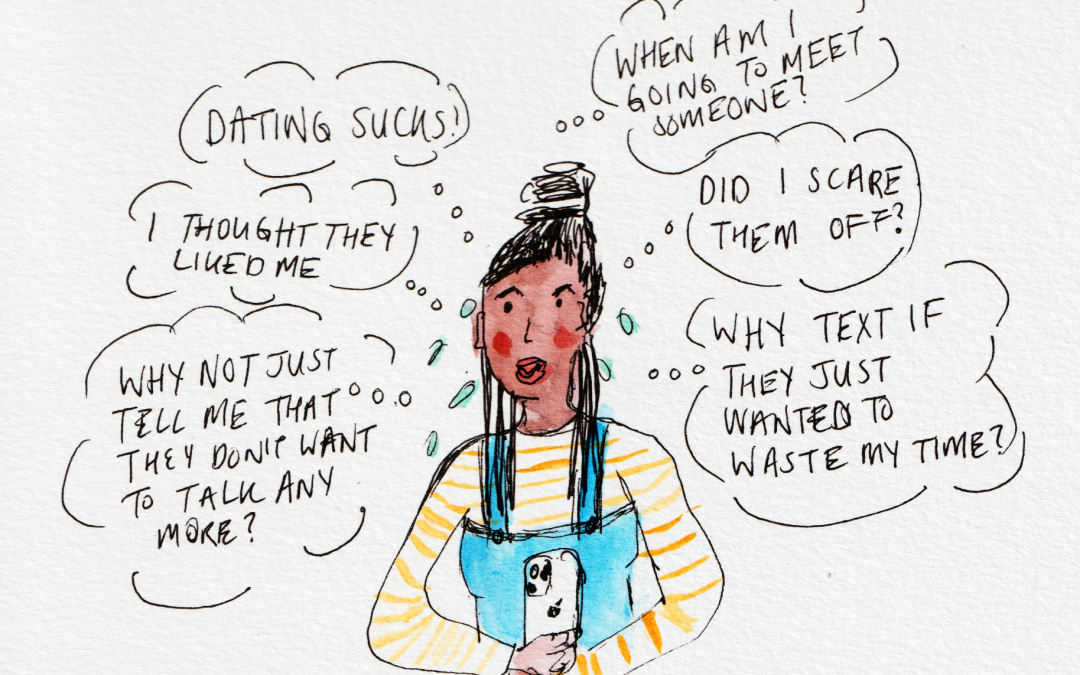 This week’s episode of The Baggage Reclaim Sessions tackles the subject of Texting Anxiety while dating. I talk through three scenarios: corresponding for several minutes and then it stopping, becoming dependent on the pattern of texts and panicking when it deviates, and feeling robbed of a relationship when things don’t progress after sexting.

Texting all day every day with someone you know, never mind a veritable stranger, isn’t sustainable. If you have the time to be chained to your phone all day, something or someone isn’t getting your full attention.

It’s a lot ‘easier’ to monitor someone’s movements online, including when they were last online or whether they’ve read your text or are typing, than it is to be vulnerable, present and intimate.

Podcast Ep. 186: Following Through On Intentions & Words With Action
Podcast Ep. 77: No More Friend Zone, Apology Dodgers, Breaking Up With Your Vision
Podcast Ep. 171: Waiting For The Other Shoe To Drop
Share this...