Podcast Ep. 3: The Critical Parent’s Effect on You, Mixing Up Boredom With Fear of Being Alone With You, Stop Putting It Off 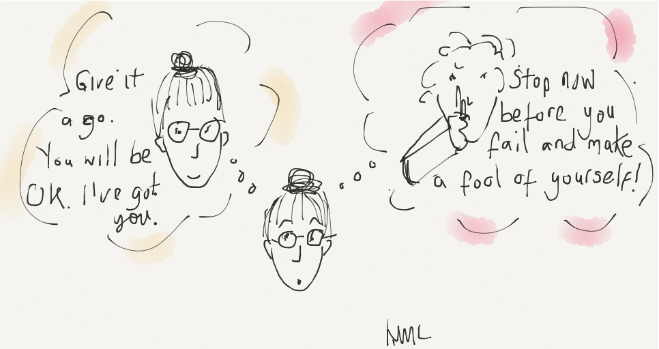 It’s that time of the week again! The third episode of “The Baggage Reclaim Sessions” podcast has just become available.

Each week I cover topics around empowering you to discover and reclaim the great you that already exists, offloading excess emotional baggage, and navigating dating, interpersonal relationships and tricky situations.

I also feature a listener question plus I share something from that week that has helped me to know and care for me better.

Here’s what I cover in episode 3:

Trying to speed up a relatively new relationship due to fear of uncertainty: Why do we do it and how to calm down before you end up sucking the joy out of your experience.

Why boredom can be code for ‘fear of having to spend time with our own thoughts and feelings’: After I got talking with somebody who goes on dating sites and apps out of boredom, it got me thinking about how we can end up doing destructive things when we’re not engaged in living our life because we don’t like who we are or how we’re feeling.

Listener Question – Do you have a couple of quick tips for dealing with passive-aggressive people? This listener is struggling with a nightmare coworker who says one thing, does another… and won’t own up to it.

What Nat Learned This Week: I’ve realised that the amount of time we spend putting off something that we need to do is far greater than the amount of time that it takes to do it plus when we put off what we think are awkward conversations, they too often end up being far less awkward and dramatic than we predicted.

You can listen to this podcast below.

Podcast Ep.17: Happy New Year! (Nat's 2015 In Review)
It's Not The X Factor: Stop Treating Dating Like You're Auditioning For An Expert Judge
Podcast Ep.14: Long-Distance Love or Avoidance?, Listen To Your Body, Bullies At Work
Share this...