Since when did personal space become such a ‘bad’ thing? It’s OK to need some breathing room to deal with something! 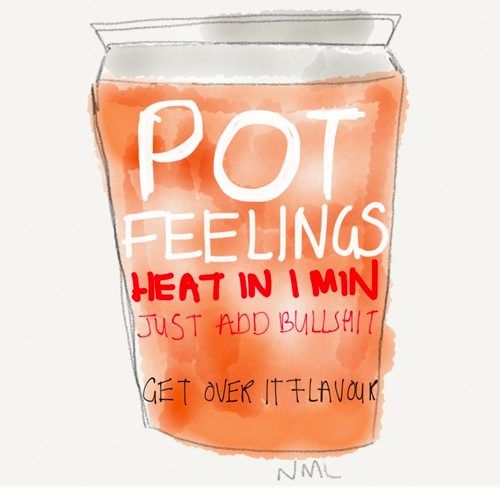 When people share their stories of their struggle to ‘snap back’ to the way things were after something has happened and the seeming pressure from others to forget about an issue, to speed up their grief fast, to ‘talk’, to ‘be friends’ and to basically get over something or someone at somebody else’s speed, I can’t help but wonder, Is personal space dead?

Why do we feel so much guilt, blame, shame and resistance to having our own emotional, mental, physical and spiritual space? It’s our right. Since when are we supposed to be able to process everything in an instant like those cheap microwave noodles? We’re humans and we need time and space. Granted some of us need less or more of it but why the hell do we keep judging ourselves for 1) being human, 2) being ourselves and 3) not being over something yet?

Let’s be real here: the reason why some people move past things quickly is because they never ‘stopped by’ in the first place.

They do avoidance and aren’t too keen on the feedback they could get from what they experience on their life journey which is why they don’t experience too much growth and ultimately why they don’t learn and why you’ll probably find yourself in the same situation with them in a matter of time. Some people have about as much compassion and empathy as a stone so of course they’re over something quickly – they never felt it or weren’t affected because they weren’t the one experiencing the brunt of it.

It is normal to need some space whether it’s emotional, physical, spiritual or all of them. It is your right.

It’s normal to need some space after a big discussion or argument. You don’t have to make up or have a conclusion and resolution right now this minute. It’s not about dragging it out but you’re probably not going to feel better or make sense of something if you’re being hurried to forget about it or agree to the other person’s perspective.

It’s normal to need some space while grieving.

It’s normal to need some space while trying to come to terms with a trauma, a big change or a big revelation.

It’s normal to be out of touch for as long as is needed after a breakup. You.Broke.Up. For the record, can I just say how downright ridiculous it is that someone would break up with you and then have the brass frickin neck to try to guilt you about not being ready to be their ‘friend’ or chief ego stroker or backup plan? You.Broke.Up. If you feel mad, bad, sad, or whatever, they’re your feelings for you to come to terms with and there is nothing wrong with what you feel. One day you will feel ‘good different’ but as long as you ignore your feelings, you’re going to feel worse.

It’s normal, n.o.r.m.a.l to put some distance between you and a relative, friend, acquaintance, neighbour, coworker etc who repeatedly crosses boundaries or due to whatever situation has arisen, has left you needing to make some adjustments so that you are better emotionally, physically, mentally or spiritually positioned to engage with them in the future. Can’t a human catch a break?

It’s so unbelievably normal to want space from an abusive person and it’s even more normal to want long-term or even permanent space from them. And yes, that does include relatives who feel entitled to abuse you because their blood is coursing through your veins.

So let me get this right? You want to beat me / threaten me / verbally abuse me / crazy make me / lie but I can’t even spend five minutes in the toilet to catch my breath? I mustn’t decline to let this continue? I must just take it? Oh well of course you’re not going to give me space because I might just get some strength and a life!

Some people are afraid of space, as if they fear allowing you to have what’s rightfully yours will mean that you figure out who they are or you get to be a better person who might handle them differently or who might just move on and be done. Personal space is seen as a weapon against their freedom but you know, imposing ones self upon someone never leads to anything good…

Most of us cannot deal with someone practically sitting on top of us telling us to change our feelings or our thoughts. No one has the right to hold you hostage to their agenda.

Not all of us know our opinions and feelings within two seconds and can come back with a quick witted response.

Most of us need time to make good decisions for ourselves. When we try to be The Most Easygoing Person On Earth TM, we say yes in haste and then regret at leisure and all for the sake of making other people feel comfortable and/or to avoid conflict, criticism and disappointment. And then experience them anyway.

When exactly did personal space suddenly come at such a high premium of guilt, blame and shame?

It says more about the person than it does about you if they don’t even have enough basic empathy and respect to allow you to have enough space to feel and think, even if it’s not on their beat. It doesn’t matter how they do things – you’re not the same person!

When someone doesn’t respect boundaries and has possibly grown up in an environment where boundaries were ignored or even the shadiest of stuff had to be suppressed and ‘moved on from’ rapidly, they’re not going to ‘get’ why you can’t or just simply won’t do as they expect.

What I feel in response to a situation isn’t necessarily ‘right’ or all that I’m going to feel but at least I recognise and acknowledge how I feel which gives me the chance to consider where it comes from and get clear on my perspective. This couldn’t and wouldn’t happen if I kept censoring me to appease other people’s ego’s and timelines!

The key in all of this is not only respecting your right to personal space but also not feeling ashamed of having your own needs, wishes and expectations, values, feelings and opinions. You need personal space in the form of just being able to have these as a basic – respect your own boundaries because each and every time you ignore your feelings and thoughts to appease another person, you erase a little bit more of you out of the space you have here in life.