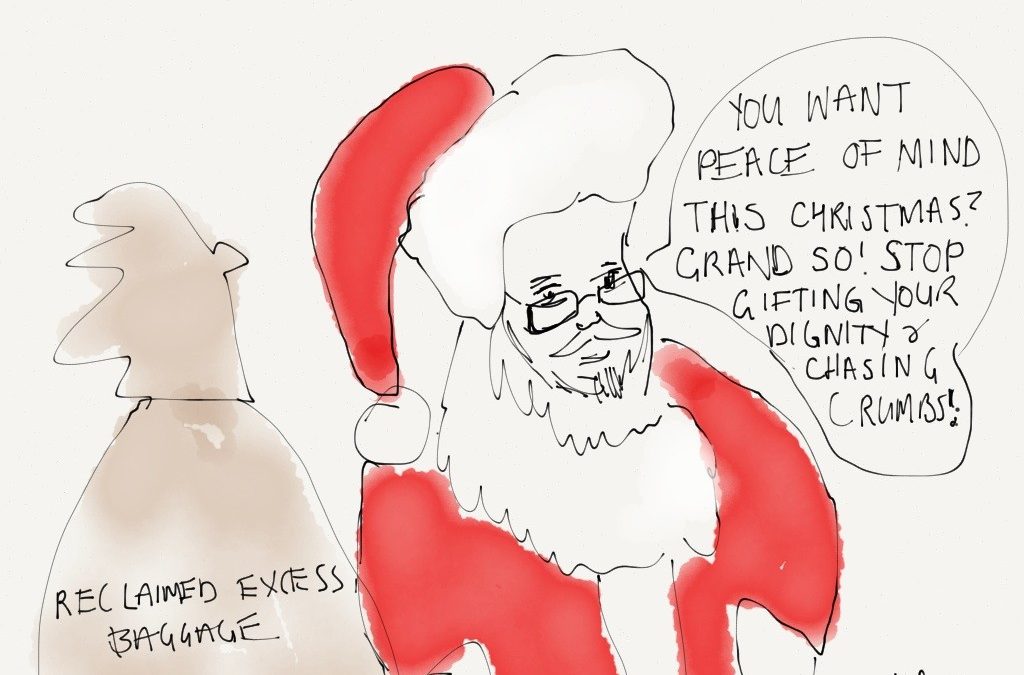 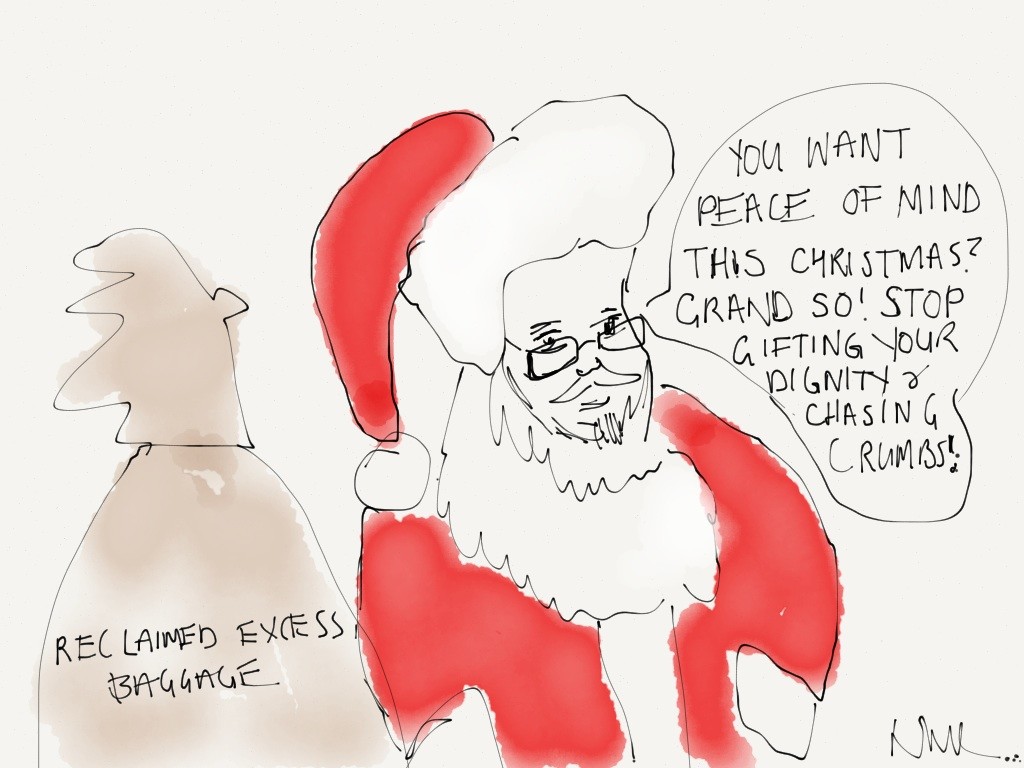 My inbox is filling up with stories from people who pretty much expect a Miracle On Assclown Street to happen this month. If not that, they’re certainly thinking that this month defines how well they’ve done as a person this year. It’s the whole ‘December’ thing. Every year, people around the world develop temporary amnesia due to it being Christmas or as Americans call it, The Holidays. In much the same way people suddenly get a new lease of hope for even the worst of relationships because of Valentines Day – It’s a day of love! Maybe dinner, some wine and that song that was playing when we first met (that they don’t even remember), will breathe some life into this flatlining relationship! – we pile on way too much expectations and build up this month into more than it is.

We criticise and judge ourselves by holding us up for comparison against ‘everyone else’ and then become convinced that we’re the only ones who are alone, that staying with somebody who mistreats us is better than no one at our side on the 25th, that we’re the only ones who have a family that don’t have the type of Christmas that could be featured in a TV ad, or that only ‘not good enough’ people struggle with this month. Suddenly a relationship that made sense for us to sprint in the opposite direction of only hours, days, or weeks ago, becomes the something that we can’t possibly get through the month without.

December prompts us to call up exes or to be receptive when they fish around, to try to squish a new involvement into something more serious, to will ourselves to just to get through the next few weeks while praying for a conscience or revised persona to turn up on our partner in the new year, and to even plead that our affair partner leave their relationship asap before it’s too close to Christmas. We overspend, we dread having to deal with family and imagine all sorts of scenarios that wind us up, and keep wondering if this could be the year when our family becomes the one we’ve always envisioned for ourselves.

I know so many people who feel embarrassed about their family being less than perfect and I can count on one hand, the amount of people I know who have drama free families. The stories I’ve heard just in the playground this week make me think my own family are tame! And that’s saying a lot!

As I’ve said in one of this blog’s most popular posts, It’s JUST Christmas/The Holidays – Stay off the Relationship/Drama Crack, “For people who are struggling with their self-esteem or an unhealthy relationship, you spend eleven fricking months of the year handing your power over to other factors such as your current partner, or an ex, or your job, or your past, or your family or whatever, and now December comes along and it’s like it owns you……

……. This is bullshit! It’s no wonder we get angsty about it when we’re being sold ‘Christmas’ from as early as October – we’re being sold and if you don’t have the presence of mind to remember who you are, your values, and the fact that there’s eleven other months in the year, you may end up doing something in the short-term that leaves you with a medium to long-term hangover.

It’s just The Holidays. Yes it can be a pain in the bum if your family are crackerjacks and descend into arguments at the dinner table (that would be mine), or you’ve fallen out (that was us three years ago), or you’re hurt (I’ve ticked a few Christmases off with that one), or you feel as if it highlights everything that’s missing from your life, but don’t get things twisted – it’s just a few weeks and you can make them as big or as small as you want to, but whatever you do, put yourself in the driving seat of your own life. 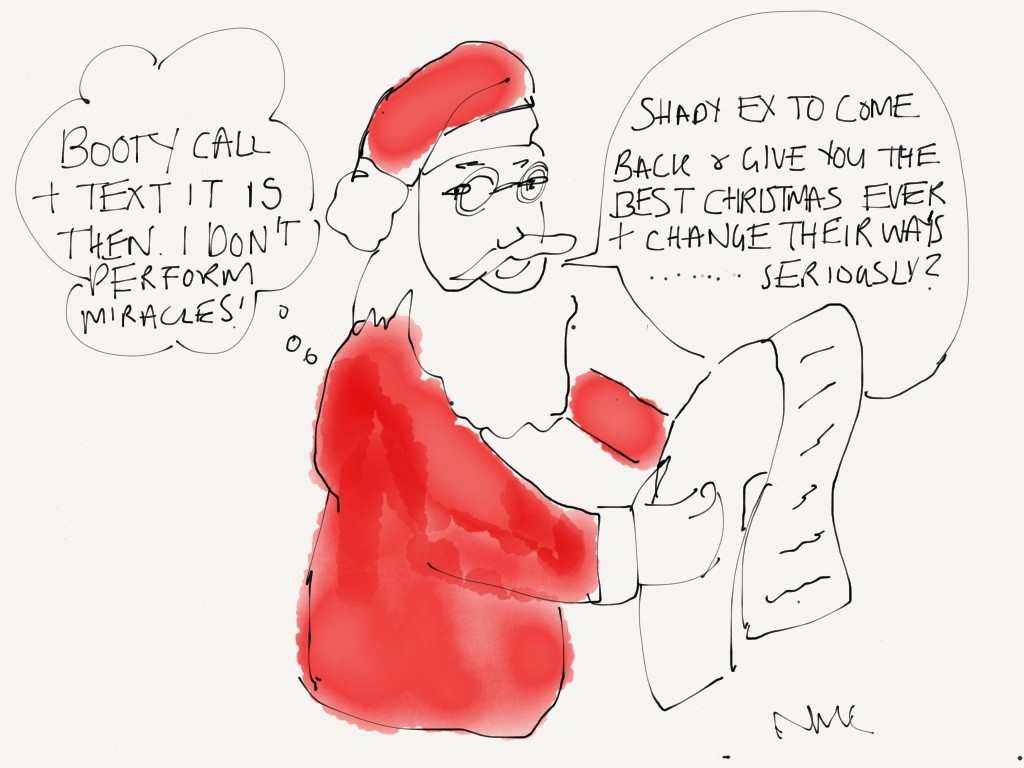 Whatever your religious inclinations, the true meaning of Christmas/The Holidays was never about opting back into a poor relationship to massage your ego for a few weeks or holding onto something that detracts from you just so you can say that you’re miserable but you’re with someone.” 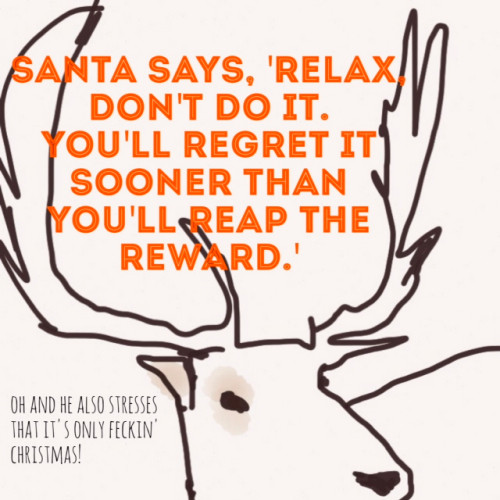 Come back to earth.

Why Are You Still Single?
Excerpt from The No Contact Rule: Getting Trapped By Your Own Feelings
Criticism isn't the same as rejection. Yes, really.