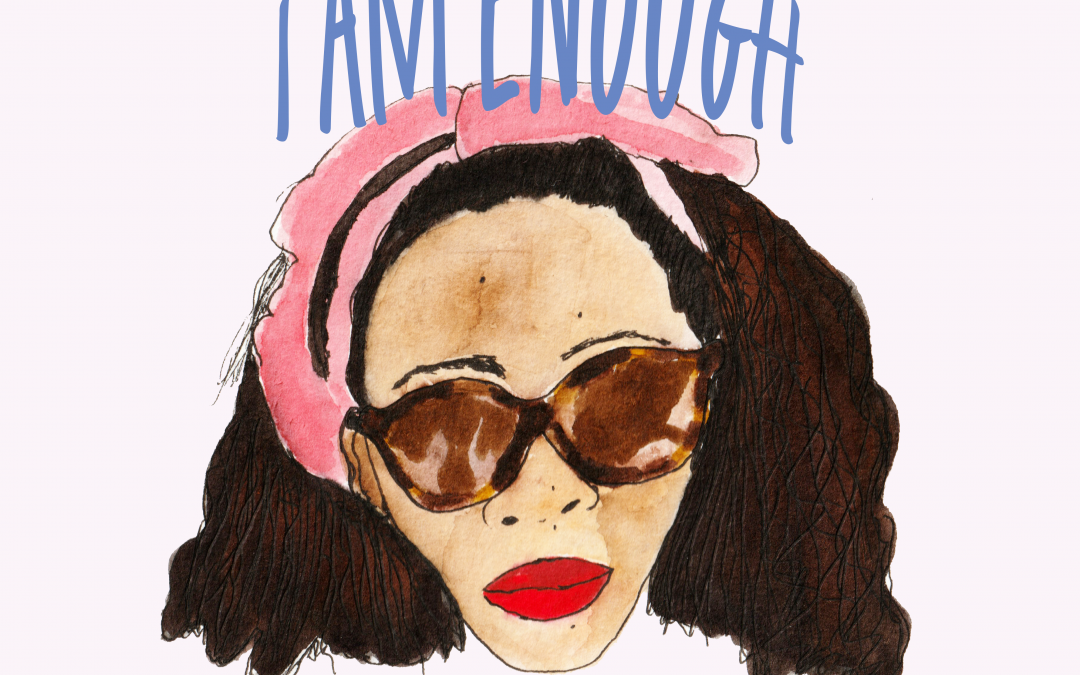 For some of us, feeling not ‘good enough’ is as familiar as breathing. Feeling inadequate and worthless from a very young age is why I’m a recovering people-pleaser, perfectionist and overthinker. Believing it drove me into painful relationships forcing myself to be something I’m not. It’s why I haven’t always understood or been aware of the existence of my boundaries and bandwidth. My default setting was that I have to be and do more to counteract my inherent unworthiness.

However we’ve come to learn that we are not ‘good enough’, the shift occurs when how we live our life becomes about unlearning that message.

Each time we experience something we don’t like the look/feel of, we look for reasons to make sense of it. If we believe we’re not good enough now as adults, it’s because we blamed our worth in childhood many times. It’s something we’ve learned to be, not because it’s true, but out of habit.

My default was to judge me as not ‘good enough’ each time someone treated me without love, care, trust and respect. Each disappointment that signalled that I didn’t get what I needed or wanted became another reminder of my unworthiness. Blaming other people’s deficiencies on my inadequateness was akin to saying I was capable of Jedi mind tricks. I didn’t question it, though, and I didn’t realise how my actions and thinking reinforced my belief.

The watershed moment in my healing was recognising that I would never blame or shame a child (or anyone else for that matter) for the things I used to hold over my head. It meant recognising how ludicrous it was to blame my two-year-old self for my parents’ breakup and that blaming and shaming my younger self for other people’s feelings, behaviour and deficiencies, was grossly unfair and cruel. Something I frequently remind Reclaimers of is that, for example, inadequate parenting doesn’t equal inadequate child.

The burden of the ‘I’m not good enough’ belief, though, isn’t entirely self-created.

Our worthiness isn’t to blame for, well, anything. And, yes, we are often far too hasty to criticise and judge us when life doesn’t play ball. But we also live in a world where many of us are socialised to be people-pleasers. Family, tick. School, tick. Church, tick. Peers, tick. The random person who crosses our boundaries but expects us to be polite, tick. People-pleasing communicates the message that our needs, expectations, desires, feelings and opinions are not as valid or important as someone else’s. It teaches us that we become enough when someone else shows or tells us that we are. It, along with perfectionism, teaches us to associate our worth with being needed, praise, rewards and influencing and controlling other people’s feelings and behaviour. Unfortunately, this is a moving goalpost thanks to humans ever-changing moods and whims. We learn to second-guess ourselves and overthink.

We also live in a world that teaches some of us that who we are or how we look makes us inferior.

It teaches us that because of our race, gender, background, sexuality or appearance, we are second class. We pick up subtle, overt and direct messages that we are unworthy of humane treatment, equal rights, equal pay, peace. Advertising and marketing communicate it. The system that excludes, penalises or shames us communicates it. People’s judgement, on and offline, says it.

We are taught from childhood that if we ‘work hard’ and ‘be good’ that we will succeed. As a result, we mistakenly believe that we’re in a meritocracy environment. We think it ignores the very factors that we’re made hyper-aware of by those that need us to remember our place.

It’s no wonder that with all our efforts to please and prove ourselves that we believe we’re not ‘good enough’.

And so part of the journey of learning to know, like and trust ourselves in spite of how others may treat us, is recognising that these problems aren’t emblematic of our ‘enoughness’. We mustn’t use other people’s flaws, biases and hate to judge us and become our internal narrative. As exhausting as it can be, at times, to disagree through how we live our life anyway, we can’t collude with the lies. It’s also crucial to recognise that we were raised in a time with a much lower level of awareness. We know better, even if others still don’t, so we can do better by us.

I’ve gradually learned how to treat me with love, care, trust and respect, but there are parts of me that do still throw up pangs of inadequacy. The intense conversation about race over the last couple of weeks reminded me of things I’d clearly done too good a job of forgetting. But I’m OK. I’ve learned to know that even if I’m not always treated that way, I’m still enough anyway. And you are too.

Recognise your ‘I’m feeling inadequate’ habits. Which thoughts, feelings, actions and situations prompt you to blame something on you being not ‘good enough’? Thoughts precede feelings, so even if you initially jump on the train of thought, noticing means you can jump off. The more aware you are of your ‘I’m feeling inadequate’ habits, the better you become at changing the narrative. What can you think, say or do instead? Over time you will notice that instead of riding the train of thought to station 22, you get off at station 15, then 13, and so forth.

Do You Have a One False Move (& It's All Your Fault) Mentality?
These "good qualities" you cling to, why aren’t you benefiting from them?
Are you treating all conflict and criticism as 'bad'? Negative associations strike again!
Share this...