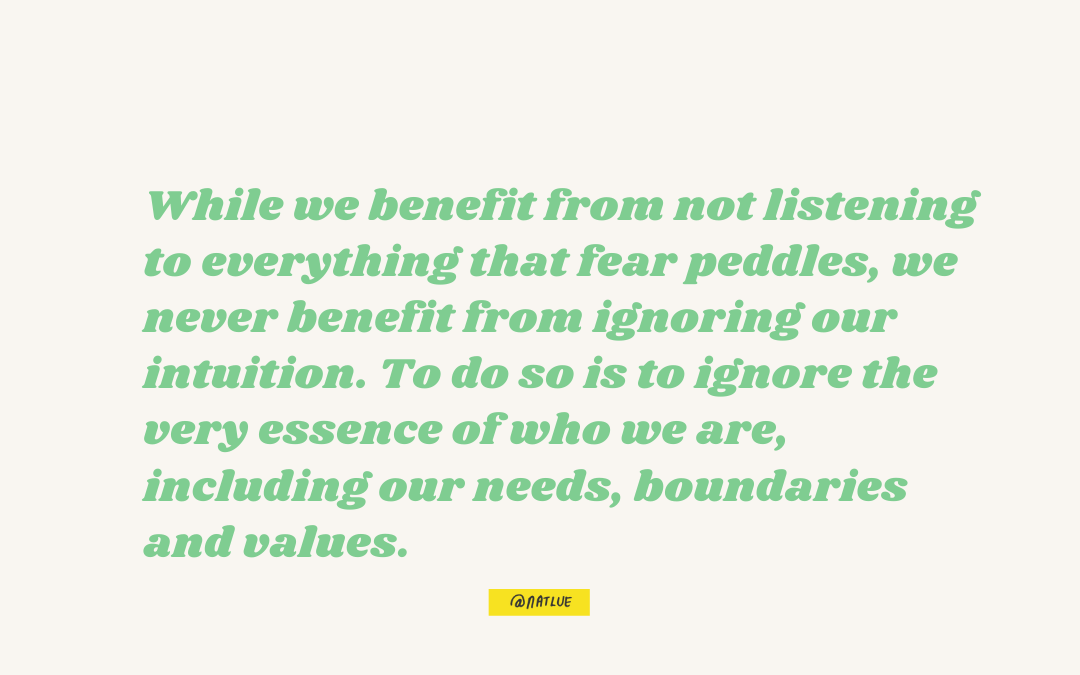 When we’re truly honest about why we ignore red flags or what I call code amber and red alerts, it’s because we want whoever or whatever it is to become our ideal person or situation. We’re in pursuit of a far-out fantasy. And if despite the odds given the red flags, we achieve this ideal, we’d feel as if we’ve won big, including righting the wrongs of the past.

Given that every last thing that humans do is about trying to meet emotional needs, ignoring red flags is our attempt at taking shortcuts to do this. We’re gambling with self-doubt and ego. Part of our logic, acknowledged or not, is that given that whatever we’re ignoring is problematic, we think that the other party (or parties) will feel obliged to rectify at some point and come good. This is especially so if we’re ‘efforting’. This is where we use the likes of people-pleasing, perfectionism and over-responsibility to try to control the outcome. We think these will make it more likely that our ideal will be more possible. To be clear, it won’t.

Our gambling and shortcutting is why it hurts so much when we inevitably get hurt.

Ignoring warning signs that something is off, that there’s incompatibility, not enough data to be as invested as we are, that we need to go slower or acknowledge danger, is dangerous in and of itself.

We’re not listening to our body, including our intuition, or paying attention to information right in front of us.

If we’re hanging on so that something/someone can become ideal, it’s because we have already acknowledged they are not. Ignoring red flags in the early stages of something in the hopes that it will get better in the future is oh-so-common. The thing is though, we’re actually receiving warnings that it won’t.

We could all undoubtedly benefit from listening to fear a lot less. It’s safe to say that it runs far too much of our lives. But we can’t and won’t benefit from ignoring our intuition because it means ignoring the essence of who we are, including our needs, boundaries and values.