Who holds the powerbase in your relationship? 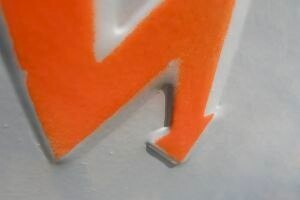 In recent weeks, I’ve been speaking to several people who feel ‘powerless’ and ‘helpless’ in their relationships. In some instances, it was only after the relationship had ended that they recognised that there was a severe imbalance in the relationship that caused the other party to effectively hold position of power, or ‘the powerbase’.

Now it stands to reason that if you feel helpless, powerless, and that everything is on the other persons terms, you’re not the one holding the powerbase.

What I have tended to find in talking with people and the many emails and comments is that in poor and dysfuntional relationships, someone always has more power than the other. In the dynamic between Mr Unavailable and the Fallback Girl, he holds the powerbase because he couldn’t fall back on or default to a woman unless she was allowing him to, or he had managed the situation through both obvious and subtle means to get the relationship to operate on his terms.

In a healthy relationship that involves two people with each other’s best interests at heart with both of their feet in the relationship, no-one has more power over the other. Yes, in risking yourself and actually being in a relationship where you are committed to each other and have shared your feelings, and love, trust, respect, and care about one another, you both have the power to hurt one another, but this is not ‘power’ in the sense of one person having the ability to control the dynamics and actions of the other person.

Sometimes the power is assumed. In this instance, for example, a Mr Unavailable blows hot and cold, which manages down the Fallback Girls expectations so that she learns not to want, need, or expect too much from him and when she does too much of any of these, she is effectively penalised with a rush of cold. Mr Unavailable is all about having the relationship on his terms and the struggle arises when you, the Fallback Girl try to get him to come around to your way of thinking and play more fairly.

Often the power is given. Many people are just waiting for someone to come along and validate them. They almost end up being in awe of their relationship partners and in having so little self-esteem and wanting to be the ideal person for them without actually questioning whether that person is even the ideal person for them, they immediately take an almost submissive role in the relationship.

Even if this doesn’t happen from the outset, the powerbase can end up being established either in the first and subsequent acceptances of bad behaviour or when there is conflict.

A classic example of this is when the ‘powerful person’ cuts off and disappears and they are welcomed back with little or no question, or even if there is an argument, a signal is sent that they can get away with it.

Likewise when the ‘powerful person’ ends the relationship, usually suddenly, and often for a ridiculous reason, and they turn the tables and have the other party practically jumping through hoops to get back with them, this also firmly establishes the powerbase.

If you have little or no boundaries in relationships, the other person will hold the powerbase because you basically are giving them carte blanche to do whatever the hell they like without fear of consequences.

If you love someone unconditionally who not only is unworthy of it but loves you conditionally, you give them the powerbase.

If you become someone who talks a good game but doesn’t back up with actions (empty threats, ultimatums, defining the relationship talks that never go anywhere), you do not hold the powerbase because you repeatedly send a signal to them that no matter what you say, you’ll be there yabbering on letting them do exactly what they want to do.

If nothing or very little you say or do causes anything to change, you have little or no power, or you just don’t know how to use it.

It’s very difficult to wrestle power off someone who has enjoyed the fruits of their power trip. They certainly don’t want to share the power because that dynamic doesn’t work for them as they wouldn’t be in control.

If you’re fighting someone who is struggling against being a decent person in a decent relationship, isn’t this a waste of energy? They’re not going to validate you, balance up the power, and then you both live happily ever after. Isn’t it better to figure out why you are giving up your power in the first place and build up some energy or use whatever little reserves you have within to do something so that you can get back to you?

The funny thing is that the best way you can stop being helpless and powerless is to recognise that you are actually more in control of this situation than you realise and to opt out. Someone cannot enjoy power over you when you’re no longer around to give it to them or you no longer do what they expect.

Yes, stop doing what they expect.

People who are very powerful are use to people doing what they expect from them and what they want.

They feel out of control when you deviate from what you have taught them to expect from you.

We teach people how to treat us and what to expect from us. If you don’t want to feel the misery anymore, you must start teaching them something different. Now. Not in a year when he’s met some arbitrary deadline in your head for him to ‘improve’ and has failed. But now. Because being happy isn’t something you plan for, it’s what you get on with doing now.

Why Dating Is a Discovery Phase To Work Out If You Want a Relationship (With Them)
What Changed? Making The Positive Choice To Choose You
Should I Give Him A Second Chance? Or a 3rd, 4th, 20th?