Advice Wednesday: Should I Let My Ex Know About My BPD Diagnosis? 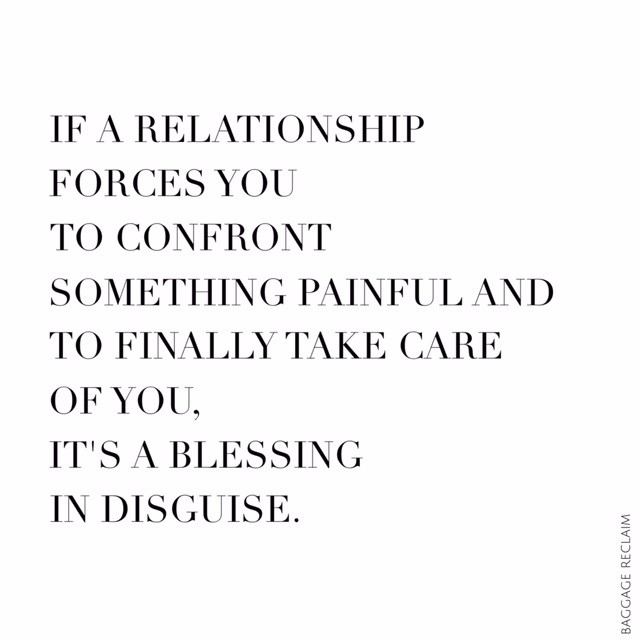 Stephanie asks: One year after my ex broke up with me, I have been diagnosed with Borderline Personality Disorder. We had issues; I was clingy/jealous, he was avoidant/promised more than he could keep. I offered to seek treatment, spend time apart and try again, but he said he needed a “clean break” and since then he has ignored me whenever possible. I haven’t been involved with anyone since as I am terrified of being left by and/or hurting another person. I am also not over his lack of empathy after the breakup (blanking me in the streets). Weeks after, he started dating someone new and they’re still together.

I don’t want to resume the relationship but wonder if I should inform him about my diagnosis as it contributed to things. I wonder if him ignoring me and jumping into a new relationship is his way of protecting himself/forgetting past hurt. He knows I’m truly sorry and in treatment. Do you think it would be useful for him to understand that I have a mental disorder? I don’t want him to feel absolved from everything because “I’m crazy” either. We’ve had no contact in 6 months.

I imagine that this is a very vulnerable time for you as you navigate your diagnosis. Now that you have an explanation for some of your thinking, emotions and behaviour, there is undoubtedly a period that follows where you press rewind on your mental tape, watch back previous events, analyse your own actions and his, and wonder how different things would be if you could turn back time and you were both aware of your BPD. There can also be a temptation to assume that because your actions were in part influenced by the BPD that ipso facto his actions were too, and that’s not to discount that there will have been an element of that but if everything is put on your diagnosis, you won’t see the woods for the trees. 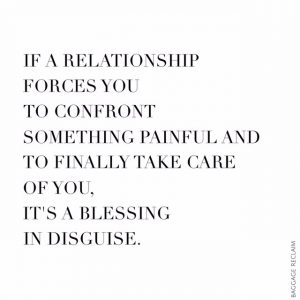 In order for you to begin to truly take care of you in and out of your interpersonal relationships and to move on from this experience which has clearly hurt you a great deal and pushed on your abandonment and rejection buttons which will be very heightened by the BPD, it’s critical that you where possible, distinguish between disorder-led behaviour and thinking versus what is being influenced by the actual circumstances that you’re in. I say this because I’ve heard from many thousands of people who were clingy and jealous with an avoidant, Future Faking partner who also have experiences in their backstory that contribute to fear of abandonment and being involved with people who fit a type that taps on old issues and allows them to continue in a pattern where they can try to right the wrongs of the past, gain validation, and try to fill voids created by their needs being inadequately met by their parents/caregivers. The overwhelming majority of these don’t have BPD and I say this to you because I don’t want you to write you off.

The degree to which you needed to gain some independence in your life (emotionally, mentally, physically and spiritually) so that you can be interdependent in your relationships reflects the degree to which he needed to allow himself to be more depended on (not codependent) so that he could be interdependent in his own relationships. As a result of your involvement with him, the pain, fear and guilt that came to the fore and the way in which you reacted prompted you to seek help and get a diagnosis—you needed this breaking point.

It is not ‘easy’ to be in an unavailable relationship whether it’s a matter of two emotionally unavailable people doing the awkward tango of their issues or whether it’s full-blown toxic chaos. This relationship must have been incredibly stressful for the both of you. I know that he did not handle things well and that his lack of empathy has hurt you deeply, but your relationship will have been triggering not just for you but also for him. This is not to excuse his behaviour but more to recognise that he’s on his own journey and that he may deal with his feelings and past in a very different way to you. His breaking point may look very different to yours. He may have decided to press the reset button and move on as quickly as possible and that has meant that he has gone to lengths to ignore you.

You say that you wonder if him ignoring you and starting a new relationship very quickly is his way of “protecting himself/forgetting past hurt”? I say, how long is a piece of string? It might be anger; it might be not wanting a scene whether that’s fear of his own behaviour/feelings/words or yours; it might be shutting out due to guilt and shame; it could be trauma; it could be that he has a parent/caregiver that elements of this involvement reminded him of. You have to go back to the top line data: you described him as being “avoidant” in the relationship and that means he’s bound to be avoidant out of it.

Many people bounce from relationship to relationship to avoid confronting the feelings that surface at the end of a relationship around loss and vulnerability but his past hurt doesn’t entirely relate to you. Sure, there will be some baggage allocation for what went on between you and him but believe me, he has plenty of other stuff in there too.

This relationship was triggering for the both of you. Ultimately you were both relating in unhealthy ways and that will have dragged each of you down. As you already recognise, it’s the right thing that you’re no longer together.

It’s hard enough when you have a fear of abandonment but this will be incredibly heightened by the BPD but no doubt there were factors that pushed you over the edge. You are not “crazy”. Did you say and do things that you regret? Sure but who hasn’t? Acknowledge the different experiences along your journey that have led you to this juncture. Have some compassion not just for your present self but also for those younger versions of you that have been dismissed as “crazy” or “needy”.

You have taken responsibility for you and that is a massive step. You are taking care of you and the bulk of your energies need to be devoted to that.

If you let him know about your disorder, you need to be absolutely clear on your motivations. If there is no agenda and you’re giving him that information with no expectation of what you will get back and more a ‘gift’ for what you think is his peace of mind, knock yourself out. If however, what you really want is to divulge your diagnosis in the hopes that he’ll display more empathy and even feel guilty about his behaviour so that you can feel less abandoned and hurt, halt. You have no control over how absolved he feels of anything. He might already feel that way. If you’re going to explain and apologise, do so because you have it to give. In this way, no matter how he responds, you will feel more at peace because you know that you did what you did from an authentic place where you considered his feelings and yours too. You will then be able to get the support you need to deal with situations like him ignoring you.

What you’re looking for from him is something that you need to give you: empathy, understanding, patience, tolerance, forgiveness. Focus your efforts on getting as much support as possible which will nourish you. Get educated about your disorder. If there is anything in your past that contributes to your fear of abandonment, working on this in therapy and treatment will help you to build your self-esteem and calm down some of the triggers so that you can lead your life. One day you will be ready to try again with a relationship but for now, you need to build a relationship with you and be choosy about who you allow into your Circle of Trust.

Even without a disorder, millions of people worry about being hurt or hurting others. I can’t promise that you won’t be hurt or even that you won’t hurt others at times–we all do–but with the right support, you will be able to forge relationships.

Have you been through something similar to Stephanie or been the partner? What [compassionate] advice can you offer up?

Are You Trying To Be 'Good Enough'? Surprise! You're Already Are.
Recognising Things About Yourself In the Man You Profess to Love - Part 1
Advice Wednesday #2: How Do I Stop Letting My Gossiping Co-Workers Destroy My Inner Peace?
Share this...