Advice Wednesday: Why Do I Have A Pattern of Valuing People Who Don’t Value Me? 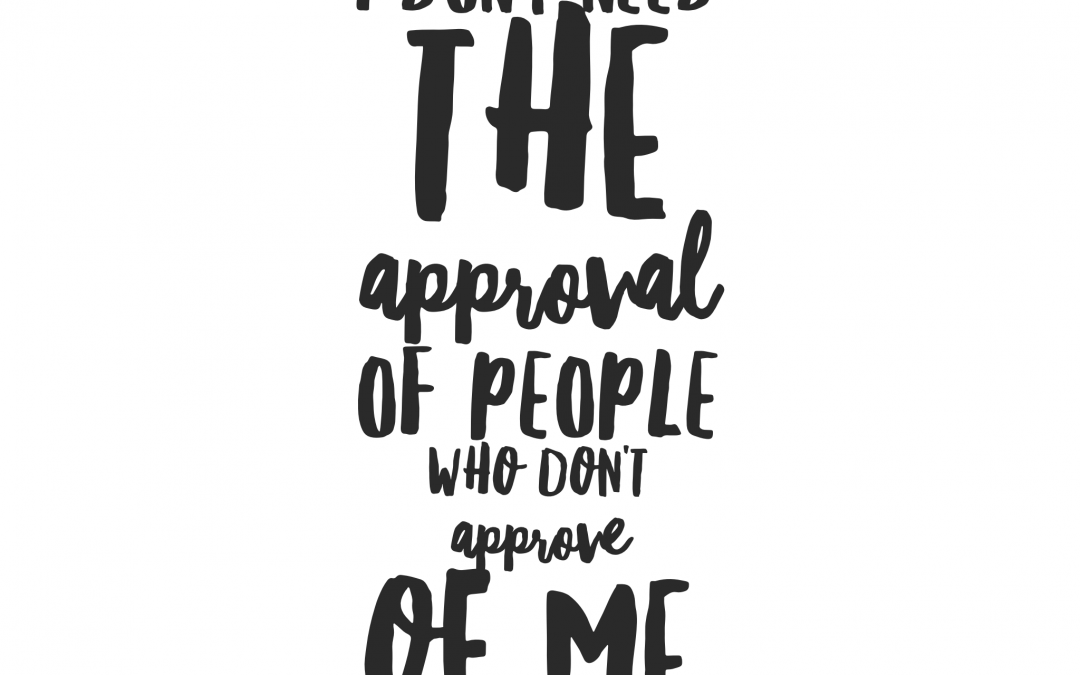 Bob asks: I have this pattern where people I hold as important to me do not find me all that important.  The best man at my wedding would never have dreamed of me as worthy of being more than a guest at his wedding.  My friends who I would have liked to have asked to house a visiting woman from a long-distance relationship, would barely ask me to do anything.

I don’t know how this plays into the dating-after-being-widowed that I am doing, but it can’t be helping, right?  That’s mostly an exercise to see if the Venn diagrams of ‘women I like’ and ‘women who like me’ will ever overlap.

You have an underlying belief that you are not important, not ‘good enough’, and this leads to a self-fulfilling prophecy. Your interpersonal relationships are feeding this narrative because one of two things is happening:

You are subconsciously elevating people that you on some level recognise are not holding you in similar regard. Aligning yourself with people who you believe don’t value you, is a protective mechanism to defend against intimacy. This is similar to when someone’s romantic interest heightens when they know that their affections aren’t or won’t be reciprocated. They get to be ‘right’ and to avoid putting themselves out there, reinforcing their perception that they are indeed not worthy and lovable. You’re essentially setting you up to fail.

Really it’s a toss-up between having not-so-good friends, or genuine friends who maybe you don’t value quite as much as you think.

Valuing someone isn’t just about the esteem that we perceive ourselves to hold them in but what we do with these people–the matching of actions, intentions, feelings. This means that we express our innermost feelings and thoughts to those we value. We ask for help, we might ask for the odd favour, or we might honour them with certain big ticket tasks, like being a best man, godparent, the person we call first when something terrible happens, or the one we break down on when it all gets too much. They are often quite simply the people we are most ourselves with.

What you have to ask yourself is whether your friend was the best man for the job? I am all too familiar with the politics of weddings and I’m a big believer that it’s best to ask people, not with a view of whether they will ask you in the future but whether they are the person we want at our side in that moment. And actually, to be a guest at someone’s wedding is valuable, believe me. Most people don’t invite guests willy-nilly.

You also might have ten people in your circle of trust in terms of friendship but your best man might have twenty or thirty and there may be little overlap so you might not know the length and breadth of the other connections relative to your own with him. He may have friendships that run back to childhood or a sibling that could easily mean that yes, he values you but they might be first in line as best man.

Then there’s this long-distance woman. To be fair, Bob, odds are that it was most appropriate for her to stay with you or in a hotel. I imagine she would have thought it was weird to stay at your friend’s and it might have been awkward for them too. I get that you wanted to ask but does that mean that they have to want to ask something similar?

Is a friendship’s mettle purely about whether we’re asked to do something?

Also, there isn’t anything stopping you from asking. Friendship isn’t about building up credit to ask, as if you have to do for them before they can for you. I don’t know that we ask our friends for that many things anyway. It’s not like olden times when, for instance, we all lived on the same square like in Eastenders, lived in each other’s pockets and kept asking for cups of sugar and to go to the pub.

I say all of this to you because I think you might be being too hard on yourself and your friendships, looking at things from a lens of unimportance and being ‘not good enough’ and that filter significantly impacts the way in which you conduct yourself. It can cause loneliness, the emotional state that occurs when you’re adrift from people you could be close with, because you have stopped sharing your innermost feelings and thoughts. If you keep second-guessing whether you ‘should’ say or do something, ultimately little happens.

You mention being widowed: that’s a big loss which in itself can cause a great deal of disconnection in friendships, surprisingly. You might worry about being a burden on people, fearing that they might spend time with you out of pity not because they want to, or some people do avoid you, not because they don’t like you but because they don’t know how to deal with your loss.

Us humans can be funny creatures, crossing the road when we see the bereaved because we don’t know what to say or because in some instances, yes, we don’t want that person to ‘rain on our parade’. We want them to tell us that they’re “fine”, not to hear any truth. Some people can be incredibly insensitive, worrying more about having even numbers at the dinner table than your feelings or even feeling that you ‘should’ be ‘over it’ by now because it’s been X amount of years or even because you’re a man.

It’s also very possible that your friends don’t ask you to do certain things because they don’t want to burden you in light of your widowhood.

Have you ever considered that maybe, just maybe, being widowed has impacted your self-image, particularly around how you feel in a social context?

The truth is, widowed or not, who you like and who likes you, are not always going to overlap.

Part of that is life, but some of this will be exacerbated if you have a tendency to like people because they don’t like you. You have to be careful of disinterest being your ‘hook’, that thing that causes you to feel invested in the idea of being involved with someone. Disinterest can, for some people, be what makes a person valuable. They might seem more in alignment with your image of you. If a woman were chasing you down, you might not feel as interested. It wouldn’t chime with the pattern of you always being under the pedestal. And, yes, it definitely won’t help in your dating life. 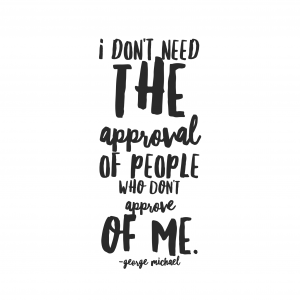 Where do you go from here, Bob? Get honest with you about these friendships and what’s really going on and try to identify the baggage behind this—how does this pattern relate to an earlier experience that you took as a lesson about your lack of importance? Be honest with you about how that experience along with widowhood, influences your thoughts, feelings and behaviour within your interpersonal relationships and think of 2-3 small things that you can ask friends to do, not as a test, but to allow you to be more vulnerable in these friendships by allowing you to rely on them a bit.

It is clear that you want to feel important and that means that you are going to have to value you but also value these friendships beyond sentiment and allow you to be truly intimate within them.

Write down a list of all of the women you have liked versus the ones you haven’t, noting the reasons, details about the woman, how you feel around them or when you think about them. Odds are, there’s a pattern. Are they all long distance? Do you have a type? What is it that makes the women you like interesting? What makes the others unattractive to you? That will help you to recognise where you’re tripping yourself up and potentially reinforcing a negative belief that protects you from vulnerability.

It’s very possible, Bob, that only being interested in those who don’t reciprocate protects you from allowing you to get close enough to someone that they might leave or you might lose them. You lost the woman you loved and married and that must have been devastating but, if you allow you, you will live to love again.

Have you had similar concerns about being valued in your relationships? Do you tend to feel interested in people who aren’t interested in you? What advice can you offer Bob?

Thank you to everyone who has submitted questions for this feature. No further submissions are being accepted. If you are a podcast listener, there is the option to submit questions for that feature at podcastATbaggagereclaim.com.

It's a bad deal if you have to compromise yourself
It Really Is OK To Admit You've Made an Error in Judgement. Yes really.
Learning How To Deal With Criticism & Conflict For Improved Self-Esteem & Relationships