Are you selling yourself short in dating, relationships and life?r 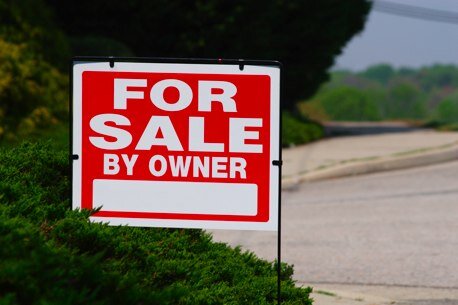 Several years ago after I broke up with my ex fiance, my mother said something that really infuriated me at the time – “You’re behaving like a woman who has no options”. It felt like a slap in the face and I smarted from her words but they stuck in my head for a very long time and in the end, I came to recognise the significance and truth of her words once my pride had settled down.

It’s true – I used to live like my only option was whatever guy I was seeing at the time and it was more important to be in a relationship and pursue this feeling of love and validation that I was looking for, than it was to be in a quality relationship. When I wasn’t in a relationship, it was like I was passing time between Mr Unavailables and assclowns, hungry to fill up the ‘vacancy’ left by the previous guy. I craved love, intensely sought out validation, and privately lived with a black cloud over my head while I outwardly smiled at everyone.

When I became ill with the immune system sarcoidosis in 2003, I was so distracted by the ‘guy with a girlfriend’ that even though I should have been focusing on my health, I was more interested on focusing on him as my only option! It was only when I ditched him that it occurred to me to start fighting for my survival and opening up my options.

In the past, my friends and family have been more than a little bewildered by some of the guys I’ve dated and looking back with the benefit of hindsight which gives wonderful 20:20 vision, I can see that I was seriously selling myself short. Why? Because I didn’t think I deserved any better.

When I got engaged, I felt that even though I had serious misgivings, I was being proposed to so I should accept.

I also cannot tell you how many times that I have willed myself to start becoming interested in someone because they showed interest in me, as if I had to reciprocate. This is how I ended up in a number of half hearted relationships and yawning my way through many dates.

I don’t think I’ve admitted this before, but the last chunk of my relationship with the guy with a girlfriend, I think I wanted to win more than I wanted him. I didn’t even like him anymore and had lost respect for him. The intensity was fading and the memories of the repeated let downs and hurts were prominent in my mind. But I had to be right so I sold myself short for several more months because of my pride.

Last week I met up with Baggage Reclaim readers both here in London and in New York and as I listened to stories from the mouths of women who deserve so much better, I wondered why so many of us sell ourselves short, loving men who don’t love us, loving men with girlfriends and wives, being verbally, mentally, and physically abused, being toyed with, used for sex, robbed of our dignity, and sometimes robbed of our money, health, friends, and family.

How much will we sell ourselves short in the pursuit of love?

And while it’s fair to say that these men (and women) who at best take advantage and at its worst abuse us are at fault, what we have to realise is that as we are 100% responsible for ourselves, we have our part in in it too.

It is us who are selling ourselves short – not them.

It is not their job to do better for us than we would do for ourselves. They can’t take what we don’t give, even though, to be fair, sometimes they do their damndest to mislead that giving.

Every day I read stories in my email, read the comments, Facebook, and even general stories via my friends, acquaintances, and of course the media, and I feel deeply saddened that there are many women who are like how I have been, believing they have no options, or their option is someone who treats them ‘less than’. It’s like we don’t believe in healthy relationships anymore and are desperate to fill up a void with somebody, anybody…just as long as they cater to our beliefs.

Here’s the thing: I know that dating is not as straightforward as it used to be and lazy communication has been enhanced by texts, email, and instant messenger, as well many people thinking that there are so many fish in the sea that they don’t need to commit, but when we believe that our options are limited or that we have no options, that limiting belief becomes very real.

When I believed the world was full of assclowns and Mr Unavailables, it was all I was interested in and dated. When I believed that there were a lot of assclowns and Mr Unavailables but that there were plenty of healthy people too, lo and behold, I saw them, met them, and was interested, with the key difference being that I actually believed that I was worthy of being with a decent guy. I don’t mean pretend believe while privately sabotaging it with other beliefs but actually genuinely believing it was possible.

Before, I acted like I had no options, not because it was what I intended but because I had limited myself to limited relationships with limited men because I didn’t believe I was capable of having a normal relationship. To be fair, it’s not like I had great examples in my childhood, but that aside, I didn’t believe a normal, healthy guy who acts with love, care, trust, and respect, would want to be with me. I was convinced I’d mess it up, they’d discover something unlovable about me and all my flaws, or they’d leave. Better to be with someone who was going to leave anyway – I was kinda prepared for it!

It suited me to believe I’d mess it up – I never really had to try and put myself out there. I’d throw my energy into the limited capacity of a limited relationship. It felt like a lot and that I was working for the relationship – I was running on the spot.

It suited me to think I was unlovable – It was like giving myself license to be resigned to dating assclowns. It meant I could keep them at a distance, cater to the self-fulfilling prophecy, and ultimately never really put myself out there because I was too busy proving that I couldn’t be loved by people who had a limited capacity to love anyway.

It suited me to think they’d leave – It meant that I was never really in it because I deep down expected them to go. That fear of being abandoned, when it was realised, painful as it was it felt familiar. When they weren’t leaving, I started acting up, and then I could convince myself they’d leave anyway. I’d forget I’d stirred things up and instead focus on the leaving me because I’m unlovable bit.

If you keep believing that the answer to your problems is someone else and external love, you won’t heed the ultimate message that you need some internal unconditional love to really experience love. This isn’t going to happen as long as you think the responsibility for loving you lies with someone else. That is selling yourself short because you’re offloading the responsibility of your happiness on others and even when you do, you offload it to people who are not responsible ‘relationship drivers’ because you’re choosing people that mirror your negative beliefs.

There are only too many people out there who are willing to go and put some crappy ‘love oil’ in your ‘tank’. You’ll ‘run’ but you’ll go in fits and starts and you won’t be healthy. The tank will never be full if you haven’t put your own self-love in the tank, so no matter how much you try and get others to fill up the void, what it needs is the reserve of your self-love. If you sell yourself short, at best you’ll be running on an almost empty tank, and at it’s worst, you’ll be running on empty. Other People’s Love tops it up although some people’s ‘oil’ is of a low grade quality that may do a lot more damage to the tank in the long run…

Stop selling yourself short. Whoever they are that are causing you pain, you can do better. When you start working through the beliefs in your head, you’ll see how much your own internal angst is limiting you. The pain you’re causing yourself – there’s another, far less painful route if only you’d start considering your options. It’s better to stretch yourself and get uncomfortable so that you do justice by yourself, rather than staying in a comfort zone where you experience limited love, joy, and happiness.

Have you considered other options other than the one where you stay, for example, with an assclown or Mr Unavailable? When you strip out the can’t, couldn’t, should, shouldn’t, won’t and other negativity impeding your belief of what you’re capable of doing, what can you do for yourself today, tomorrow, the day after that and beyond? It’s very easy to think and talk about what you can’t do, but it’s time to do the harder work of thinking and talking about what you can do. Everything else is excuses that sell you short.

If you’d like some help with working out your beliefs, check out my free workbook, Get Out of Stuck. Also check out my ebooks Mr Unavailable & The Fallback Girl and others at my bookshop.