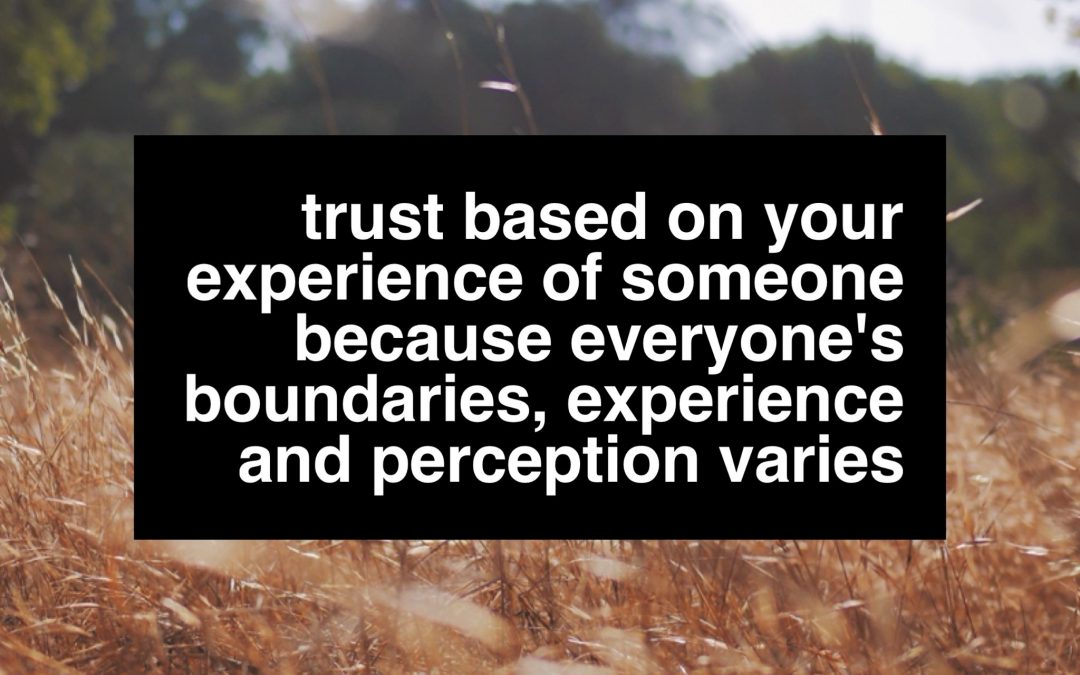 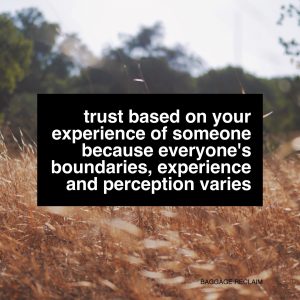 I recently chatted with Lindsey who feels caught between a rock and a hard place: she wants to break away from the person who has hurt her but she feels that No Contact would be “too harsh” because he’s her “best friend”-cue my raised eyebrows and a side-eye.

Curious as to what qualified this person to have best friend status, it became apparent that this was a friendship that had initially appeared to be above board. He’d sought her out for advice because it’s the field she works in and she’s very bubbly, helpful and she admits, rather naive. Because he’s married, she automatically relaxed and assumed everything was above board. She relaxed even more when it turned out that they had mutual friends and that their families knew each other. Feeling safe in his company, she confided in him about her shady pest of an ex and he played knight in shining armour and told the ex to back off.

She, still thinking that he was being friendly, and with her wanting some insider info on what it’s like to be in a relationship, asked him about his marriage, to which he replied with grumbling about his unhappiness and how it was breaking down. Sympathetic, she provided a willing ear and still didn’t register that maybe this wasn’t really a friendship and that there might be ulterior motives behind him confiding in her. Of course it became an affair which is now over, but it never occurred to her that the writing was on the wall for that happened much earlier on in the proceedings.

The basis of her trusting him was social proof, so taking the fact that others she knew appeared to like and trust him, and then following suit without establishing personal reasons for that trust or at the very least, rolling back her trust levels when it became apparent that he was saying and doing things that really weren’t all that friendly.

When we are unsure of ourselves and feeling particularly vulnerable, we often look to others to direct us, even if it’s in an indirect way, so if we know that Tom, Dick and Harry also like Pete, and we like that group of people or consider them to be an authority, then even if we have some misgivings about Pete, we will assume that we must have it wrong.

If Pete gives us an increasing number of reasons to feel uncomfortable, even though we might be tempted to tell Pete to jog on, we’ll doubt our instincts and even wonder if it’s our fault that we’re experiencing a different version of Pete. We’ll want to ‘fit in’ and may feel that calling him out on his actions might threaten our secure seat in the group.

It might not occur to us that how liked or trusted we think a person is might be us projecting our perception of them, or that these people might not know this person in the context that we do.

Let’s be real: there are countless examples in this world when a group of people have known about someone’s shadiness but said or done nothing about it and kept up the facade. From the outside looking in, it’s easy to think that this person is powerful, better etc., or that there’s no point in saying anything because we think, Well, who will believe us?

But it’s not just social proof at play in these situations: Lindsey trusted because he appeared to trust in her.

I think most of us feel flattered when someone demonstrates trust in us by valuing our opinion or confiding in us. What we have to be careful of is those instances where us being seemingly trusted by somebody ends up charming and disarming us to the point where we won’t acknowledge and act upon very real reasons to stop trusting them.

The fact that someone appears to trust us because they’re asking our opinion, confiding in us, or quite simply needs us in some way, does not mean that they themselves are trustworthy. It doesn’t mean that we should be distrusting but it does mean that we need to be discerning where we recognise that how we are isn’t how everyone else is. We need to recognise that life doesn’t dole out experiences in an orderly fashion where we only fancy/like people who have the same values, or where everyone who likes what we do or makes similar choices is the same, or where we are only trusted by people who are as trustworthy as we are.

We’re not obliged to automatically give trust to somebody who appears to trust us and we need to be conscious, aware and present enough to discern motives.

Sometimes we confuse someone wanting something from us with trusting us, in much the same way that we sometimes assume that being desired by somebody means that they value us. This person might want something from us and that becomes clear with the pattern of their actions if we pay close attention.

If you’re a financial expert and a friend of friend seeks you out for some “very personal” advice, you wouldn’t still be regarding them as your friend if they’re raiding your finances.

In Lindsey’s situation, being relied upon for her expert opinion and then her empathising as he confided in her and appeared so vulnerable, was followed by her relaxing and confiding in him. It blinded her to the fact that what she was sharing ended up being used to his advantage but also, that much as she saw his appearances of vulnerability as being a real show of trust in her, his subsequent actions were not in line with that assessment. It really wasn’t that friendly and had crossed to inappropriate. It’s this exact same scenario of one’s opinion being needed or being confided in in close quarters, that leads to a hell of a lot of workplace affairs.

In retrospect she can see where she was being soaped up but also acknowledges that while she did not invite his behaviour (I think you should be able to confide in someone without it being seen as a SOS to get into your pants…), that she needs to be more grounded and willing to assess on her own experience of someone rather than inferences based on a person’s associations with other people she knows.

The takeaway here isn’t to become suspicious of people who show trust in you but to instead become more aware of context and your boundaries.

Choose based on your experience of a person, not someone else’s.

Don’t bag and tag something as friendship just to make something inappropriate more palatable and normalised. There are people who will ask your opinion or confide in you because in their moment of difficulty, they might feel more at ease sharing with you than they might with someone a bit closer to home who they think might judge or misunderstand them. Sometimes a person wants a third-party opinion from someone who has no connection to anything. Don’t give up your positive qualities and become suspicious of everyone and instead, if after you help someone, the interaction starts heading down a path that feels exploitative, step back so that you gain some objectivity and take care of you and the situation with boundaries.

Make Me Official: The Obsession With Titles in Relationships.
Getting Over Them After a Breakup: When we wonder how long it will take to get over them or why we’r...
Podcast Ep. 2: Triggered? What's the Baggage Behind It?, "You complete me", What To Do When You Bump...