How to deal with feeling obliged during the festive season 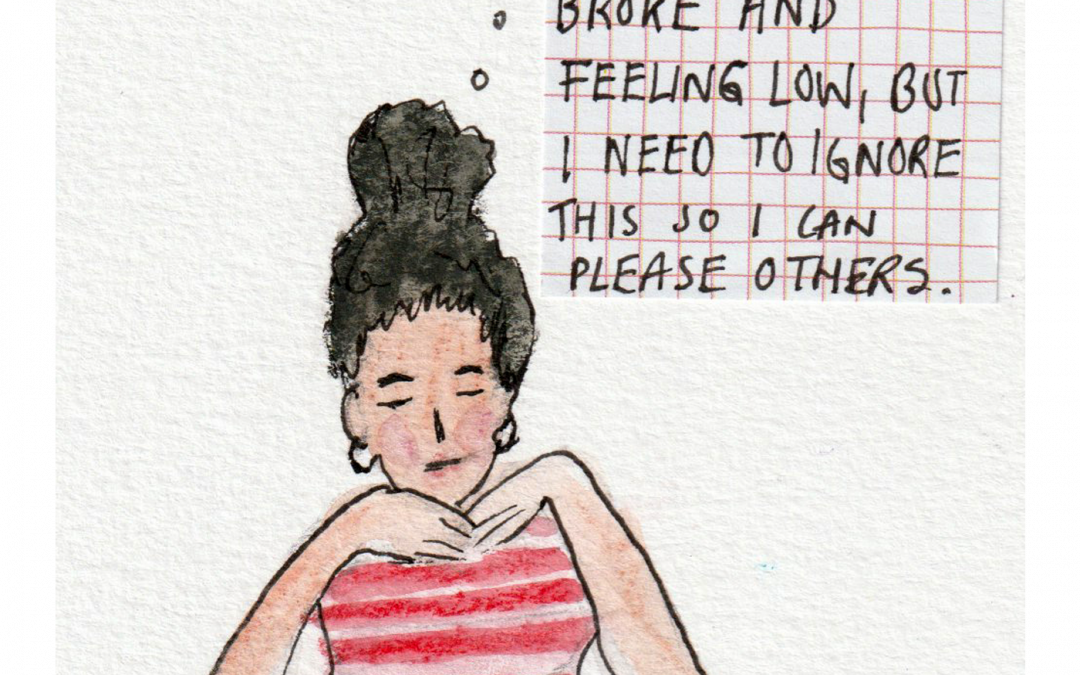 Have you felt conflicted about some of the requests that you’re dealing with this month due to the season’s festivities? If so, it’s likely due in part to the struggle of that people-pleaser part of you that struggles to discern what’s fair and reasonable.

When you continue down the people-pleasing path because you’re worried about appearing ‘selfish’, ‘unreasonable’ or not what a ‘good person’ acts and looks like, it guarantees ill-feeling. You will wind up feeling resentful and way over your bandwidth due to overcommitting, overloading you, over-giving, over-empathising and basically overdoing it in the name of being in everyone’s good books. Next thing you know, whatever free time you have over the next few weeks is assigned to other people’s priorities, whims and wants.

It’s fair to consider what you need, want, expect, feel, and think and to include that in your decision. If you primarily or only consider the other person’s perspective, this is unfair and unreasonable to you. It’s also these if you’ve already done it before and the person is taking it for granted that you will do so again.

Now, what I’m going to say next tends to send a shiver through the average people-pleaser but here goes:

You are allowed to turn down a request simply on the basis that you don’t want to. Yes, you are.

I’m not suggesting that you use this for every request; you couldn’t keep telling your boss to jog along each time they ask you to do something that’s in your job spec, for instance! What I am saying though is cutting back on your pleasing gives you a greater sense of who you are. Once you are in alignment with that, it becomes your baseline of what you say yes and no to.

If what you are agreeing to takes you away from your values and boundaries, it’s fair and reasonable to decline on that basis.

When you don’t base your life around ‘pleasing ‘and walking on proverbial hot coals for others, you have increased self-awareness and self-knowledge. Hence when you say yes, no or maybe, you say it authentically. This is far better than using people-pleasing to avoid your feelings or as a means to influence or control the other party’s feelings and behaviour.

If what you’re agreeing to effectively puts you in a ‘child role’ where the other person becomes your authority, or it’s going to affect your wellbeing, halt. This decision isn’t being made on reasonable grounds. It’s also possible that the request or the way that the person is going about making that request is over the line.

So, as a Christmas/Holidays example:

If your parents ask you to come for dinner on the 25th (or whenever) and they live hundreds of miles away, and it’s going to cost you a lot of money that you don’t have to get there, plus you have to be back at work on the 27th, plus you’ve been to theirs every year for however many years, plus, um, pandemic, it’s perfectly reasonable to say no. In fact, it’s equally reasonable if they live down the road and you just want to do something different this year and will see them on a different day.

Obviously, if you have the money and you want to go, knock yourself out. If you don’t have the money and are stressing about having to be back at work as well, while you could go, you need to get grounded first. In your quest to please, you’re being unreasonable and unfair to you. You’re not taking account of the fact that you have made previous efforts and that you’re quite simply not in the position to do so. That, and it’s likely that guilt and obligation factor into your decision and these always, always, always lead to resentment.

There’s nothing wrong with wanting to do nice things for others. What converts it to people-pleasing and a problem is the why behind it.

Wanting to be with your family even though it’s a bit tricky this year but you’re willing to do it is very different to feeling compelled to be with them because you’re afraid of getting into trouble, abandonment, hurting feelings or not being the right kind of relative. Wanting to be with them is very different from saying that you do but actually wrestling with guilt, anxiety, resentment, helplessness, powerlessness, irritation, etc.

Something else to consider is the truth of your relationship with the people in question. This is a time of year when many people force themselves into arrangements because of shameful feelings about estrangement. But, if you’re going to have to medicate yourself to get through an event or it’s going to take weeks or even months of therapy or other self-work to ‘recuperate’ from agreeing to something, check yourself. This wouldn’t be a fair and reasonable decision that you’re thinking about making.

Sometimes You've Got To Reteach People What To Expect From You
Guest post: You gotta have friends and you gotta have respect
Are You An Over-Giver? People Who Give Too Much
Share this...