If you don’t know or haven’t met each other yet but they’re asking to meet you late at night, it’s not for cocoa and a chat 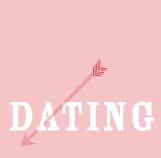 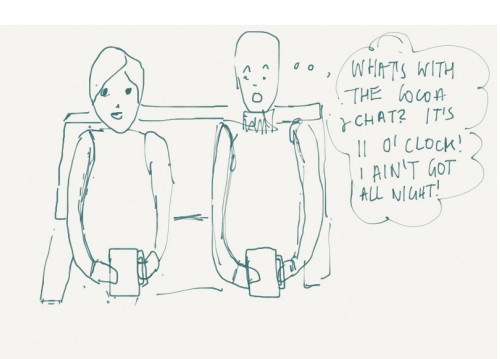 A) Find it uncomfortable and flush because (1), they’re a stranger, (2), it’s late at night, and (3) even if they won’t admit it, it’s highly likely that there’s sexual intentions.

B) Find it uncomfortable but offer to meet during the day or earlier on in the evening and then if they decline or keep going for the late night stuff, flush at that point.

C) Think, ‘Wow, they must be really into me if they want to see me at 11pm and hang out with me at my place. They obviously can’t wait until daylight.’

D) Think it’s strange but then doubt yourself. ‘Maybe I’m a prude. Maybe I’m judging him / her unfairly. Maybe I’m jumping to conclusions and all they want to do is come over and chat, watch TV, and have cocoa and cookies. Sure they’re just some stranger that I met online who could literally be anyone and it’s certainly odd that they want to come to my place, but I don’t want to appear rude and distrusting (yes of a person I hardly know and who I don’t trust) so I’d better say yes.’

Now there will always be people who will swear up and down that the reason why they’re asking to come over to your place is just to ‘hang out’ or that the reason why they only talk to you late at night and possibly only by text or email is because, you know, they’re The Busiest Person On The Planet ™ and if you want to catch ’em while you can, you’ve got to be prepared to meet at all sorts of unsociable hours. I smell bullshit and that kind of reasoning is actually even more of a reason as to why you shouldn’t meet, after all, if they’re so frickin’ busy, where is this going to go? Also, it’s easy to claim that this isn’t an intention and then for them to go, ‘Whoops! I can’t for the life of me fathom how we both ended up naked!’ While some people will tell you straight up what they’re truly intending in these situations, most won’t because you’re likely to say no and/or they’re trying to preserve a certain image of themselves.

Odds are that a late night meeting isn’t for cookies, cocoa and a chat. You’ll either know this through experience or just from awareness of your own boundaries. It’s one thing to be naive out of genuine lack of experience (many of us have been there including me) but it’s another thing to claim naivety due to trying to convince yourself that it’s not what it is.

You’re trying to tell me that they have absolutely no daylight or early evening time in the next week or two? What are they? A vampire? Of course you could do the whole I’m Going To Be The Exception and This Could Be One Of Those Few Times When It Really Is A Chat thing but you could just as easily steer it to meeting at an earlier time. Really. Where’s the late night fire?

If they also ask to meet at your place, that’s just very odd. The sad thing is that if you’re a People Pleaser who feels bad about saying no even when you really want or need to, you will end up agreeing against your better judgement.

Whatever happened to Stranger Danger and being a bit street smart? I’m not suggesting that we see a predator in everyone and imagine that we’re going to be chopped into little pieces and rolled up in a carpet, but if you are dating, you need to be stranger aware and you certainly shouldn’t allow, (1) your ego, (2) your libido, (3) excessive politeness (read: people-pleasing), (4) any dodgy assumptions, and (5) the most insidious and annoying – other people’s opinions and projections – to run the show.

Worrying too much about the asker’s take on things or giving too much credence to the opinions and projections of family and friends just messes with your gut.  If they’re OK with doing what you’re not, that doesn’t invalidate your choice. It’s not something that you need to explain or justify. Some people lack the experience to recognise the sexual undertone to certain types of situations and so may not understand your own judgement on the situation, and others project and are so busy taking what you may have told them about this person or just assuming that you should never leave any dating stone unturned, that they can’t fathom why you don’t say yes to every offer. Some people are totally OK with the late night thang and so may see your take as a judgement, when it’s not; it’s just your personal choice.

If the asker is used to people jumping to their beat and people being flattered to get any invitation at any time (some famous people or just those with an overinflated sense of their own importance can be like this), that doesn’t put you under obligation to accept their invitation, nor does it make you immature or prudish.

When they or certain friends or family make out as if you’re seeing the Booty Boogey Man and claim that you’re overreacting, it’s annoying, confusing, and often quite upsetting.

‘That could be your future husband!’ they wail. ‘What if they didn’t want to get into your pants and they just wanted a chat?’; ‘What if they just wanted to get to know you?’;’I can’t believe that you think that it [sex] is what I’m looking for!’ and then you feel guilty for thinking such a terrible thing and second-guess yourself and then either kick you after you’ve slept together or convince yourself that you’ve scared away the last chance saloon and kick you some more.

If somebody really wants to get to know you, they’ll meet you at a mutually agreeable time and place. Sure, you may have to work around each other’s schedules a bit but they will want you to be comfortable out of sheer conscientiousness  – they don’t need to invite themselves over to your place, especially if you haven’t met yet, because it doesn’t take a rocket scientist to work out that this has some safety concerns and may be a little bit (or a lot) premature, even if it feels as if you ‘know’ one another.

Decide what your line is on situations like these in advance.

Are you OK with chit chatting and tippy tapping with people late at night when you could be asleep or laying bricks in real life instead of building sandcastles in the sky? Are you OK with having virtual strangers over to your place or meeting them at night? Are you comfortable with ambiguous situations? If not, decline with no explanation. It’s pretty damn obvious what your reasons are. I’ve seen these situations unfold with both sexes but admittedly it’s weighted towards men. If a guy doesn’t ‘get’ why a woman who has never met him before doesn’t want to invite him over to her place and certainly not late at night, that’s a code red alert and don’t bother making it your job to educate him.

Self-awareness as well as regard and respect for others involves being aware of your own rights and those of the people whom you engage with. As grown-ups, if we are naive about aspects of our lives where we need to be street smart or we’re naive (or feigning it) about why our request for nude photos or to meet up at all hours is being declined, that is a problem. Don’t make these problems your problems by being drawn into these situations.

Your Past & Exes On Dates
Are you treating all conflict and criticism as 'bad'? Negative associations strike again!
Are You On Standby? Why You're Not Mr or Miss Last Minute Option