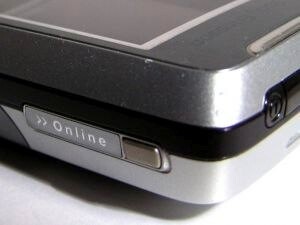 If you’re the type of person who meets someone and then fairly sharpish wonders what your surname will sound like with his and are already thinking about if he’s The One, what you’ll be doing next year and yada yada yada, you’re not cut out for online dating which is full of illusions that need to cleared away to get the reality. You can be anyone you want to be online – just ask the men and women who pretend they’re single whilst their partner is fast asleep downstairs…

2) You’re words instead of actions focused

If he says I’m the best thing since sliced bread and I want to marry you and take you to the moon because I’m so nice, and trustworthy, and crazy about you and then he shows you he’s a dipstick, that he’s got several women on the go, that he’ll take you to heartbreak hotel, he has an allergy to the truth, and that he’s crazy but just not about you, and not only do you still stay, but you keep telling yourself that he said he was ‘X’Y,Z in the beginning’, online dating is super dangerous for you. Any ‘ole Tom, Dick, or Harry can come along, write whatever they want, and irrespective of whatever red flags appear and behaviours that contradict the words, you’ll stick with the words. Online dating requires that you marry up subsequent actions with the words and if they don’t match, you should know something isn’t right. Unless of course you’d prefer not to see it…

I know a lot of people whose vision and brains get clouded when they see someone who looks just how they would like their mate to be – their ‘type’. Maybe throw in that he’s got a good edumacation (yes I did spell it like that for fun), a great job, nice house, money in the bank and yada yada yada, and all of these things will be focused on, whilst failing to notice that the person is not someone of substance. Now imagine, going online and seeing someone who looks just like the type of person you’d like to be with… It’s just so easy to get sucked in when you’ve got ‘type’ on the mind because you’ll ignore the big stuff like red flags, boundary crossing, and values.

I’ve discussed this extensively in my posts on compatibility, type, and common interests as well as 10 reasons why women choose men that they really shouldn’t, and ‘But we have so much in common!.‘ As humans we seem to be obsessed with finding people who have GSOH, like classical music, eating Thai food, climbing the mountains, talking intellectual doo doo, and feeling like there is a meeting of the minds. However, it is amazing that we can have these things ‘in common’ with someone and yet not only not have the common interest of a decent relationship and each other, but find that these things don’t add value to the relationship. It’s only when you stand back from these peeps, you suddenly realise that you didn’t really have anything of importance in common. Now imagine going alone and getting excited because a guy has just listed his interests in all the things you like….

5) You don’t have boundaries

Online dating is a frickin nightmare for people who have no boundaries because the information superhighway is rather limitless. One minute you’re talking about pottery, next thing he’s asking you to send a ‘nudie picture’ of you (yes one reader told me about this) or sending d*ck shots (my friend has received countless…). Maybe you saw him online at 10am and at 3pm he’s saying he’s in love with you and how he can’t wait to introduce you to his family. If you don’t have boundaries, you’ll probably be OK with some of these things, maybe even think they’re a sign of their great interest in you, or even if you don’t like it, you won’t exercise your judgement. Online dating requires trusting your instincts and your judgements and not getting too invested until you know there is something to invest in. It requires that when people do things that throw up a red flag, you acknowledge it and weed out accordingly.

Relationships need two committed parties to grow and prosper
About Fear of Abandonment and Why We Lower Our Standards
Prioritise Having a Healthy Relationship Instead of Focusing on 'Getting One' From a Reluctant Sourc...