Is He Going To Leave His Wife/Girlfriend For Me? Part One 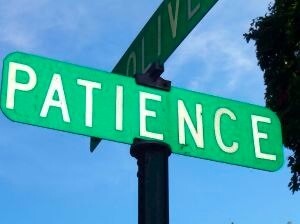 Right now, there are thousands of ‘ladies in waiting’ in relationships; women who are willing, waiting, and hoping that the guy they’re with, will leave their girlfriend or wife. ‘Is he going to leave her for me?’;’When is he going to leave her?’ and ‘Why hasn’t he left her yet?’ are just some of the questions that come flooding in via email, especially since I wrote a post ages ago about how to cope with being the other woman (also see the original), with many hoping their relationship is the exception.

It’s tough; you want to know that the pain and effort of effectively playing second fiddle, hanging on the sidelines, and having to operate on marginalised terms in your relationship with a married or attached man, is worth it. I should know…I spent about 18 months being the other woman to a guy with a girlfriend several years ago. I asked those questions frequently and many more.

For the many women who find themselves involved with an attached man (read: the cheater), even though they start out feeling that they can handle things and can be ‘patient’ or may not even want anything more, as time progresses, feelings progress, and so does the desire for the ultimate validation in this situation – to have a man leave another woman to be with you. In fact, I’d argue that part of the ‘feelings’ that arise in this situation, do so because playing second best screws with your self-esteem – BIG time – and so sometimes, you want them, not really because you want them but because you want to be validated in and feel the ‘love’ that comes from getting a man through exceptional circumstances.

I remember seeing myself as a smart, independent career girl who was just out of relationship (broken off engagement) and yet, it took a few short months before I was pressing the repeat button on the never-ending discussing and questioning of exactly when he was going to leave her and getting confirmation that it was indeed me he loved. Of course he’d say he loved me, but he didn’t do the necessaries to make that ‘real’ in my eyes.

And let’s not forget that some of the women who find themselves with the cheater, didn’t actually know that there was a third party until they had been involved for a period of time. Somehow (it normally has to be dragged out of them after ‘evidence’ comes to light) they make the discovery and then often, no matter how mad they are, they feel like they’ve come so far down the road, they want to get a ‘return on their emotional investment’ – the struggle in this scenario is reconciling the reality of the fact that he’s involved with someone else with the image of the man they thought they knew.

But there is a problem with 1) wondering if he’s going to leave ‘her’ for you and 2) having to ask.

I appreciate that life throws some curve balls and you don’t know when you might meet the person who you genuinely feel like there could be something pretty big with, and that sometimes when it happens, that person is involved with someone else.

However (and it is a big however), people who genuinely love, care, trust, and respect you and want to be with you in a committed way, are not going to engage in an ongoing deception.

If you have to wonder or ask if someone is going to leave someone else for you, it says the following:

Whatever you both have going on between the two of you, he has not given you enough (or even any) security and assurance that you and him are going to have a bonafide relationship.

When you’re wondering if they’re going to leave, it suggests that it’s an affair that is unlikely to transcend being an affair.

Difficult to hear but unfortunately true. If you’re wondering and asking in the first few weeks to even a few (brief) months it’s one thing, but when the wondering and discussing continues for many months or even years, it suggests that you’ve been ‘typecast’ like actresses can be – he only sees you in the ‘Other Woman’ role, not the lead role… The problem is that the type of guy that will cheat on an ongoing basis and not give you the heads up that he’s not planning on making things legit with you anytime soon, isn’t honest with you because he likes you there as an option and doesn’t want to endanger it.

When you ask the first time, you can call it clarification and validation that you’re both on the same page – call it a ‘defining the relationship’ conversation.

However, hopefully, if he’s a half decent sort, he’ll already have beat you to the punch to let you know that this is a temporary situation and that he’s handling his business. He might ask you to give him some time, but he won’t leave you hanging and swaying in the breeze. He’ll also make sure that you know what is going on and not have you playing stupid guessing games about what is happening. He might even say that he’ll go off, sort things out, and come back when he’s free to be with you. Don’t think I’m making this up – I’ve seen it happen a number of times.

When you ask repeatedly it’s because his actions do not match his words.

Basically he said he was going to leave in X timeframe but now it’s Y timeframe and he’s now claiming it’s going to be Z timeframe. The longer you stay, the more the timeframe keeps shifting. Or…he hasn’t really directly pinned himself to committing to actually leaving however he’s still there. This creates a mixed signal that gets misinterpreted – You’ll think he’s continuing to risk his current relationship because he doesn’t want it and he finds you irresistible when in fact he can’t resist the lure of having the best of both worlds especially when he recognises there is no genuine impetus to leave because you’ll still be there anyway.

When you have to ask repeatedly or wonder repeatedly if someone is going to leave their wife or girlfriend for you, it’s because you don’t know or you don’t trust that he is doing as he says he will.

Whilst in some instances, you can put this down to natural ‘nerves’ about this situation – let’s be real; you’re waiting on him to tell someone it’s over so that he can be with you so of course you can feel nervous. However, more often than not though, it’s not about nerves (that would suggest something is imminent); it’s about the fact that aside from the ambiguity of the whole situation, you’re getting wise to the fact that he’s not being honest with you and isn’t following through and committing to an outcome.

When you have to ask repeatedly or wonder repeatedly if someone is going to leave their wife or girlfriend for you, it’s because whatever has been said up to that point hasn’t answered the question.

This is no different to when people have repeated discussions including repeated DTR’s (defining the relationship talks) – if you have to keep asking, something is going very awry in the discussion and in the follow through. He might be saying ‘Yes’ but dodging being direct about when, or he may be saying ‘No’ but telling you that he’s crazy about you and can’t be without you.

This is a really compromising situation to be in the first place but you’ll feel all the more compromised when you’re put in the position of having to wonder if you’re ‘good enough’ for them to leave to be with you and the longer it continues, is the more you’re looking for that ‘magic moment’, fate, the alignment of the stars, a message in a fortune cookie, or whatever it is to make things happen and get him to leave her.

But be careful what you wish for because you may find yourself holding a poison chalice….

Being Valued & Having Personal Values in Relationships: Discover Your Value Now (Part 3)
Are you comfortable with your status quo?
Are You Open To Interpretation? Why Healthy Relationships & Happiness Have No Room For Ambiguity