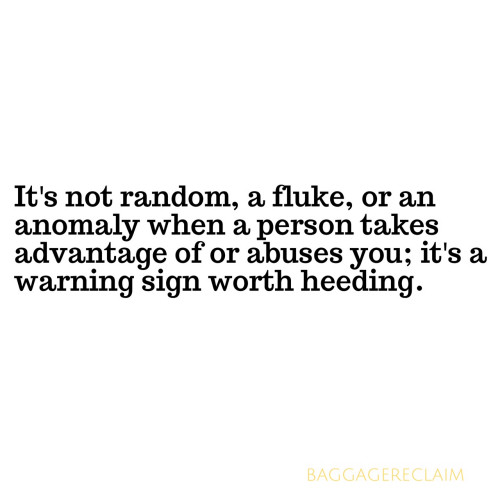 A few weeks back, Em and I shared the school run together. With just under twenty minutes before we were due to leave, I hopped into the shower and he was surprised when not only was I stood at the door with the kids ready to go, but that he had to go and get himself ready…. He claimed that based on “historical data”, he hadn’t expected that I would be ready on time. My ears pricked up immediately.

Historical data is something he deals with in risk software where they use the past to forecast the future including where they’re potentially exposed to risk. Based on his experiences of me getting ready, which wouldn’t necessarily be based on the school run…, he hadn’t expected me to be as ready as quickly as I was. Now of course, he could have written this off as an anomaly but instead, he’s had to adjust his understanding of the ‘data’.

This got me thinking: Aside from us using what we regard as historical data about ourselves to then predict potential negative outcomes and to cap our potential, we misuse, misread or just straight up disregard historical data that we hold on others by marking what we’re experiencing as an anomaly, or by deducing that whatever it was occurred due to a set of conditions (real or imagined) or deciding that we are that condition.

Now, when we experience something, it might be an anomaly in the sense of, this is what we perceive as being our first experience of it. We may decide that it’s an anomaly because we also think that it’s going to be our only experience of it. We may come up with all sorts of rationalisations for why whatever it was occurred and based on plans to people-please, work out that we can eliminate the possibility of it happening again. Or, we may genuinely believe that it really is anomaly. Of course if and when it happens again, that means that it wasn’t and it’s at this point where we need to heed that information.

A classic example of when a person’s behaviour is regarded as an anomaly is when we assert our ourselves with somebody who has come to expect that we’ll be compliant. When we, for instance, say that we don’t want to hang out or that it’s over or that we can’t do something or whatever it is, they may mark this occurrence as anomaly and test the waters further down the line to see if this is true. It might not even be a ‘testing’ as such – they may have blanked the information from that time and just assumed that next time around that it would be business as usual. I see this with No Contact – if the person in question has worked out that it takes a certain number of attempts or a certain level of attention to get you to respond, they’ll only start to feel as if they’re out of control and panicky when it’s passed that number or level of attempts. Some will suddenly see that you were serious and respect your wishes… and others will ramp up their efforts until they ‘win’…. and then back off or revert to their previous behaviour. Of course once they’ve done it a few times, you also realise that that wasn’t an anomaly representing a change in character and that blowing hot and cold is just part of their M.O.

But it’s also true that often, people treat similar types of data as individual items or even regard them as anomalies even when they are clearly not. When we treat items that are similar, but we regard them as being different and don’t look at the relationships between each of them and what they all mean, we don’t consider that information to be relevant.

We might think that the fact that these events occurred is based on a certain set of conditions, not on anything to do with that person.

That’s why I get so many people claiming that the reason why something happened isn’t anything to do with that person’s character or habit but to do with the fact that they’re shy, introverted, tired, stressed, The Busiest Person In The Universe TM, they just don’t understand the depth of their feelings, they’re scared by their feelings, they used up all of their decency credit on being nice to everyone else, they’re trying to find themselves, they just need to get a j.o.b., the market is bad, their mother/father/sibling/{insert person of choice} is wearing down their last nerve, they didn’t have any electricity, their car broke down, they couldn’t find a phone within a fifty mile radius, they didn’t have clean drawers… you get the gist.

We also might think that the these events occurred because we are the condition.

This means that if a person does something several times, even though that actually tells us a lot about that particular person, we might deduce that the reason why those events occurred is because something about us caused the person to act the way that they did. It’s not character or habit or anything to do with them – our worth made them do it. That thing we said or did (or didn’t) made them. If only we’d just do things exactly as they want, we wouldn’t be going through this.

We find a litany of faults with our worth, character, personality, appearance, or capabilities and deduce that if only we had done such and such or were more something or less of that, that whatever it was wouldn’t have happened.

The worst thing about this, is that using this kind of reasoning is a habit so when we look in our own historical data, we’ll think, Whoop, there it is! Check out all of this evidence that it’s me. All we’re really looking at it is evidence of all of those times when we marked ourselves as the reason for other people’s behaviour. We then feel deflated and defeated plus we will keep using this rationale to adjust our behaviour to ‘fit in’ and protect ourselves and that will of course include trying to influence and control people’s feelings and behaviour by being pleasing. The historical data just keeps getting skewed.

Now of course, we can’t know that something isn’t an anomaly until it isn’t, but when we have a healthier sense of self and so can distinguish between what’s ours and what’s someone else’s, we won’t be so quick to write off or rationalise code amber and red behaviour and situations. Instead of disregarding our own feelings and opinions as well as what’s happening, we see a bigger picture and allow ourselves to acknowledge the connection between pieces of feedback that we’re getting from a person and form healthier conclusions.

In this way, we also get to be vulnerable and experience life because we have a better understanding of risk rather then misusing data and then feeling afraid and unable to figure out our next move.

We can change our data. Not only can we change the meaning of ours but when we try to do better by ourselves, instead of writing attempts off as flukes and anomalies and so not recognising a pattern of improvement, we acknowledge progress. Sure it may seem like an anomaly the first time but if we keep repeating new healthier responses then it’s a pattern, not an anomaly. We have to adjust our expectations of ourselves as well as our predictions. If we’re trying to evolve, the same ‘ole doom we used to predict doesn’t apply.

And you know – others will have to change their predictions of us too. Sure, they might think that it’s an anomaly when we show signs of emotional backbone but they’d better watch out!

Some people hover just below your boundary line
Are you chasing your tail? Using dating several people, jealousy, possessiveness & an air of elusive...
Podcast Ep.21: The Early Stages of Dating Is Guesswork, Do I, Don't I? Decisions, Decisions!