Podcast Ep. 12: ‘Tis The Season To Be Stressed Out, Toxic Type, Knowing When To Fold 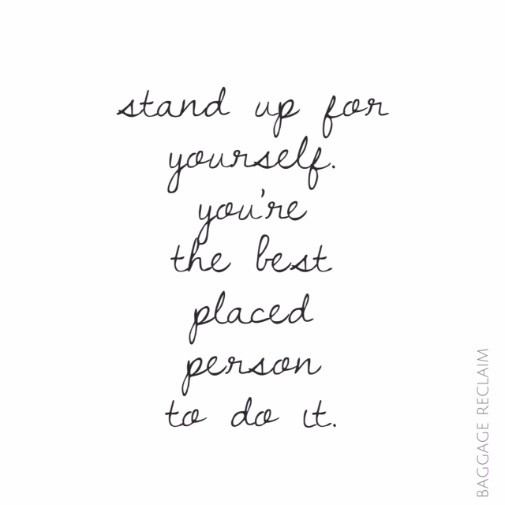 It’s time for the weekly episode of The Baggage Reclaim Sessions podcast.

The universe seems to be having a bit of a laugh at the moment where it’s throwing me opportunities to stand up for myself. I’d actually written in my journal a while back that I mustn’t be afraid to stand up for myself after looking at some of the overriding themes to issues that I’d encountered with family members. Sometimes, due to the ‘gifts’ that help me write BR, I can see what is behind other people’s behaviour and so I aim for compassion and patience while still being boundaried but you know what? Some people mistake your kindness for weakness and don’t register their own behaviour so that’s why I stood up for myself this week without pussyfooting around it. I sent the many people I hear from a mental fist bump as I did it and share a key lesson from the experience in this week’s episode.

On another note, I’m also headed to San Francisco on Monday for a few days where I’m giving some hands-on help to a BR reader who has struggled to extricate herself from a toxic relationship. It’s the first time I’ve ever done this and am excited by the challenge and the opportunity. I’m going to host a meetup on Tuesday evening so if you’re about, email natalie AT baggagereclaim.co.uk.

Right, here’s what I cover in episode 12:

Toxic type: If you have a type and you’re yet to have a healthy relationship with it, it doesn’t make sense to keep going after it. I talk about why having a type is a real blind spot and based on assumptions that don’t stack up in reality plus it’s often about trying to right the wrongs of the past in some way.

Angst over slow text replies: While there are certainly people who slow reply for shady reasons, it doesn’t have to mean something terrible if a person doesn’t reply as quickly as you would like. I offer up some perspective on why some of us aren’t too speedy at replying.

Listener Question – Is it ever OK to fake it in bed? I explain why faking it generally isn’t good sexual business.

What Nat Learned This Week: Standing up to somebody who kept trying to cross my boundaries at my daughters’ school has been rather liberating and a lesson in knowing when to fold. There was no need for me to be open to this carry-on anymore

Leave a comment or post on Facebook and please do subscribe. If you know someone who would enjoy it, please help spread the word. It all helps! Listener questions can be emailed to podcast AT baggagereclaim DOT com. If there’s a topic you’d love me to talk about, let me know!

Moving Past Your Relationship Pattern
Getting Blinded By Your Principles
Ep. 86: I Can't Believe You Don't Want Me