Podcast Ep. 140: The Truth About Lies 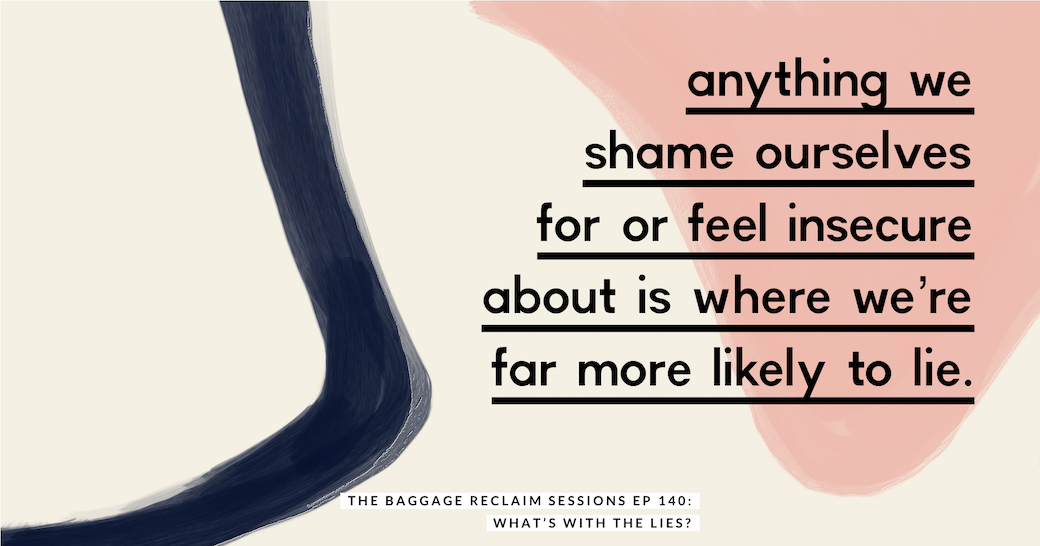 I think it’s fairly safe to say that being lied to, especially when we’ve doubted the hell out of ourselves to believe the person in question, cuts deep. All past experiences of honesty (and lies) influence our attitude not just towards being honest but how we respond when we discover that we’re being lied to.

In this week’s episode of The Baggage Reclaim Sessions, I talk about why people tell lies, why it’s possible to lie but with the intent of pretending to be something we’re not to avoid vulnerability not to screw people over, and why, for example, how loving we are won’t make someone who avoids honesty be truthful.

Everybody has lied (or will). This is because we often pretend to be something that we’re not. We often try to spare people’s feelings. We struggle to say ‘no’ or even ‘maybe’ so then we will have to get out of that. And…. so we will often pad things out, pack in a whole load of fluff.

Drip-feeding: getting the truth (or lies) in instalments.

Whatever we shame ourselves or feel insecure about is likely to become an area where we have a higher propensity to lie. We might not see it as a lie, we might see it as self-protection.

How much we’ll lie depends on:

Podcast Ep. 149: Let's Talk About Emotional Needs
You're just not *that* intimate: No boundaries, no intimacy
Power Struggles: Who's really 'winning' here?