Set You Free: They’re Still The Same. Even If They Change, It Doesn’t Matter – You’ve Changed Too (Or You’re Going To) 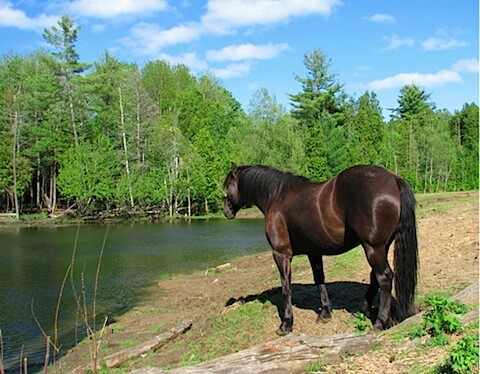 Last Thursday, I turned thirty four and I couldn’t help but remember that on my 28th birthday I was grappling with the realisation that was ill again (I found a lump in my neck that morning) and that I’d overheard the Mr Unavailable who gave me my epiphany shortly after, Dot Dot Dot Man (name for finishing his texts with three ambiguous full stops), correcting the waiter that recognised us from previous visits and saying we were “Um..er..friends”.

While talking with a few friends and us all reflecting on how much has changed over the past six years, it suddenly occurred to me:

There was a time when all of us were banking on three-legged horses. Some of us had lists, some us were pining for exes, one of us kept flogging that donkey till it collapses for a decade out of fear that he’d marry the next woman, one of us believed that she’d never love again, and I know I certainly believed that I was having an extended run of ‘bad luck’ with the dating pool. Here’s the thing:

We’ve all moved on. Most of us have settled down, some of us have become single but here’s the most interesting thing:

None of the guys that we were involved with have ‘changed’. They’re exactly the same.

Most of the guys are either not in relationships or are having similar types of relationship – that guy never did marry the ‘next woman’ who has taken over the reins from my friend. A few of them have settled down but the truth is, with the beauty of hindsight we recognise we weren’t the ones for them to settle with. Even if they have changed, it wouldn’t matter and to be honest, good for them. We’ve changed too.

This reminds me of my post on fear means it’s not happening yet – when we’re afraid of them leaving and becoming Catch of the Century, they’re often not even Catch of the Day in the present.

When I think of myself and the many readers who have or are plugging away at trying to get someone to change, I imagine us with a horse trying to drag it to the water and it jerking up and pulling back, digging its hooves in.

But here’s the funny thing – When they hold onto you while messing up your life and bringing nothing new to the table, it’s for similar reasons. They’re afraid you might get snapped up by someone else if you stop giving them the time of day and not only will they not have you as an option, but they may realise they made a mistake.

I know many readers are afraid that after trying to get someone to change and make them the exception to the rule, the moment their back is turned, they’re going to be a better person in a better relationship. This then plays into our fear that maybe it was us.

The truth is, the best thing that you can do post breakup is to accept that it’s over and grieve the loss of the relationship. The reason why you feel bad or even have regrets after letting go of a relationship that wasn’t working (you wanted different things or there were code amber and red behaviours made the you both incompatible), is because during the time that’s elapsed since the relationship ended, you’ve:

– Been in a holding pattern over your ‘relationship airport’ trying to get your ‘slot’ back which has left you ‘stuck’.

– Continued being with ‘them’, just in a different package.

– Have made choices and been involved in situations that in retrospect have detracted from you or kept you stuck.

The feelings that result on hearing about their latest relationship or them getting married etc arise from feeling like their lives have progressed while yours hasn’t. If they didn’t treat you that well or you don’t consider them to be a particularly nice person, it can feel like a kick in the teeth.

And truth be told, it does seem like those who cause us hurt seem to ‘land on their feet’ and ‘come up smelling of roses’ while often leaving us to pick up the pieces and knee deep in the doo doo from our involvement with them. To add insult to injury, they also tend to give themselves license to dip in and out of our lives.

While out dancing on Saturday night (check me!), I heard ‘You Keep Me Hangin’ On’ by The Supremes and it’s been stuck in my head ever since. My friend and I belted out every word – we knew it because we’d lived it. However I realise that even if they are throwing a crumb or a bone or the promise of a loaf to keep us hanging on, ultimately it’s us hanging on.

We hang on to the idea of who we thought they were or who we believed they might become.

I’m free because I didn’t wait for him (or anyone else) to set me free and I can assure you with 100% certainty that if I’d relied on the good conscience of one of my lingering exes to set me free, I’d still be floundering around in an unavailable pool.

So I’m going to say to you, what I would have said to me six plus years ago:

Stop the madness. This isn’t what ‘love’ feels or looks like. They’re just not that special and you’re not that desperate. Love involves a lot of ‘doing’ and without actions that reflect the love, it’s like being cloaked in hot air. Even if they do move on to someone else, this is not how you want love – trying to use an emotional battering ram to squeeze effort out of them that others do willingly.

It’s not you! Really! You haven’t got that kind of power to make someone change their personality or emotional style for a relationship. But if you do insist on doing stuff like dating a man that fell out of ten year relationship two months before meeting you, a man who can’t commit is what you’ll get, just like when you got involved with the guy with a girlfriend…

You’re just not that ‘special’ either – you’re worthy of love without having to feel like you’re extra special or finally ‘level’ because you made it come from a reluctant or bankrupt source.

Instead of worrying about what they might be and do – start worrying about who you are and what you may become if you continue. If you don’t put 100% into you and you keep banking on your three-legged horses, you have to own your choices. Someone can dangle a string, you don’t have to hold it, especially when they have repeatedly shown that they cannot come up with the goods.

Love cannot take root, grow and flourish where there’s little or no self-love and boundaries as a foundation. Take the focus off them and bring it back to you. When you finally decide to fight for yourself and leave the prison of your fears, habits, and beliefs, you’ll discover that the door wasn’t locked, and you always had the power to leave and fight for something better.

Ten Christmas Survival Tips for the heartbroken, and lovers of assclowns and Mr Unavailables Part On...
Advice: Help! I'm the Other Woman to the Other Woman: Does this sound like a man in love?
Guest Post: After The Breakup - Moving Onto Bigger & Better Things