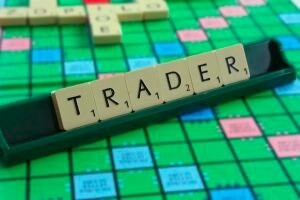 Over the past couple of posts in parts one and two, I have been discussing the issue of trading on your looks and sex appeal and how doing this ends up setting the tone for the type of men you attract and interactions that you have. In part one, I opened with five of the ten key things about this issue and in part two, I used my own experience to highlight the vicious circle of this mentality, and here in part 3, I have given you the latter five of the ten key things from part one.

6) When you’re focused on your looks or using your sex appeal to ‘get’ men, you’ll often feel empty, insecure, and afraid of losing them.

Regardless of whether you’re focused on your looks because you think it will help you to ‘seal the deal’ or focused because you’re being negative about your appearance, both routes lead to varying degrees of unhappiness and insecurity. Both routes suggest that you don’t feel like you have enough attractive attributes through a combination of character, personality, and appearance to sustain attention from a man and a relationship. This type of behaviour is derived from insecurity and you’ll feel nervous about being ‘abandoned’ because you place very little value in other things about you.

7) By investing so much energy into your appearance or sex appeal, this may actually be another avoidance measure.

Rather than deal with the things that actually make a difference to why your relationships will be successful or unsuccessful, you choose to bury your head in the sand and focus on losing a few extra pounds, spending lots of money on looking good and ‘staying young’.

Our fascination with, for instance, losing weight as if boom, the moment that you get to the 10th pound, life will magically be wonderful is like being trapped on a hamster wheel. Much like when we think that if we just do that little bit more for a guy only to discover that it’s still not good enough, so we find ourselves trying harder. If you don’t face what the real issues are, when you lose the weight you wanted, your problems will still exist.

The most successful people I have seen at managing change in their lives that involve, for instance, losing weight, tackle the various issues that feed into how they have been. We cannot just pick the thing that keeps us in our comfort zone to blame for our problems – we have to look at and deal with ourselves holistically to make real, positive changes, because if we don’t, we will keep taking two step forwards and then one, two, or even three steps back because we are not really getting to the root of our problems.

I for instance had to deal with my health, relationship issues, some friendship, and parental issues and each and every thing fed into each other. Rather than feel overwhelmed by them or try to make great sweeping changes to everything all at once, you tend to find that changes that you make in one area, impact on your mentality enough to filter into the next thing.

A huge example of this is boundaries. If you have no boundaries, which is generally the case with women who habitually engage in poor relationships, when you start putting boundaries in place, you realise that there are other areas of your life where you have not been using boundaries or asserting yourself. This is why we suddenly realise that there are friendships that actually make us feel negative about ourselves or that we are regularly taken advantage of.

8) No matter what you do to your outside, if your inside doesn’t catch up with what’s on the outer, it will make absolutely no difference.

This is why, for instance, when we approach managing change in our lives holistically and look at living better, more positive lives on a number of fronts that allow us to feel good about ourselves, we find it easier to accept what we couldn’t before, or for instance, healthily lose the weight.

When you do things from a negative vantage point, you tend to get negative results.

I will probably say this till I am blue in the face, but you have to learn to like and love you otherwise you are actually sabotaging your own efforts. If you don’t do this, you will never believe the feelings of other people or believe that you deserve them. You’ll also consistently put yourselves in situations and around people that reflect the negative turmoil within.

It’s not about developing an ego of mass proportions – it’s about getting real and deciding exactly how much misery you want to put yourself through, and what type of life you want to lead.

Negative internal messaging means that you’re actually in the driving seat of your own misery and if you want it to stop, you have got to make peace with you, accept that you’re human, you make mistakes at times, you’re not perfect and neither is anyone else for that matter, and learn to accept you. If you can’t find things to like about you, how the hell do you expect others to?

Even the happiest of people don’t like every last thing about themselves, but it’s more that they recognise their shortcomings but also recognise that they have other strengths and attributes that are worth far more of their energy.

Being down on yours

9) We change as the years progress and short of halting the ageing process, we need to get to grips with the notion that we will age.

You can make the decision to spend the rest of your days obsessing about losing your weight or how pointy your boobs are, or whether ‘Roger’ would have stuck around if you’d worn tighter clothes, been sexier, not had a wrinkle on your hand, and sexed him morning, noon, and night, or you can make a conscious decision to find ways to make peace with yourself so that you can actually start living your life.

There are many people that genuinely believe that they will love themselves more and their lives will be infinitely better if they look the way that they want to look. Yet I know so many women, for instance, who have had plastic surgery, from lipo, to nose jobs, to boobs, bums, and all sorts, and yet…after the initial high, they’re not overall any happier. Yes looking at their perkier boobs or whatever they got, makes them feel more comfortable with looking at themselves in the mirror, but the scalpel doesn’t chop out the negativity within.

I don’t look the same as I did 5 years ago but you know what? I don’t feel the same way that I did 5 years ago and I’m infinitely better off for that. I am human; I like looking good, but I love feeling good and at peace with myself.

Don’t get me wrong – it is normal to have a moan about your appearance but there is still a big difference between having a bit of a moan, and being so down on yourself about it that it permeates every area of your life and actually impacts on your overall happiness.

If you find that it’s your dominant thought or conversation piece, you know that you need to deal with it, especially since as has been proven when we decide to think and talk too much about relationships and men, talking and thinking too much are things that we do to mask inaction. At some point, you’ve got to stop obsessing and either accept who you are, or do the necessary things to change.

10) Sex, sexual attraction, and frisson are nice, great even, but it takes more than that to build a relationship with strong long term potential.

Sex appeal and your wiley charms in and out of the bedroom will only take you so far, and if you deal from the sex deck of cards as your modus operandi, you can guarantee yourself insecurity and confusion.

You don’t go in focused on sex or your sex appeal and then wonder why they don’t appreciate more substantial things about you. This is no different to going in on the casual booty call route and then wondering why he’s only interested in getting your clothes off, or why things haven’t progressed to you being the girlfriend.

It isn’t easy to meet men, but it’s not that hard either – it just depends on which dating pools you’re fishing from and whether you’re sitting on your dating saddle thinking there are no good men to date or that you’re going to meet someone else who is going to cater to your self-fulfilling prophecy.

And really, that’s what the whole looks and sex appeal thing comes down to, a self-fulfilling because at the end of the day, if either or both of these things are the focal point, you will ensure that you run in and compete in the rat race that caters to this.

Is Online Dating the Way Forward?
We Need To Talk About Narcissists: 20 Mindset Shifts To Help You Stop Crazy-Making Yourself
Good fences make good neighbours. Respond instead of reacting.