What Changed? Making The Positive Choice To Choose You 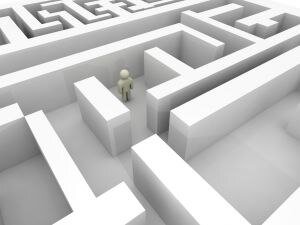 I had one of those humbling moments this morning where I felt grateful to be hanging with my two bonkers daughters and ‘the boyf’ but at the same time recalling the stark contrast of my life before I learned to love myself. There are times when for a few seconds I wonder if it’s all a dream, whether I secretly am just the same ‘ole Natalie, and whether in the blink of an eye I’ll go back to feeling how I used to, feeling hopeless with a proverbial cloud over my head. Of course I told myself to get a grip and immediately got caught up in having to placate madame Nia now 18 months, but a thought lingered:

What changed for me?

Readers regularly ask me the same question particularly about when I was getting over The Guy With the Girlfriend and the Mr Unavailable who through his own flip flapping gave me my major epiphany, plus my immune system disease, low self-esteem and family tensions, but to name a few!

I’ve written before about how I learned to love myself and have shared my thoughts on self-esteem many times but when I asked myself this morning what single thing I had done to change my life, I realised it was this:

I made a positive choice to choose me.

I say it this way because in the past, I made negative choices that let me keep on feeding negative beliefs, negative habits and essentially let me keep bullshitting myself by pandering to my own whims. I made choices that would let me stay in my comfort zone so that I didn’t have to get uncomfortable, even though that comfort zone was very painful. As I talked about in my posts on dating reflections of my parents, all of my previous choices were ‘familiar’ so it just seemed easy to go along with it in a ‘I know this pain and it is safe even if it is painful’ mentality.

Prior to getting wise about myself, I’ve pandered and catered near thoughtlessly to every thought, idea, whim, fear, desire, and the whole kit and kaboodle assuming that it’s what I wanted or that it was just the way things had to be.

I missed The Guy With a Girlfriend and couldn’t imagine my life without him and that it would ever stop hurting so I figured that I had to go back and that I had to keep trying.

It was a half hearted effort on my part with the Mr Unavailable who flip flapped around for five months and yet I made the choice to hang out for the duration because it seemed vitally important to get confirmation that he wanted a relationship with me plus being with him gave me an opportunity to hide out from making real changes.

There was no conscious moment where I said ‘I love myself from this moment’ but by making a few key decisions and following through with a bullshit diet and minimal second guessing, the wheels started turning in a different direction and totally different paths opened up in front of me. Loving myself became a very natural thing.

I told my ex’s to beat it and stood up for myself and when the consultant doctor told me I had to go on steroids for the rest of my days or face keeling over at 40, without even knowing exactly what I was going to do, I basically said ‘Thanks, but no thanks’ and said that I would explore all other avenues before I would make that commitment. He strongly advised me against my decision but over five years on, and I’m still standing firm.

And that’s what I started doing with my life: exploring all other options.

How can you say that this is as good as it gets and you won’t love again, and feel destined to be with a certain type of person? You haven’t even come close to exploring all other options. That’s not exploring all options – that’s just doing what you always do and hoping it will ‘pan out’.

How can you say you’ll never get over someone? You can’t possibly know that yet and until you’ve given it a genuine effort, you won’t know. As I said a few weeks ago, it’s a prophecy of doom to decide one person is your sole source of love and happiness. I’ve known people to lose loved ones through death and live to love again.

By making a positive choice to choose me, I was basically saying that I was done with putting the drama, other unworthy people’s feelings, and any other negativity first. I was saying that I wouldn’t be impulsive and just slot in with my pattern, that I’d treat myself with love, care, trust, and respect, and that I would seek to consistently take action.

Did I make mistakes? Sure I did. That’s life. But I had far more successes than mistakes and I was happier.

I liked, loved, respected, cared for, and trusted the me who was being genuinely proactive in her life than the one who wasn’t.

I spent a lot of time obsessing about various things. There was this crush and that crush, this date and that date, various relationships and breakups, agonising over the who, what, where’s and why’s of my mistakes, the anger, the disappointment and more. It was just too much of a burden for me to carry.

Ultimately, in making the decision to make a choice, I asked myself:

Does it really matter that he wants to (in spite of anything he has said) stay with his girlfriend, when the core fact is that he’s staying with her, which is a decision in itself?

Does it really matter why my mum has seemed pissed off with me for (at that point) twenty odd years or isn’t it safe to say that it’s time to stop trying to ‘fix’ that and focus on meeting your own needs? After all, it’s fair to say that if someone can be pissed off for that long, they’re in no danger of changing anytime soon.

Does it matter why my illness happened to me and why they offered me no options, when I can focus on opening up my own options and exploring other options?

These things used to matter to me and I made myself central to all these problems.

I found a pile of faults with myself when it came to the guy with the girlfriend, but aside from the problem of me wanting to be with him in the first place, the real problem was that the entire relationship was fatally flawed and based on dishonesty.

My mum has always been unhappy about a variety of things. It doesn’t mean I don’t want to be there, but why was I making myself the centre of the universe and her problems? – it was bigger than me, just like the Mr Unavailables and assclowns issues were bigger than me too.

I hadn’t done something to deserve my illness. It happened just like illnesses happen to people all the time.

I had to get over myself. I had to make a choice to live and to live good and stop hiding myself in poor choices and selling myself short.

Remember, if you cater to a self-fulfilling prophecy, you make limited choices, that generate limited results and even if you think you’re putting in a ton of effort, you’re actually putting in limited energy because you’re not really putting yourself out there. This is how you can end up choosing a limited person and ending up with a limited relationship and then trying to make it more than what it is.

Instead of making a negative choice and doing familiar but uncomfortable awkward actions, get uncomfortable by stepping into the unfamiliar. That’s separating yourself from your old patterns, choices, thinking, everything and imagining yourself without the usual burdens and asking yourself what you can do. I imagined other people in my scenario that didn’t have the same ‘burdens’ might check alternative therapies, tell the guy to beat it, stay on their own for a while, learn to say NO, have some more self-respect.

If other people can do it, why can’t you? Whatever those hurdles are, assess how real they are or whether they are obstacles you have created to stay in your comfort zone due to hiding in your fears.

Get uncomfortable. Make the positive choice to choose you.

Your thoughts? What can you do to break your pattern and get out of your comfort zone? What’s changing for you? Or what are you finding is the biggest obstacle to change?

Quiz: Are You Making These Common Dating and Relationships Assumptions?
Can You Make (& Stick To) a Decision? If You Can't, You Have Commitment Issues
Using Sexual Atraction as a Judge of Character & Other Sexual Pitfalls
Share this...