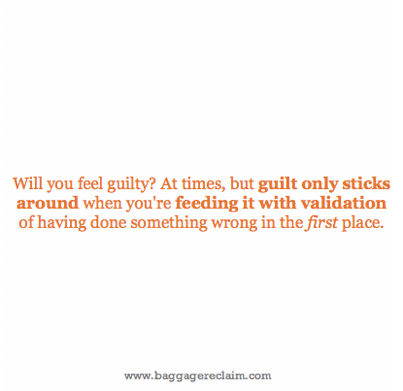 If you’re estranged from your family or going through conflict with them, due to The Holidays you may feel under pressure to resolve issues or ‘forget’ them. You may want to spend time with your family and may even be thinking about some family members being of a certain age, but at the same time you don’t want to compromise you, which is different to finding a compromise or retaining your individual perspectives and respecting them.

Yes you’re someone’s child, sibling, cousin, aunt/uncle etc., but anything that you choose to do, do from a grownup perspective, not that of a child, because when you adopt a child-to-parent/grownup role in the dynamic, you end up assigning the other person far too much power and they’ll fulfil their role and treat you like a child plus with all of the anxiety you’ll no doubt experience, they’ll feel powerful in your mind.

Remember that it’s just December and it’s just The Holidays. This can be a special time but it’s really what you make it and you don’t have to make it in the way you think others expect you to, especially if this runs counter to your own needs, expectations and wishes.

95% of people I know have family that ‘act up’ when they’re all together irrespective of burning issues or not. It’s easy to become convinced that ‘everybody else’ has the family and the Christmas gatherings that you want; yeeeeah…they very likely don’t. Most people I know have a relative (or few) that drink way too much, an attention seeker, the over opinionated, the smiling passive aggressive, a bossy boots, a martyr, an eternal child in adult packaging, a perceived ‘favourite’, and someone who would pick a fight with a paper bag.

December may be the perfect excuse to open the lines of communication, possibly because you’ve done your own grieving and processing on the situation and you’re in a good place and hopefully they have too. It’s hopefully not that December is being used to press the Reset Button and more that it’s being used as a means of taking the last step towards making peace with one another. It doesn’t mean everything is ‘fixed’ but it may be that you’re each being realistic enough to be able to come back together and start working things out.

December can also be the perfect excuse to try to shove everything under the carpet. Whether it’s you or others doing the sweeping, issues are being ‘parked’ when actually, even if they’re not resolved yet, acknowledgement and actively working towards resolving them and improving the relationship instead of pretending they don’t exist so that you can sit down and eat turkey together later this month, would be far more beneficial to the relationship. It’s like agreeing to push down your feelings in the hope that you’ll be swept up in the festivities and that you’ll all be humbled and changed by the month of December.

If you don’t tow the party line, you may have people rumbling about you being a “spoiler” but it’s important to realise that they’re all huddled around their own perspective which they’re entitled to.

Just because you think one thing and a group of people think another, doesn’t mean that because you’re outnumbered that you’re “wrong” – it just means that they share similar values and that this particular perspective suits them.

It’s also likely that there’s a benefit to maintaining that perspective even if it’s warped, it’s just that it’s not beneficial to you unless you want to trade your own perspective to be “in” with the gang.

I’ve seen it time and again in families that have lies, secrets, and abuse in them – they’d rather close rank on the people in reality than come out of denial. The seeming rejection can be incredibly painful but it’s not about you and very much about clinging to a perspective that blocks truth, accountability and responsibility.

What are you supposed to do? You’ve got to leave them to it and protect you because if participating in the lies goes against your own values and would actually bust your boundaries and cause you emotional and even physical harm, or even affect people who are dependent on you, it’s not worth it.

Family and love are more than words that get trotted out.

Family does need some action behind it and you can’t cherry pick when you want to call “family” (normally when there’s some showboating going on or to guilt you into doing what they want) but then not actually behave like family. Being family also doesn’t give someone the right to press the Reset Button or to lack remorse or to basically do as they like as if they’re an exception to boundaries while no doubt clamping down their own boundaries on you.

Over the past few months, I’ve gradually begun to come to terms with the loss I experienced with my father and his family when I got married earlier this year and I’ve learned that you have to respect your own perspective and respect people’s right to have theirs… even if you don’t agree with it or it makes you incompatible. It doesn’t necessarily mean that you won’t be able to have any relationship at all (although it might) but what it does mean is that you adjust your expectations and don’t keep expecting them to revolutionise the wheel to validate you.

They can be that way, they can do their thing, they can cloak themselves in as much bullshit as they like but you don’t have to participate. They either have to save their behaviour and bullshit for someone who will accommodate them, or they’ve got to know their limits with you.

I’m not trying to change my family and I won’t be trying to get them to co-sign my perspective. One of the things I’ve realised is that all the people pleasing in the world isn’t going to stop people from thinking, saying and doing what they want to do, and that includes your family, so you may as well get on with the business of being you.

Will you feel guilty? At times, but guilt only sticks around when you’re feeding it with validation of having done something wrong in the first place.

If you remind you of why you’ve made certain choices and know that you’re doing the best that you can under the circumstances instead of trying to take all of the blame and responsibility for the whole family, that guilt dissipates and has less and less power each time it strikes. It’s normal to want to be loved and approved of by your family and yeah of course you want their approval, but the sky won’t fall down without it especially as you’re a grownup now.

You could spend the rest of your adult life trying to change family certain members and it’s not that they couldn’t do with changing but you do eventually have to question why you invest your energy there when you could be taking personal responsibility for your own life and moving forward. You can choose to respond to them differently including taking whatever protective measures you need to.

Who your family are shouldn’t stop you from being who you are.

If you spend time together this month, don’t go ready for battle or feeling like a victim. Go as a grownup and because you want to, not because you’re looking for approval, or to right the wrongs of the past, or hoping that you doing this, will make them do ‘that’. Go without The Brady Bunch fantasy and just enjoy it for what it is. Since I expect my family to behave like crackerjacks, instead of being a ball of anxiety, I look forward to being entertained and knowing that their antics haven’t got a damn thing to do with who I am.

You could of course choose not to go, but do so from a positive place and own your choice instead of looking for validation on it, because if you’re going to spend the whole month and beyond ruminating on it or feeling guilty, sure you might as well have gone along and put your best foot forward.

Will you be able to ‘forget’ everything? No, but if you’ve dealt with how you feel, you can go there ready to move on instead of simmering or expectant of change.

Get in the self-esteem spirit and grab yourself a He’s/She’s Just Not That Special mug, magnet or postcard frommy Zazzlestore.

When Someone Keeps Pressing the Reset Button on their Behaviour in Relationships
There's no need to be 'baggage-free' to move forward or have what we want
Do I Have A Sign On My Forehead Or Something? NO, It's The Time Of Day Principle