Why Doesn’t My Emotionally Unavailable Guy/Assclown See a Committed Relationship With Me? 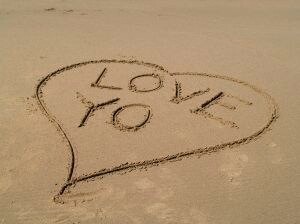 Yesterday I wrote a post on the subject of ‘why doesn’t he envision a committed relationship with me?’ which tackles the part of the issue that you can tackle – you. Towards the end of the post I highlighted how if someone doesn’t want commitment, you could be the most perfect person on earth and it won’t make a difference. This is particularly true of habitually emotionally unavailable people and assclowns.

My post yesterday was about healthy, positive commitment where you are with someone who genuinely has the potential to commit and where you are not being personally secure, what it is that can send out the wrong messages. I know because I have been that person.

What that post wasn’t about was emotionally unavailable men or assclowns, which although it might seem that they fill up the planet – they don’t.

There are people who potentially because of prior experiences that they have had in a relationship find themselves not being so personally secure and even though they are in a relatively healthy relationship, they end up doing things that are counterproductive. Just as much as I hear from men and women who are involved with emotionally unavailable people and assclowns, I equally hear from people who aren’t or who may not be and they want help. Just like when I’ve written about dating, or starting new relationships, knowing when to work at your relationship, and understanding the questions that you need to be able to answer for yourself, I can write about healthy relationships or where people are doing stuff that is counterproductive to their success!

With that in mind, I wanted to specifically address why a Mr (or Miss) Unavailable or an assclown doesn’t see a committed relationship, which is entirely different to someone with relatively healthy relationship habits that is genuinely looking to seek commitment.

Obviously if you have unhealthy ideas about commitment, you’ll meet your match with these guys, but that’s a different matter!

They maintain the Status Quo. If you imagine your ‘relationship’ with them on a scale of 1-10, they like to keep it at 5. If things get dramatic and take it below 5, they’ll start blowing hot to get it back to controllable levels. If they blow smoke up your bum and make promises they can’t keep, taking the relationship too far above 5 into 7,8,9, they’ll withdraw on you and start running the cold or lukewarm tap.

Blowing hot and cold is a fundamental part of their modus operandi and they use it to manage the relationship on their terms and keep things under their control. This is also how your expectations get managed down and you become receptive to a watered down version of commitment.

They are a walking contradiction. Their words and actions do not match which means at a basic level, they cannot commit to the words that come out of their mouth and they cannot commit to following through and delivering. This is a basic example of their inability to commit to basic requirements for living with integrity never mind a relationship! They’re also very disconnected from their actions so even though they may recognise that on some level that they’re a pain in the backside, they actually often think they’re a great catch with no problems – it’s everyone else.

They use sex as a weapon. While you may think that they’re showing how much they feel for you, sex is just something that is used to disarm you and create an illusion of a connection between you both which makes it easier for them to dip in and out of your life, blow hot and cold, and get a shag, an ego stroke, and a shoulder to lean on.

They keep a foothold in your life. Mr Unavailable is so shady on the commitment front that even when you tell him to beat it, he can’t even let things be. He’s sniffing around, poking around in your business and basically lining you up to default back to you on lesser terms than you were on when you were originally involved with him.

They use ‘timing’ to manipulate you. It’s not the right time, they make out they’ll be better than they are ‘one’ day, and they blame poor timing so that they can avoid having difficult conversations with you. Let me be clear – it is never going to be the right time for a committed relationship.

They’re seeking unattainable perfection. What easier way to let yourself off the hook by having unrealistic expectations. Mr Unavailables tell themselves that they just haven’t met the right woman yet and just like when we as women, have unrealistic expectations that we place on partners that don’t get met, men do too. They’re committed to an illusion. The cheeky gits will even test you out, chase you about sleeping with them and then mark you down when you.

They only thinks of themselves and do things on their terms. Committed relationships require two people with both of their feet in working together for the greater good of the relationship with mutual love, care, trust, and respect. There is only room for him, his ego, his needs and wants – he cannot empathise and you need empathy in a committed relationship.

This means that he gives himself license to have his cake and eat it too. He has danced this dance many times – same problems, different woman and he has become skilled at ducking out when things get too intense and he’s also got very skilled at saying and doing what’s needed in times of tension and then quietly and passive aggressively backing out on whatever he has promised. Some are upfront about their lack of commitment and others just have not connected the dots of their behaviour and seen how commitment resistant it is.

Why doesn’t Mr Unavailable see a committed relationship with you?

Because he doesn’t see a committed relationship with anybody. If he does, it is often short lived and based on a fantasy. When he has to deliver on it, he starts doing stuff to undermine the commitment he’s supposed to have made. If you are involved with a Mr Unavailable and don’t run from the hills from his flip flapping ways, he will pick up on this fact and take it as a signal that you cannot be that interested in commitment.

If, while you are involved with a Mr Unavailable (or an assclown for that matter) aside from his own patent inability to commit, you also lack the personal security that I talked about in yesterday’s post such as creating drama, having little or no boundaries, being a human transformer and basing your life around them, all this does is reaffirm whatever shady ideas they have about commitment and legitimise their resistance.

That doesn’t make you responsible for their resistance because they are resisting anyway but you are, by continuing to contribute to the dynamic, enabling their behaviour.

Why doesn’t an assclown see a committed relationship with you?

Because...they’re an assclown. If they possessed the skills, attributes, qualities and characteristics of someone who was suitable for a healthy, committed relationship, you wouldn’t be calling them an assclown.

If anything, you should be more concerned about why you want an assclown to commit to you. The only thing they’re committed to is being an assclown in their own little assclown world doing things in their assclowny way.

Be careful of seeking commitment from unlikely sources because it is a sign of your own issues with commitment.

That is the bottom line.

You can totally control your own contribution into relationships and it’s easy to put all of the focus on him. Whether you’re with a healthy partner or dubious partner like a Mr Unavailable or assclown, a lack of personal security sends one of two messages:

To a healthy partner it doesn’t create good picture of security or a positive picture of commitment.

To a Mr Unavailable or assclown, it conveys that you are very likely to be receptive to their behaviour and because they know that they are not able to commit, they’ll assume that you can’t either.

Post Breakup: To Debrief Or Not To Debrief, That Is The Relationship Question
Why Rebound Relationships & 'Florencing' Are Like Hospital Stays Or Retreats For The Emotionally Wou...
Sometimes we prefer radio silence over vulnerability