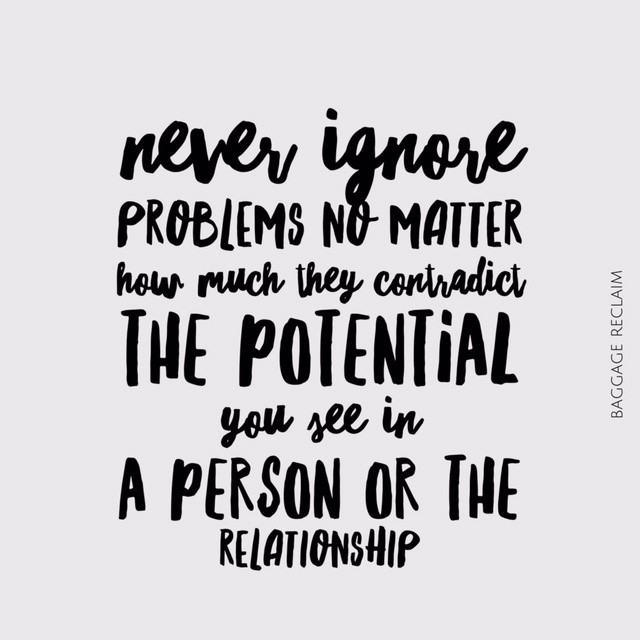 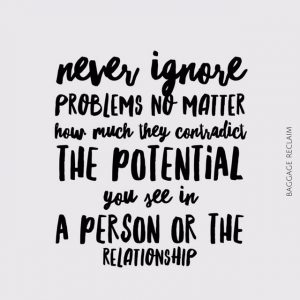 I had a strange feeling though, and I can’t shake it. He is 40, handsome, has a good job, but he’s only had two relationships in his life – a high school girlfriend and a girlfriend 7 years ago that was long distance (and they only dated for a year). This seemed strange because I couldn’t find any reason that women wouldn’t be throwing themselves at him.

Several dates in, we had a disagreement as he’d begun sending me sexual texts. I’m not comfortable being sexual with someone who is still active on dating websites, and I told him so. He got mad and told me I had no right to ask him to leave the website. He stopped talking to me. Bummed because he seemed great, I discussed it with a friend who advised that he was probably right as we weren’t committed. After emailing him an apology, the sexting continued.

A few weeks later he asked me to be his girlfriend, went off the website and invited me to meet his parents and given me the key to his apartment, so things were going really well, however, one time he said he was going to work and on his return home, he texted a photo of him naked on the couch. The time and date stamp was when he was supposed to be at work. I asked him how he took the picture when he was at work and he called me crazy. I can’t prove it but I suspect that he sent the picture to someone else.

Last weekend, we had a lovely evening together and then he left to go to another town 3 hours away to coach soccer. That night I was texting with him and he mentioned that he was meeting a friend for dinner but sounded kinda shady. I shared this with a friend who advised that I snoop around his apartment. I know it’s wrong but I couldn’t shake my unease and wanted proof of something. When I got to his apartment, to my surprise, he was home. I told him I’d come to pick up earrings I’d left behind but I was shocked that he was home because he’d said he was at dinner.  I didn’t speak to him for a few days but then he called full of excuses about why he couldn’t tell me he was coming back home—apparently he didn’t want to text and drive and that was just getting ready to tell me when I arrived.

I want to believe he’s a good man because he has so much potential and wants to introduce me to his parents. He normally treats me very well when we are together, we love watching a show together and playing trivia games. He trusted me with his key and I’ve introduced him to my children.  I see a future with him. What should I believe?

Christine, what you need to believe right now is that you’re with a man who is into watching pornography that features underage girls—you do know that’s illegal?—and his sexual values are not compatible with you, being around your children, or in fact coaching children in soccer or children full stop. He is not the ‘good man’ you so desperately want to believe him to be. This man has potential…to find himself on the registered sex offenders list and spend time behind bars.

Just like alcoholics don’t look like someone rolling around in a bush with a bottle in a brown paper bag, paedophiles and sex offenders don’t have a special ‘look’.

They have jobs, sometimes they’re a parent, they help out the elderly, go to church, donate to charity, are sometimes world-renowned and talented, and the former perversely gravitate to working in jobs or partaking in extra-curricular activities that involve them being around children. Being in possession of and watching child pornography, even if you think that ‘child’ doesn’t seem like one, is a criminal offence pretty much wherever you go, and all that aside, it makes him a no-go as a relationship partner.

You’re clearly not into what he’s into but you’re at home around the charming man creating the picture of respectability while being deviant behind the scenes. Who else has been like this in your life?

You seem confused about what is and isn’t acceptable behaviour and keep overriding your gut, the blatant facts in front of you, and your responsibilities, causing me to wonder what accepting the truth about him and this situation represents to you. What will it mean about someone else?

Sometimes we have gotten so used to denying the truth about something or someone else that when we meet someone else who is revealing the truth through their own inappropriate behaviour, we on some level feel terrified of being disloyal to the original perpetrator and calling a spade a spade.

This man is abusing you and you think he’s a “gentleman”.

You say that you couldn’t find any reason why women wouldn’t be throwing themselves at him—I see too many. You only know about the two women he’s mentioned, not about the numerous others who’ve run for the hills or like you, initially tried to stick it out only for them to experience something too horrible to ignore. He can’t form intimate relationships and he uses the job, coaching etc., as a cover of respectability.

I suspect he’s on the hunt for a naive, too nice for her own good, non-confrontational future wife that he can install at home as a beard to keep ‘society’ off his back while he gets up to his mischief underground until one day the cops or some specialist unit come swooping in to raid your home or to reveal some other horror that he’s escalated to. Don’t let that day come.

No doubt his parents are wondering why he hasn’t settled down yet. My spidey sense also tells me that the key to his apartment is part of a setup—maybe it was to catch him at home that time so he can up the ante with the gaslighting. Maybe you were supposed to snoop and uncover other horrors, or maybe you were supposed to catch him up to something. He hasn’t “trusted you with his key”; you’re being gaslighted and set up. Run for your life.

And find some new friends; thanks to the first one and refusing to respect your own boundaries, you apologised to this man and started sleeping with him, a signal in his game that you are the right ‘mark’. You have a right to your boundaries and no, you couldn’t make him leave those websites but you had every right to draw your line about not engaging in sexual activity with him. Again, this was a setup including the silent treatment. Incidentally, there was no need to snoop for proof–he showed you who he was.

You then act as a passive participant in his sexual shenanigans and you make an attempt to advocate for the girls, encouraging him to feel sorry for them. Christine, I know you mean well but your job is not to make him feel sorry for the girls—your job is to get the frick out of there. Do you feel sorry for these girls or do you on some level reason that if they’ve made the videos, it can’t be helped that they’re now being watched? They’re being exploited. Even adult women who get involved in porn have often not made an autonomous choice. And even if it was ‘fake’, so staged for a film, underage is underage! Jacked up is jacked up!

If you wrote to me and you were saying, ‘My boyfriend likes me to do things to his bottom that I don’t like doing’, I would not be writing this same letter to you, but I will say that if you don’t share similar sexual values, it’s an uphill struggle in coercion, guilt and sexual rejection. But this isn’t about your boyfriend being into anal; this is about the fact that your boyfriend is into other shady and illegal pornographic material that he’s only given you a taster of. You’re seeing the tip of the iceberg, not the iceberg itself.

You are not alone in your experience, sadly. I’ve heard from many women who have the unease and seem frozen in indecision and shame. We don’t like to believe what we know. We prefer the dream to the nightmare of the reality.

You’re not going to make him spontaneously combust into a different man and nothing that he’s doing is being caused by you or can be changed by you. What you can change is your involvement.

Please un-introduce this man to your children and remove him from your life without notice. He is dangerous. I don’t know what went down between you and your ex-husband but you’re not damaged goods that has to settle for any ole thing she can get. Keep in mind also that anyone you bring into your life is being brought into your children’s lives. It’s okay to want a relationship but you don’t need a man to give you life or to take care of your kids—you can do these things yourself. Be with a man who is upstanding indoors and outdoors.

It’s critical that you spend time with a professional to identify the earlier experiences that contributed to your involvement with this man so that you can heal and take care of you. Forgive you for what you did not know and recognise the journey that you’ve taken to this juncture. When we grow up around an abuser, it messes with our fight/flight reflex–we learn to go towards danger instead of away from it. Please take care of your present and younger self with compassion and healthy boundaries.

Have you been with somebody who you can’t believe they’re as bad as you think and you want to believe in their potential?

UPDATE: Christine brilliantly moved on from this predator and reported him to the police as well as agencies but they haven’t done anything. She also understands the connection to her past. Please remember as well that as distasteful and predatory as this man’s behaviour is, that he’s abusive and that previous abuse has contributed to Christine being targeted and her feeling confused.