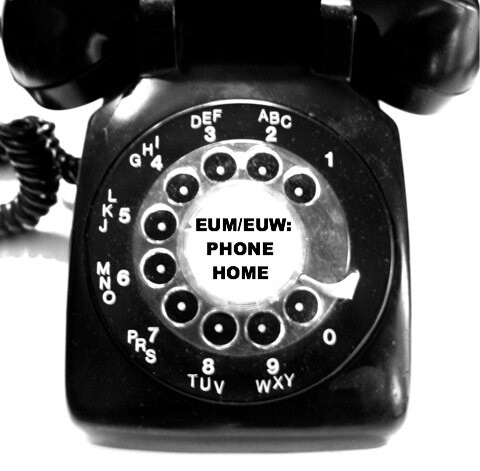 Every once in a while, I like to revisit the subject of lazy communication because I hear and read about so many people making excuses for why they’re reliant on texting (or emailing/instant messenger/Facebook) instead of picking up the phone and having face-to-face interaction. If I’m to believe everyone that engages in lazy or should I say crumb communication, they (or the people they’re getting it from) are The Busiest People in the Universe.

Now while the telephone has undergone many transformations since it was originally invented in 1876 and we no longer have to go through a convoluted operator process or use a rotary dial (well unless you have one of those very cool ‘retro’ phones) plus you can ‘carry’ them with you wherever you go, in essence, the telephone is still the telephone. After face-to-face communication, it’s still a great and next best form of connected contact with another person.

Now just in case anyone has any doubts as to the ease of making a call, you pick up your phone, either key in your number, navigate to your phonebook and search for the name, select from recently dialled numbers, or even from your favourites. You then press on the green button with a telephone on it, it rings, the other person picks up and says hello, you respond, and hey presto you’ve made a telephone call and you have the beginnings of a conversation. This could all happen in about 5-30 seconds unless you’re really labouring over it. It may come as surprise to some of you but your phone (and theirs) has a call function on it.

Millions, in fact billions of people are still making calls every day, so why are we making so many excuses for the commitment dodging, intimacy afraid, no telephone call making, text messaging lovers of this world?

How have so many people managed to convince themselves that there’s a revolution in communication taking place that means that you can actually believe you’re in a relationship with someone who lives in the same postcode/area code as you and slips you dinner, drinks, and a shag periodically but they rarely, if ever pick up the phone? Yes really. I’ve heard from far too many readers that are struggling to get over someone that they were with for anything from a few weeks to several years who they only spoke with on the phone occasionally. What the what now?

Text messages are for quick, no frills communications and greetings that sandwich around actual calls and face-to-face.

I’m thinking reminders to get milk, letting one another know that you’re on the way, you’re running five minutes late, that you’re home, that you had a great time, that you tried to call and to call you back when you’re free, you’re going into a meeting but looking forward to catching up later, goodnight, good morning and yes, even the odd dirty text if that’s what floats your boat.

They are quite frankly a crap substitute for human interaction where you see facial expression, body language, tone etc. If you’re happy with text messages it’s like saying “I’m a teenager with hardly any minutes on my phone” or “I like crumbs of pseudo attention”. Text messages should be your minority form of communication – if it’s the majority, you can be assured that there are other signs that all is not well.

Now some of you may think I’m harsh because you’ve either been 1) making copious excuses for why someone only texts you and won’t pick up the damn phone or is only texting when they want a shag/ego stroke/shoulder to lean on/money etc or 2) because you’ve convinced yourself that you are busier than everyone else and too busy to make phone calls.

The truth is, they’re just not that special and you’re not that busy. Really. Whether you’re making excuses for them or you, it’s time to ask yourself how you ever really expect to have a relationship that can grow?

You like it surface. If you’re the one who loves the texting, you’re trying to have it on your terms and put out a little to get a lot. If you’re the one that’s being managed by text, you’re getting sold on words while building a sandcastle in the sky. This is a fantasy.

It actually often takes more time to write a text than it does to make a phone call. I’ve often found myself rereading, shortening etc and that’s just with friends! Romantic relationships involve analysing their texts and analysing and rewriting your own responses. Do I sound too desperate?Do I sound too excitable?

Ever been stuck in a long drawn out ping pong of texts/emails/IM? Jaysus! A phone call would have done and dusted the conversation in minutes!

Texting is too ambiguous, non committal, and yes, sometimes a tad juvenile. It is the mainstay of the unavailables of this world – beware! Distant communication from people that like to be emotionally distant.

How to deal with lazy communication? Be up front – “I’m not a texting person so it’s best to catch me on this number during the day and this number in the evening” or when they send that first text, reply and add “OK and give me a call later and we can catch up then”. If they text and you don’t respond, they then know why – because you said to call or you said that you’re not a texting person. You can also call them when they text.

In olden times, which is barely a decade ago, people picked up the phone to make a first date and beyond. One word: E.F.F.O.R.T. You are not textforbooty.com or textalastminutedate.com or instantegostroketextservice.com or even moneyinminutesbytext.com.

Start as you mean to go on – don’t let your relationship be managed by text because you’ll end up all on their distant and very shady terms and there is no point trying to close the door after the horse has bolted as you’ve already shown you’re OK with crumb communications.

If they refuse to call, don’t try to waste your time teaching them – they haven’t just come out of the womb into 2011. They’re saying “I don’t have time to call you for even one minute but I have time to tap out some piddling text”. Buh-bye.

When someone wants to call, they call.

Some will chance their arm because they’re used to getting away with it in other relationships – they don’t with you – You’re not that woman or that guy which means they have to step or, or ship the hell out. It’s up to you to uphold your standards and not pander to standards that they’re used to from others who may have less.

You want a relationship, not a permanent date or repetitive strain injury from tippy tapping all the time. You want to be able to pick up the phone, to get a call, to not be waiting around and to feel like your contact is building and of course, hear their voice. Always remember: crumb communications equals crumbs of attentions equals you being left ‘hungry’ in the relationship. Go and get ‘fed’ by someone that wants to engage with you.

When You're Convinced You're The ONLY One That Knows The 'Real' Them
Podcast Ep. 10: Future Faking, Options With Tricky Family Members, Yikes! Another Favour!
Translated: I Love You But I'm Not In Love With You...and other such sayings