Is it my issues or am I in the wrong relationship? 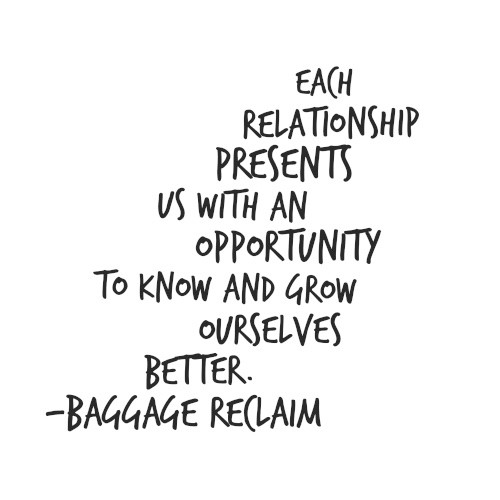 It can be incredibly frustrating to desire healthier relationships and to have done some self work, only to get into a relationship and experience a near assault of confusing emotions that leave us struggling to distinguish between our own issues and the existence of concerns. We can become almost paralysed by the task of needing to work out our next move because we’re afraid of ‘getting it wrong’ due to being unable to tell whether it’s our issues plus a concern, or whether we are manufacturing the concern due to our issues. Is it my issues or am I in the wrong relationship?

In reality, the relationship is highlighting where we need to be more vigilant and ground ourselves in the present so that we can grow and transcend a pattern, but it’s also pointing to an area of work in the relationship. Relationships take two and are 100:100, not 50:50. Once we start trying to cut the relationship in half, that’s where things get messy. We must know where we end and they begin. One person’s idea of doing ‘their share’ may be hogging up the whole relationship or doing very little.

We must honour the fact that we are both responsible for the relationship. Once we are willing to own ourselves, it’s that much easier to know our own feelings, opinions, needs, expectations and desires so we can have a far greater sense of whether we’re in a relationship that’s befitting of us. We can look at how we want to feel and behave and also respond from a place of love, care, trust and respect to our partner. In acknowledging the separateness instead of trying to work out what’s in their head or trying to influence and control their feelings and behaviour so that we can get validation or give ourselves permission to feel and act better, we can see what’s ours and what’s theirs. We can have more honest communication.

Due to childhood experiences, in very high stress situations where I feel vulnerable and upset, there’s a period where I’ll feel very wounded, angry, defensive, or withdrawn. That doesn’t mean that because I initially respond this way that I’m responsible for the situation or the other person’s responses but what I am responsible for is how I continue to act including how I express those feelings and whether I exacerbate them with negative self-talk or whether I calm them by getting present and adjusting my perspective. Due to recognising those feelings and even the onset of certain thoughts, it’s much easier to snap out of them and ground me plus those periods have shrunk considerably over time.

We mustn’t assume that because we have issues that we’re wholly responsible for the existence of a relationship issue and resolving it to a positive outcome.  I wouldn’t be helping me if each time something crops up, I dismissed it as abandonment issues or being too sensitive, or I put it on others to adapt their behaviour so that I can feel better, or I owned their responses. Recognising how my past sometimes show itself is my cue to be self-aware, listen, and to take care of me.

To proceed with a relationship and also be able to navigate those inevitable instances when there will be miscommunications or issues to resolve, we must take responsibility for us. If we don’t know what’s ours then at some point, we have become adrift from our core self.

In the early days, weeks and months of a relationship, we can sometimes be so caught up in being swept up or in keeping the relationship, that we stop paying attention to what we truly feel and think. We ignore our needs and sometimes, we ignore concerns. There’s a tendency when we know that we’ve had certain issues and are eager to distance ourselves and not be actively working on them, to then bag and tag anything flagged internally as ‘us’ or play it down. The problem is that by the time our minds, emotions and bodies start giving off warning signals in the form of pain and discomfort, we’ve now established whatever the concerns are as a ‘me problem’ and so we have to retrace our steps and slowly play back the mental tape of the relationship to work out what on earth is going on. We have to attempt to tune in. We have to regain that separateness and this in itself can be painful because we’re  either enmeshed or reeling from reality.

Of course, if we’re feeling stressed and are now almost overwhelmed by it, we might struggle to get grounded to figure out what’s what, as well as struggle with the self-care we need to calm ourselves down. We won’t think big picture or separateness; we’ll just keep reacting more than likely from a place of fear and then feel as if we’re making things worse. Then we’ll react again by saying or doing something else or by trying to have a non response.

If we’re trying to engage in damage limitation but we actually have no sense of what we feel, know or need and are operating from the past instead of the present, we will create more problems for us than we solve, and that’s before we even get to how this so-called damage limitation distorts the relationship.

Relationships are 100:100. When we act as if we’re responsible for the other party’s feelings, problems, moods and behaviour, we operate as if it’s 50:50 and then take on some of their share. In not honouring that separateness, it then becomes, for example 85:15 where they do the exam equivalent of getting 15% for showing up and writing their name. That’s why we feel so confused about what we feel because we don’t know if we’re feeling what we’re feeling or we’re hyper-feeling due to also trying to feel theirs. Exhausting! When problems present themselves or the relationship doesn’t end up working out, because we were already taking on too much, it’s an easy slide to now blaming us for why things didn’t work out.

We all have emotional baggage. We will all have our issues regardless of whether we’re in the “right” or “wrong” relationship. We have to unpack, declutter, repack and reclaim, in order to lighten our loads and evolve. Baggage Reclaim.

The goal isn’t to be issue free; it’s more about breaking the pattern of those issues owning and directing us. It’s about being present and having the ability to think of the past without living in it.

It can be frustrating because we work on ourselves and then we think that we’re good to go and then when those old feelings creep in and we’re paralysed with the stress of it all, it feels as if we’ll never be free. We only truly know where we need to do further work when we’re put into situations that typically activate us and then we respond differently. That’s what each relationship presents us with – an opportunity to know and grow ourselves better. Progress not perfection.

Instead of berating or trying to pretend that a concern doesn’t exist, what we really need to be asking is: What can I learn here? Where am I giving away my rights, responsibilities, or power? Where am I keeping me small? How can I respond differently so that I transcend my pattern? How can I hold my own and be in this relationship? Does this relationship and the other party’s behaviour positively reflect my own values or it is mirroring pain for me?

Do jot down your feelings each day to help you get grounded.

Do write out the problem (Unsent Letters can work very well here) or talk about it with somebody to help you gain clarity and perspective.

Do respond instead of reacting.

If there’s an issue, it doesn’t mean that we have to jump ship unless of course we’re trying to work with code red problems and are essentially just having another go at putting the past on repeat. Even if this relationship doesn’t work out, it can still be a good experience for us if we face down old challenges with a fresh approach in the present. We learn how to navigate conflict, criticism and disappointment rather than being on autopilot. If we’re going to stay in a relationship, it needs to be because we want to, not because of what we don’t want. If we can be vulnerable enough to ourselves that we can let the lessons in that we need to, we’re either going to evolve in this relationship or it will provide a window into understanding who we are and what we need so that we are that much closer to a relationship that’s more befitting of us.

Feeling Anxious About Family Obligations and Expectations During the Festive Season? Here are 3 Tips
Let's Stop Being Lazy About Communication
The Trouble With Feeling Owed After a Relationship 'Investment' Goes Sour