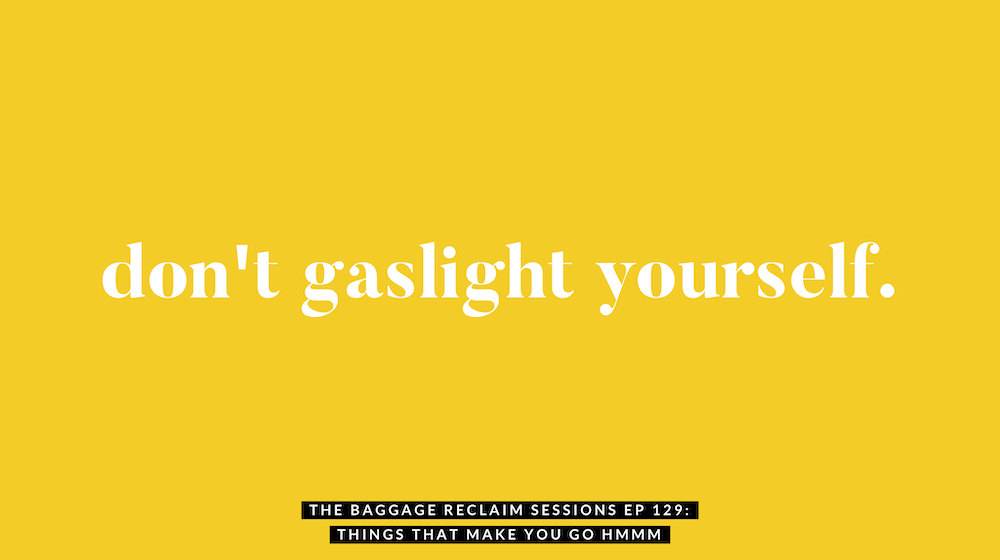 Does someone really need to do the equivalent of giving us a one-star review? Do we need to let our ex know that we’re “over” them? Why does someone put themselves on Tinder right after they’ve made plans to move or be away for some time? What’s the craic with people doing us wrong and then saying “It hurts me more than (or as much as) it hurts you”? And why are we saying that it’s wrong that the relationship with the person who didn’t treat us very well has ended? These are all things that make me (and plenty of others) go hmmm. In this week’s episode of The Baggage Reclaim Sessions, I delve into the perplexities of each of these and stress the importance of not dismissing our concerns.

There are things that give us pause for thought that maybe don’t give others pause, but that doesn’t matter. We have to pay attention to what feels ‘off’ to us, because for whatever reason, it does.

Can You Make (& Stick To) a Decision? If You Can't, You Have Commitment Issues
Podcast Ep. 47: Why Did We Break Up? #4 – Love's Young Dream
Rebound Relationships in a Nutshell: Transitionals, Buffers & Why You Should Step Away From The Ligh...
Share this...