Podcast Ep. 122: Relationship Crumbs, Whether It’s From The Shady or The ‘Nice’, Are Crumbs 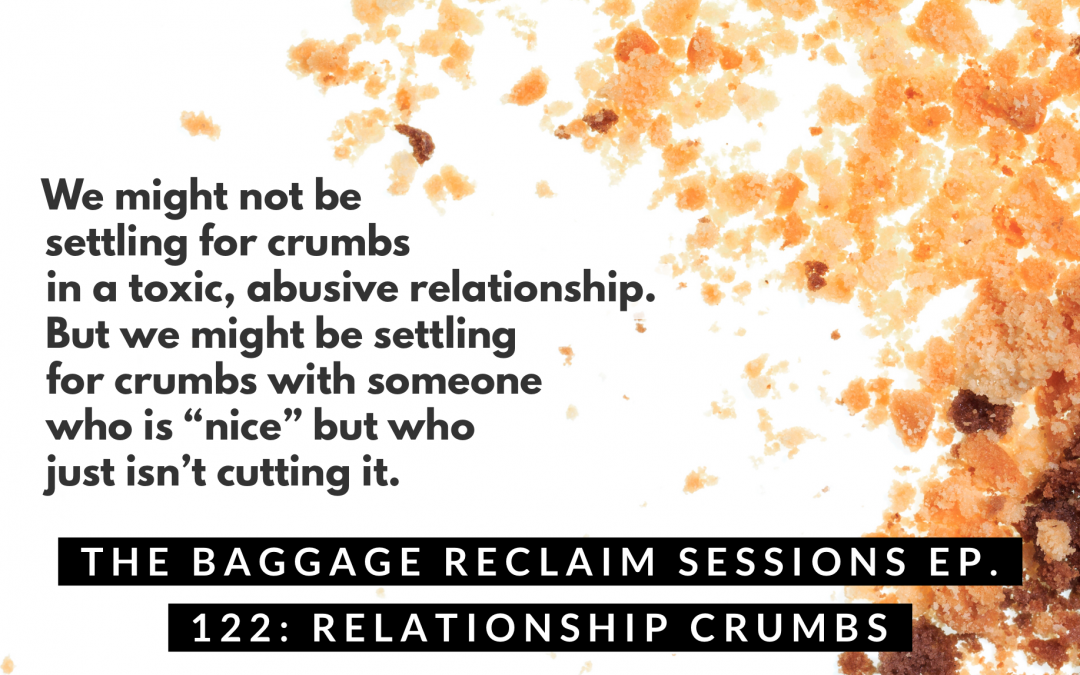 When we’re romantically involved with someone who’s ambiguous and ambivalent about their interest and/or whether they want a relationship with us, it grinds us down. We accept crumbs. This week’s episode of  The Baggage Reclaim Sessions follows on from last week’s about trying too hard.

It’s pretty damn demoralising to feel as if we’re jumping through hoops trying to keep something going. And yet, so many of us go through this because we think that this is what being interested in someone or dating is about: convincing and converting them into desiring a relationship with us. We think that we have to prove that we’re “good enough” and worthy of love, care, trust and respect. You always deserve more than crumbs.

Just because someone is “nice” or “better” than a previous unhealthy relationship, it doesn’t make them the right one for you if all they’re offering at the end of the day is crumbs on the equivalent of the nice china instead of the dirty and chipped crockery.

When someone is enamoured with you in a very genuine sense, they just want to know more about you. They want to be around you.

If we’re on one side going “I really want to be in a relationship with this person” and they’re on the other going “Yeah, better not let them get too close”, there’s a mismatch.

You deserve to feel secure in your relationship.

Podcast Ep. 214: We Don't Need To Put So Much Bandwidth Into Keeping Up Appearances
Podcast Ep.46: Making New Friends, Are They Emotionally Available?, Celebrate You
Podcast Ep. 251: Spotting a Romance Scammer