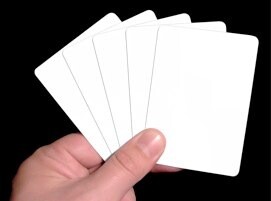 Months ago, while catching up with a mate of mine, she told me about Impostor Syndrome, a term that refers to being unable to associate our achievements with ourselves. We’d been exchanging work tales, where we were essentially talking about things that we’d each achieved, positive feedback from clients and readers etc, but each was praising the other, but neither of us were talking about it as if we were two people who had truly internalised our accomplishments and were proud.

Imposter Syndrome is what I recognise as that paranoia that somebody is about to catch you out because you don’t believe in your accomplishments. You carry on like you’re ‘deceiving’ people even though you’re not. If you don’t believe in you enough or you still think “I’m not good enough” no matter what you do or what anyone says, this feeling should be all too familiar to you. My mate who told me about it was the in-house PR for one of the most famous homeware brands in the world and now runs her own business. She still expects someone to suddenly turn around and say “What the eff are you talking about? You’re a fraud!”

I think that this whole feeling like a fraud and being disassociated from our accomplishments actually stretches beyond the professional world and into our relationships. You don’t associate you with you, whether it’s the person you claim you are, the person you see in the mirror, or the positive external feedback you receive from others.

There are so many people who are punching below their weight in relationships because they know the theory that they should have boundaries, that they need to and should treat themselves with love, care, trust, and respect, and that they are in possession of qualities, characteristics, and values that if they honoured them and focused on entering into a mutually fulfilling partnering, that they’d be happy. They look around and see happier people, or look closer to home and recognise that even if they don’t know what ‘healthy’ looks like, ‘this’, their current state, isn’t working.

It’s weird to admit this but, in wanting to have something different from what I’d witnessed and experienced in childhood, I felt like a fraud. It seemed easier to be around the ‘familiar’ and try to change that, than it was to totally leave it behind and take a punt on the unfamiliar. It was a bit of “Who do you think you are?”

When I did try to date differently and was treated ‘better’ than say, when I was with my ‘type’ (a jumbled up Mr Unavailable version of my father with all of my hopes and expectations pinned on it), because I didn’t truly believe in a healthy relationship and I wasn’t following through on treating myself well, I’d look at external evidence of the fact that I deserved to be treated better and be unable to internalise this.

If you’ve felt like you were ‘choking’ in a relationship where you were actually, for all intents and purposes being treated very well, you’re disassociated from this manifestation of what being treated well looks like. On paper you may believe that you have various characteristics, qualities, values, and even superficial qualities that would merit you being treated well, but when you get external validation of this, you reject it.

It’s that question of whether you have the confidence to act in your best interests, know that you’re a person of value and that you deserve to be treated as worthwhile? That’s not just by others; that’s by you also.

I used to have a fear of the ‘flaw’ that made me ‘not good enough’ being discovered by whoever I was involved with. I believed that guys would be attracted because I was smart, ambitious, appearance and yada yada yada, but then I’d worry that I wouldn’t be able to hold onto them or that they’d be shocked when they realised I wasn’t ‘all that’ or found out ‘too much’ about my background, so of course I’d change my behaviour to hold them, which would actually only feed further into this idea that I was ‘fraudulent’ and had deceived them by wooing them in on a souped up version of myself.

It’s like the moment conflict was on the horizon or I felt nervous, I went “Haha! I was just bluffing about being a woman that respects herself. If I offer you the doormat version instead, will you stick around?”

Always remember: Being you doesn’t make you ‘fraudulent’ – it’s being all the things you think you ‘should’ be in order to win over others and avoid conflict.

You might read Baggage Reclaim and sometimes practically punch the air and say “Yes!” while beating your chest in affirmation of what you know to be a reflection of healthy relationships. It may feel empowering and on paper, you know you deserve better, you know why an unhealthy relationship or treating yourself in a certain way is going to yield certain negative results, and you know that change doesn’t come out of doing the same thing repeatedly and expecting a different result.

Yet when push comes to shove, you don’t associate you with the fruits of treating yourself well and expecting it from others.

I see it time and again when people practically complain about having boundaries, having to opt out, to ask questions, to get uncomfortable, to make decisions, and to have some self-control. You’ll do it for a while and see genuine, positive results and feel them…and yet, you won’t associate yourself with them because you don’t internalise the good things that you’re doing for your.

When asked or even thinking about the personal accomplishments you’re making in growing as a person and striving for healthier relationships, you’ll put it down to ‘luck’, or forecast doom and gloom, or quietly wait for the other shoe to drop, and in the worst cases, sabotage it so that you end up creating a self-fulfilling prophecy. If you meet someone new, you’ll question whether it’s ‘you’ they really think they’re getting or look for faults in them.

Funny enough though, if it’s something negative, you’ll probably have no problem associating yourself with it…

In fact, being you is a habit.

There are many things you can get away with faking in life such as futures, orgasms, how much hair you have, and your nails, but the one thing you can’t fake is you and all that you encompass. You come with history, experience, quirks, characteristics, qualities, values, and yes, flaws, but so does everyone.

If like me, you decide that you want to outgrow your childhood, to go down a different path, to change habits, to break patterns that may go back generations, it doesn’t make you a fraud; it makes you, you. Where you’ve been doesn’t have to define you – you define you. No you can’t erase your past but you don’t have to be shackled by it, live in it, or see yourself through a lens based in the past that limits you.

Instead of seeing being you as a pain in the arse and focusing on negatives, regrets, and not believing in yourself, positively focus your energies on you and embrace you, day after day after day. Just like relationships are the act of choosing one each other day after day after day through your actions, so is self-esteem. Choose you every day. You deserve better than selling yourself short.

What are you afraid of? Worry & Holding Yourself Back
Don't Be a Dropper, Hold On to the Happiness Ball
Frienvy - Envying What Your Friend Has