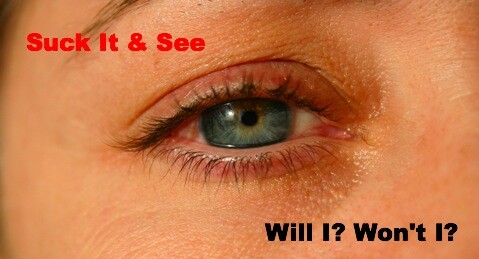 By the time I met the boyf, I had accomplished something that a year or so before I hadn’t been entirely sure was a possibility – I was over my ex, the guy with a girlfriend. This was despite us not only working in the same company, sometimes having to work on the same clients, and sharing mutual friends. A year before I’d been in immense pain over the whole debacle and my self-worth was in shreds and it took Herculean strength for me to walk away from the damaging dynamic and instigate No Contact, albeit a slightly watered down version as we had to work together still.

I have no problem admitting that initially, I hoped it would galvanise the “cowardly, spineless, twit” (it’s exactly what I called him) into ‘doing the right thing’. In retrospect, I realise I had no idea what was good for me…or even right for me…

I got on with my life but my heart, pride, and soul hurt immensely, and initially I felt extremely unhappy with myself and questioned my value.

Of course I bounced out of being with him to being with the guy who would end up doing me the biggest favour by triggering the epiphany that made me see myself, life, and relationships in a totally different way. A five month barely there relationship where I spent more time pondering what was going on than actually knowing what was going on and faced with a relapse of my immune system disease and the implications of that, I was finally forced into looking a hell of a lot closer to home and stop seeing things as a run of bad luck that was out of my hands. It is amazing how much we can focus on everyone else and what they’ve done to ‘make’ us feel this way but when I recognised that I am the common denominator to all my relationships, I realised that I was making myself feel that way, not least because I kept throwing myself into oncoming traffic and then wondering why it hurt.

I’m a firm believer that relationships serve to teach us about ourselves, and life will keep throwing the same lessons at us until we heed the lesson.

A few months went by and despite moving on with my life, tackling my illness head on, and starting to love and like myself, very deep in the back of mind, there was still a part of me that wanted the ultimate validation of my ex leaving his girlfriend and choosing me. This was in spite of the fact that I was finding less and less reasons to like, never mind love him, and I didn’t actually like myself when I was around him.

He was jealous and possessive and with him, I went into drama queen mode. Long time readers and anyone who bought my ebook Mr Unavailable and the Fallback Girl will know that what started the whole no contact was when his jealousy and aggression triggered a panic attack that left me doubled up on a London street and because he was more concerned with being home for a call from his girlfriend than looking out for my welfare, he put me on a packed London tube…on my own, to go home. It took me three weeks to recover and the mental impact lasted longer.

Two kids and the boyf later plus a vastly different sense of self, remembering that event serves as a stark reminder of the me who didn’t like or love herself enough that she would allow someone to treat her in this way.

Even after all that had happened though, at a company event, he went on his usual jealous, drunken tirade and I remember exploding in frustration, arguing in the street, and agreeing to let him come back to my place. I forgot myself briefly and then I remember looking at him and seeing him being exactly as he always was, and catching a glimpse of myself and realising that I was somebody entirely different to who he thought I was and that I actually didn’t want ‘this’ or him.

I felt cold and detached. In my darker days of no contact, when I had secretly hoped he’d make me the exception, I’d always thought that if I allowed myself to let him get close, that it would be electric, the chemistry and passion would still be there – it wasn’t. My imagination had been holding on to something that didn’t exist.

‘We’ didn’t exist now that I actually had some self-love.

But I had to Suck It and See (taste the experience and see what the results were) to discover this because, maybe, I would always have wondered about ‘us’, whereas falling briefly off the wagon for less than a couple of hours shut the door on a painful part of my life where I’d had little love, care, trust, and respect for myself and had given this guy too much room in my airspace.

Suck It and See is when instead of spending more time thinking about what you might or could do, you decide to spare yourself the time and energy by just getting on with it and killing off your curiosity.

I have come across a lot of women who broke contact, took the call, and then found themselves deserted/ignored by the assclown which served as a major reminder of why they should be NC and they stayed NC afterwards. These women worried about these calls etc for months and even though the assclowns behaviour hurt, the curiosity got killed in a far shorter time period.

You do have to agree to be honest with yourself, go in with both eyes open, and accept whatever you discover. If pondering the what if’s, but’s, maybe’s and possible fairytale endings is weighing on your mind for an extended period of time and you’re trapped in indecision, Suck It and See means you take action. In doing this, you have to recognise that you are potentially opening yourself up to pain, but if you go in with both feet in reality instead of floating in on a hopes and dreams bubble, the actual potential to be hurt is far less, because you gain on getting your final closure.

Suck It and See is the type of thing you should do once when it comes to going back to an old relationship/partner. That’s taking the call, replying to the email, hopping into their bed etc.

Don’t give yourself license to keep engaging by claiming that you’re sucking it and seeing it – you’re not. Instead, you’re not accepting the information that venturing back is telling you and you’re caught in a cycle of breaking up and getting back together which communicates that you are not to be taken seriously. This is called being in denial, something that will work against you NC or not.

In the ‘aftermath’ of my backslide, I panicked and initially carried on like I was ‘doomed’ until I realised I was being a total drama queen and I could make it as big or small as I wanted it to be, so it became tiny and insignificant.

Falling off the wagon isn’t what I intended but it is what happened. I knew it was over forever there and then. I’d spent most of that year looking back and wondering if he’d ever catch me up, and instead, now, I looked forward and never looked back and of course, he never did catch me up and I didn’t want him to.

If you’ve been spending many months or even a year obsessing about a relationship that has ended and pondering whether you should give it one last try, seriously, please go and put your hand in the fire. There is no 100% outcome. If you’re trying to figure it out to the nth degree and get concrete guarantees – it’s not going to happen.

I listened to a woman talk incessantly about her ex. She switched from obsessing about if she would hear from him to obsessing, once she’d broken NC, as to whether he could give her the relationship she’d wanted – this is not being in NC. It’s called conducting your relationship in your imagination. It’s certainly not cutting contact and refocusing on yourself.

You have to take a leap of faith and either way, you have to get behind your decision, whether that is to end it or to give it a try, but do one or the other. You may discover, like I did, that what you thought could be, is actually in your imagination and if anything, the urge is driven by a need to be ‘right’ and to not feel ‘rejected’.

Some of us can weather it out and eventually the fog will clear…and some of us, have to get our hands burned. Hopefully, after you do get your hands burnt, you’ll use a combination of your gut, instincts, judgement, values, and boundaries and realise that fires burn.

Stop looking back because it’s like trapping yourself in relationship groundhog day and we can’t cling and hold onto everything just because we’re afraid to look forward to a future that doesn’t have them in it. Looking forward actually helped me to have some faith in myself and helped me change my beliefs, which changed how I felt about me and my experiences. So maybe when your imagination is working overtime, why not start imagining a more positive and confident you in the future, without the object of your thoughts.

Dealing With Happy Birthdays and Big Occasions: To Send a Card or Text...Or Not To Send, That Is The...
Are You Future Faking Yourself For a Short-Term Fix?
10 Essential Breakup Boundaries