When the way we do things doesn’t produce the desired & predicted results, it’s not about whether we’re “good enough” 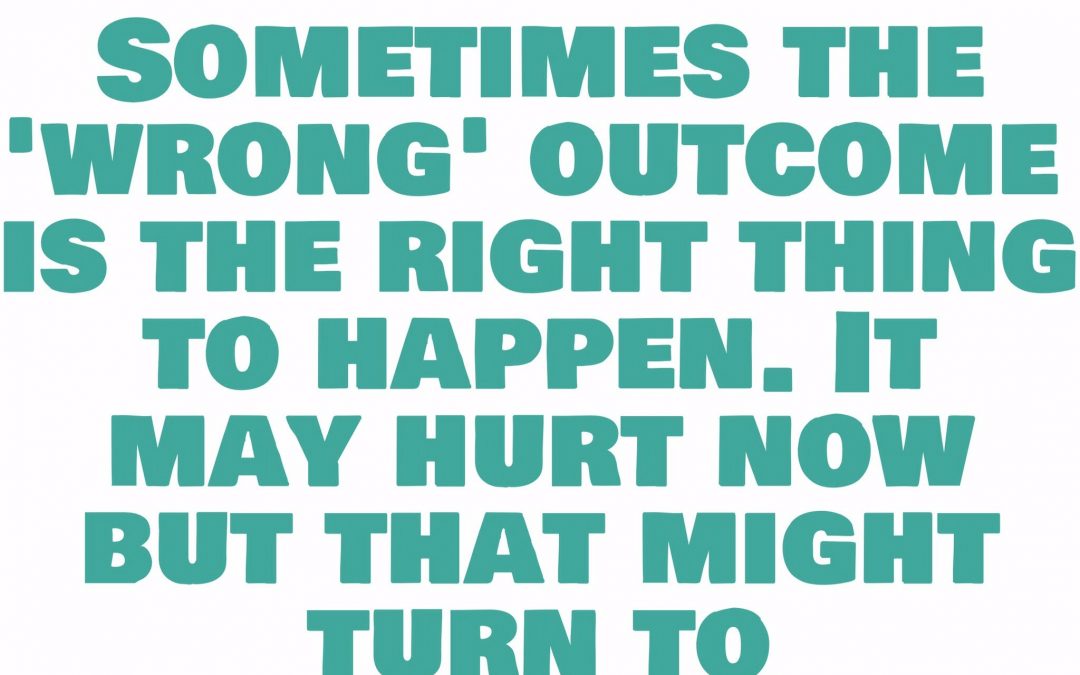 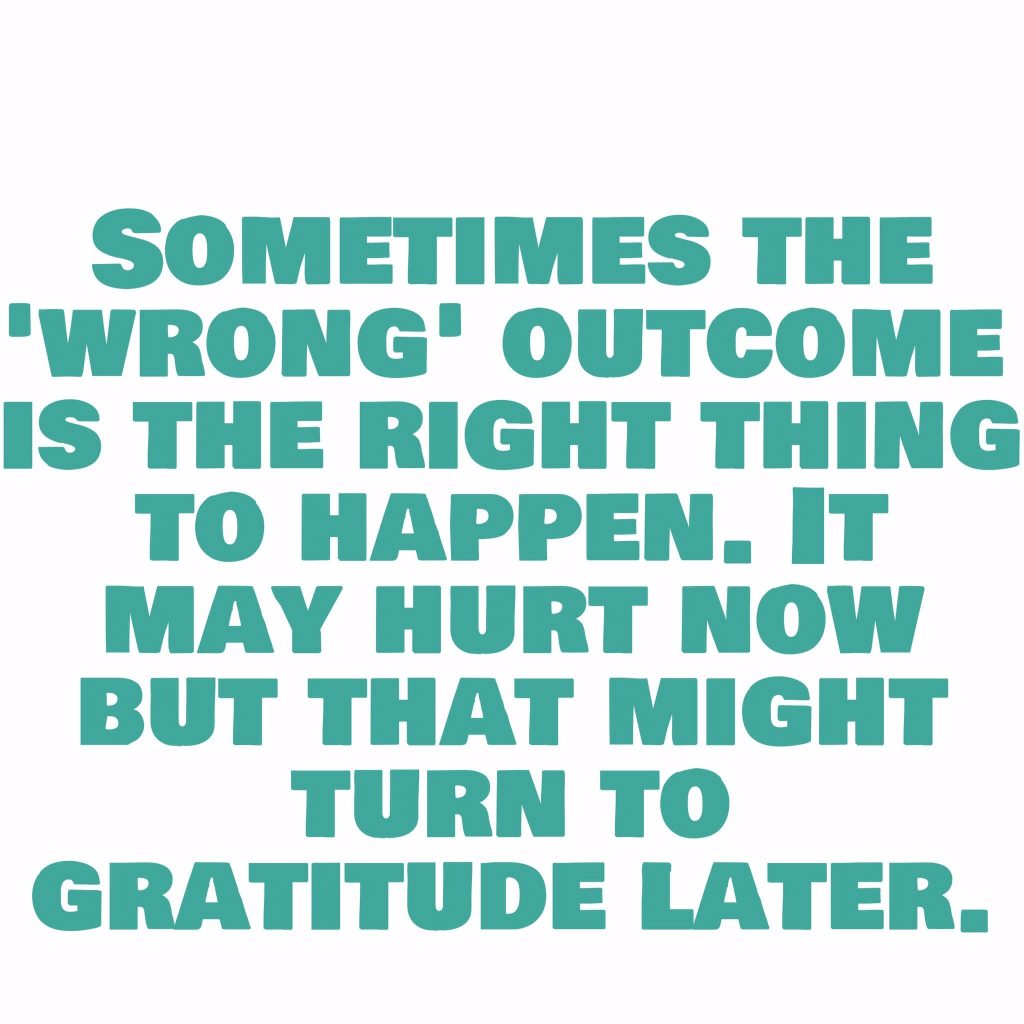 When we’re of the inclination to wonder what’s wrong with us and to blame an undesired outcome on not being “good enough”, we act as if the process (the way in which we went about it in terms of mentality and actions) was and still is ‘right’. We’re invested in the predicted result that ‘should’ have happened and actually, we’re very heavily invested in the process. This isn’t just due to the beliefs that we attach to our actions, choices, and the outcomes that we experience, but also because the alternative to that investment is change, and that may put us in the unfamiliar unknown instead of us being able to remain in the uncomfortable yet familiar comfort zone where we get to give ourselves a hard time with a narrative about everything that’s wrong with us or even life.

If we say that the result is wrong but at the same time we also state or imply through our reluctance to adapt our thinking and behaviour, that our process was right, we’re effectively saying that life, people, our past or other factors, conspired against us and/or that we’re not good enough to get the desired result for our process, even if the two aren’t a match.

Sometimes the ‘wrong’ result may be the right one. We often conveniently forget about how sometimes what feels so ‘right’ can actually prove to be wrong and if that’s the case, we can extend a bit of faith and know that while what’s happened may not make sense right now, the blessing in disguise will become clear further down the line.

Distance and time often provide a bit (or a lot) of objectivity, as long as we’re not still blinkered and bound to the process and doing the same things accompanied with similar thinking and getting the same or even worse results – in terms of relationships, this is Relationship Insanity. We become aware of those blessings in disguise and if we’re open to learning positively from the insights we stand to gain from our experiences, we become aware and appreciative of better things that are happening to us.

A friend of ours lost his job and it’s bloody horrible, but after being messed around by his employers for months and trusting them to do the right thing, being out of there is the right thing even though it hurts and is scary. It’s bad enough now but he has no doubt that it would have been a complete nightmare had he stuck around. In the end, the process of doing a good job and trying to be a decent person isn’t wrong, but ignoring your gut and hoping that people who show themselves to be flaky and dishonest will do right by you, is a flawed part of the process, and that’s the lesson he’s learned.

Don’t ignore signs or you – the signs give you a clue about future results that may not ‘fit’ with your plan and your process and if your tune out of your innermost self, you won’t be able to get a reading on your internal compass (your gut) and be able to act accordingly.

Sometimes we act as if because we do and think X,Y,Z, that ipso facto, A, B, and C will and ‘should’ happen irrespective of whether it’s the right and healthy thing for us, especially if we’re applying short-term and even egocentric thinking to what amount to decisions that have medium to long-term consequences.

Another friend was devastated when (unsurprisingly), an affair didn’t work out. She felt wronged, unlovable, and unworthy, and it didn’t help that after she cut him off, he kept sniffing around, professing how right they were for each other and how wrong she was…all while his ‘situation’ hadn’t changed. Actually, it was absolutely the right thing that he didn’t leave and once she recognised this, she lost her attachment to that predicted outcome, addressed the issues that contributed to her even being in that situation, and is now in a healthy relationship, something that she hadn’t been able to do even before the affair.

We can’t have unhealthy habits of thinking and behaviour and expect to reap the benefits of healthier habits. Equally, sometimes we have to look at our application – it’s a misappropriation of our energies if we, for instance, keep trying to make people who are reluctant to meet us in a mutual capacity, to love, validate and appreciate us, or to change their ways – and sometimes, we have to step back enough to see that a situation isn’t befitting of us.

Many people left devastated by a breakup or other form of loss, end up gradually ‘reclaiming’ and being their true selves because these situations often end up providing an opportunity to rebuild their lives in a way that they prefer. They start being and doing the things that they’d put on the backburner or entirely forgotten about. So many BR readers have connected with their creative talents, started businesses, returned to education, travelled, got involved with charity work, built up their social bases, and taken time to understand their needs, expectations, wishes and ultimately, themselves, and it’s only on reflection that they realise that their pain and possibly their rock bottom, was a major turning point. That and many have found love, with themselves and within romantic relationships.

When the way in which you’re thinking and behaving doesn’t produce the desired results, it’s never about your worth. Look at the process, look at the results; even a person who you compare yourself to and deem them to be ‘better’, cannot control the uncontrollable or turn a pig’s ear into a silk purse.

Do You Have a One False Move (& It's All Your Fault) Mentality?
What's The Benefit of Believing The Worst About Yourself?
Recognising That Being Intelligent Is Not the Same As Being Relationship Smart