Knowing When To Work At Your Relationship P2: Questions to Ask Yourself & Key Signs 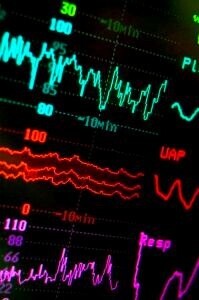 In part one I explained how the opportunity to work at your relationship can really only exist, if you’re two people who are potentially right for each other but engaging in behaviours that are counterproductive to the success of the relationship. You both need to be coming from an honest, illusion free place otherwise your efforts will be futile because you won’t both be working at the same relationship.

So where do you start?

Before you make the decision to work at your relationship ask yourself:

1) Do I have healthy boundaries in this relationship? Or has this relationship been operating because I have little or no boundaries? If it’s the latter, you have a lot of work to do personally, never mind in the relationship. You need to consistently show that you’re now living by your boundaries but you may also meet resistance now that you’re treating yourself with love, care, trust, and respect, because the other person may be happy with the way things are.

2) Are there any major red flags in this relationship? If you are dealing with someone who is abusive, or has an addiction, narcissist, etc, you’re trying to make a relationship with someone who actually has bigger issues to deal with. Unless you knew this person prior to the existence of this red flag and they are fully aware and ready to resolve the issue, you are actually engaging in fixing/healing/helping which is a sign of a very unhealthy relationship. Also read my post on how to spot emotionally unavailable men and why relationships don’t always work out.

3) Are you projecting? It is important to ensure that you are not cloaking someone else with your visions and feelings. What you think, feel, want, and see, is not what they think, feel, want, and see. A mistake that many people make is getting lost in their feelings and assuming that because they appear to feel a lot and want the relationship that the other party should too. You are two individuals. Clear the illusions and work out what the real deal is.

5) Do you want to work at your relationship for the right reasons? Deciding to throw more energy at a broken/fractured relationship because you don’t want to admit you made a poor choice, are afraid to be alone, afraid of starting over, or determined to prove ‘everyone’ wrong is a dangerous move. Being accountable, responsible, and your own best caretaker means that at times you have to make very uncomfortable decisions and admit that you’ve made a mistake. Remember, if you end a relationship and move on, and learn from what has happened, it frees you up to be in a more fulfilling relationship.

7) Are you actually being authentic? So many people end up becoming very distanced from who they are because they are so desperate to be loved and desperate to be in and to hold onto their relationships, that they lose sight of themselves. They become whatever their partners want them to be or feel that they have to let go of friendships, family, interests etc to make things work. If you don’t know who you are and are effectively co-dependent, it’s highly unlikely that you even know why you’re trying at this relationship. Lack of authenticity and personal security will mean that the desire to work at the relationship is driven by the fact that you won’t feel like an entity without this person.

8 ) Have you ever stepped away from the relationship? Not pretend step away where you say you’re offski and then panic and knee-jerk back but taken a break to get some headspace or even broken up? Distance gives objectivity and it also gives you a chance (if you use the time to work on you as opposed to going into obsession mode and getting trapped by your feelings) to gain perspective and regain your sense of self, especially if you have been acting with little or no boundaries. If you’ve broken up, going back to them will require a leap of faith. You both need to be honest and you need to continue to be your authentic self with boundaries as opposed to whatever you were prior to the break.

And the key signs your relationship can be worked on:

1) Your relationship isn’t reliant on you having little or no boundaries.

2) Both parties have talked openly and honestly about where the relationship has faltered and are prepared to be accountable not only for your contributions but also fighting for the success of it.

4) Both of you are capable of empathising. A common problem in relationships is only seeing things from our perspective. We wonder why they’re thinking their way when we think our way. You need to be able to empathise with one another and step into one another’s shoes.

5) You have the fundamentals – love, care, trust, and respect. Not one of you – both of you. If you don’t have these, anything you’re doing is a waste.

6) You can move on. It’s hard to feel like your efforts are going somewhere when one or both of you are bringing up old stuff – it’s like This One Time in Band Camp. “Well, remember that one time when you let me down back in 2003? This is just one example of why I’m mad at you!” Let go because holding on to this stuff means you and the relationship cannot progress.

7) You can be action focused. Don’t just talk, do.

8) You’re prepared to listen to one another and understand your ‘language’ and how best to communicate. If you already know that approaching him feeling emotional and defensive straight after work generates a negative reaction, stop doing it. If they’re the type of person that respond better to decisive conversation and action, don’t spend time having long winded discussions and show.

10) You’re prepared to be real and change, even though it involves you getting out of the familiar uncomfortable and getting uncomfortable for more positive change. This means working through personal issues and ensuring that you are personally secure so that you are not emotionally demanding – drama seeking, expecting constant validation etc.

Is it love? Or is it glorification? Stop pumping them up & take down that pedestal!
Florence Nightingale: Why needing to fix/heal/help in the name of love is unhealthy (P1)
Podcast Ep. 263: Some People Might Miss the Point of That Statement You’re Trying to Make