Are You Compromised In Your Relationships? 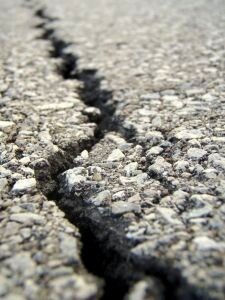 I look back at some of my past relationships and I compromised and was so compromised that I didn’t recognise myself. My boundaries would get battered, I’d forget about things that I valued, and I would morph to reduce the conflicts that were arising in my relationship, both between myself and the guy, and also within me. This was all in the hope that the payoff would be a happy relationship, however instead, I became so distanced from myself, it was like the real me was trapped inside begging to be let out.

The word ‘compromise’ can be really overused and misused in relationships, as if doing it has something to do with changing yourself to meet other people’s agendas. This means that we’re either compromising about the wrong things (we let go of fundamental boundaries and values making ourselves automatically incompatible anyway) or we compromise way too early in the relationship...and probably about the wrong things again!

I don’t mean this in a narcissistic, selfish way, but, if you ensure that you are covering off your own boundaries and values, which means that you are taking care of your sense of self, you are far more equipped to take care of others without it having to detract from you.

People generally compromise to avoid conflict. The big trouble is that whether you compromise or not, conflict is going to happen in relationships, even if you don’t want to accept that fact. We can have very unrealistic expectations of ourselves, our partners, and what we expect to happen in relationships, and when conflict arises, we panic and wonder if the relationship is doomed to hell. We suddenly start seeing problems as insurmountable and looking at our partners in a different light. Or we assume that the way to resolve conflicts is to quickly remedy the situation with whatever we think will make them love us and want us. Whilst we can’t always be level headed, a lot of the time we knee-jerk ourselves into resolving the conflict by compromising even when it’s not actually necessary.

When you compromise to avoid conflict, this is a negative basis that can end up setting a really unhealthy tone for the relationship.

You’re not compromising out of a positive place. In fact, you’re not even compromising; you’re just throwing yourself at the mercy of the relationship and hoping everything will even out.

Relationships are not about keeping score and actually, when you’re in a healthy relationship where both of you have both of your feet in and empathise and share with one another enough to act in one another’s interests, much like ‘working’ at a relationship, when you do compromise, it’s not a hardship and you probably won’t even call it a compromise.

But we do have to learn to work our way through conflict. We also sometimes have to acknowledge what the true meaning and cause of the conflict is, to ascertain what it means in the wider context of the relationship.

A prime example of this is if you are involved with someone who likes to have things on their terms. Maybe conflict arises when you suggest doing something that you have planned. They put up resistance so you quickly shift position and agree to their plans. The next time a conflict arises, it may be because you want to progress the relationship and they’re ‘not ready’. In your desire to keep him, you agree to keep thing casual. In another conflict, you express your unhappiness about the fact that he did something thoughtless and uncaring. He shuts down and then refuses to speak with you or even disappears. You quickly apologise and he gives a half hearted apology.

The net result is that not only are you compromising yourself, but after a while, you learn where conflict is likely to arise and pre-empt situations to avoid further conflict.

Or you start to voice your feelings/anger about something and even though you may be justified, you quickly backtrack and even apologise unnecessarily.

You find yourself involved in a relationship that you didn’t agree to.

You keep wondering why everything is on their terms.

You wonder why they won’t compromise.

You wonder how you thought they had compromised only for them to do exactly what they had originally intended to do – yep, passive aggression at its best.

Another example is that sometimes we can be so desperate to fill voids and hypersensitive after the end of our previous relationships, that we start out compromising by essentially being someone different to who we are. We are operating off our fear and assume that if we don’t compromise ourselves that we will ‘lose’ them. Unfortunately this sets a very bad tone for the relationship. Often, further down the line, you can end up trying to shift your position and of course you’ll be met with resistance because this is not how they are used to dealing with you.

Likewise, in compromising so early in a relationship, we immediately teach the other person what to expect from us and they adjust their behaviour accordingly – this means if you’re operating without boundaries, they assume that what they can get away with is normal.

The best way of knowing how compromised you are in your relationships are to:

Look at yourself in the mirror and ask yourself if you’re someone you recognise. Are you being authentic? Do you have boundaries? Are you living true to your values? Can you remember what you like, what you’re interested in, and what motivates you?

Is it just you compromising? The hallmark of a dodgy relationship is if it’s on one persons terms – that’s when you know that one person is compromising the crap out of themselves whilst the other is getting a free ride.

And how do you compromise?

Relationships aren’t about keeping score so it shouldn’t be tit for tat. When you do compromise, compromise positively and wholeheartedly because if you don’t, resentment sets in and you wonder when you’re going to get payback.

Listen to one another’s needs. What feels earth shattering to us, doesn’t feel like it to them and vice versa. As a result, this opens up great opportunities for compromise because by understanding one another’s needs (or doing your best to), you don’t always have to knock heads and you get to appreciate life from their perspective.

Make sure you have real common ground and values. It’s all very well having a shared interest in the outdoors and reading high brow books, but if there isn’t mutual love, care, trust, and respect and shared values, you will become incompatible and throw yourselves into compromising on things that are fundamentally important to you.

Have boundaries. Boundaries are not something you compromise on which means that both of you have limits.

Compromise shouldn’t create a ‘loss’ – this is why so many relationships struggle because when people compromise, they do things that cost them their sense of self.

Don’t do anything that leaves you feeling that you are being taken advantage of. Likewise, be adult enough to recognise that holding your ground on everything for fear of appearing weak is a highly destructive behaviour for the relationship – you may as well ride solo.

Be someone of your word. There is nothing worse than compromising with someone only to find that the other person has reneged. If it happens regularly, it’s a sure sign of passive aggression. Reneging on the deal means that you’re not compromising; you’re making all the right noises and steering things around to what suits you on the quiet. Very manipulative and controlling – two things that don’t bode well for relationships. If you find yourself with someone like this, it’s just another indicator of their actions not matching their words.

Make sure you’re compromising with someone where there is level ground. If someone else holds the powerbase or you have them on a pedestal looking down on you, this is not a meeting of equals so you can’t compromise positively as one of you is on negative footing and the other is reaping the benefits.

Compromise is fundamentally about finding a middle ground. If there is no middle ground in your relationship, you’re operating off extremes and that’s not compromise and it’s certainly not the basis for a healthy relationship.

Whatever you do, do not compromise the fundamental you in the relationship. You’re a valuable entity, even if you haven’t quite realised that yet. If you rub yourself out of existence by morphing and adapting to suit every person you’re involved with, you’ll lose sight of yourself. You are what you bring to the table so if someone wants to play solo instead of being a team player, it’s best to let them hang solo instead of taking one for the team…that doesn’t exist.

It's Time To Heed The 'Historical Data' Instead Of Treating Shady Treatment As An Anomaly Or Somethi...
Great on paper, not so great in reality: Why superficial reasons don't carry much weight with deep d...
Since when did personal space become such a 'bad' thing? It's OK to need some breathing room to deal...