Advice Wednesday: 7 Years of Flip-Flapping & Now He’s Proposed. What Should I Do? 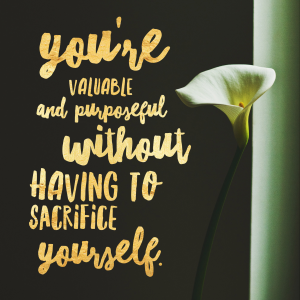 Kay asks: I’ve been in a co-dependent, vicious cycle for 7 years. It’s textbook blowing hot and cold. I’ve always been the pathetic chaser who has been unceremoniously dumped too many times to count, only to be wooed back into the cycle again a few weeks or months later with promises of change and forever talk. But talk it was—why would anything change when nothing had changed? There was no therapy, no proof, but still I went back time and again to maintain my job as doormat.

In February, the plan was for me to visit him in Colorado (I live in Pennsylvania—in place of love, he pays my rent to live across the country) for a reinvigorating Valentines Day. Instead he showed up unannounced saying that he “couldn’t do it anymore”. At that moment I felt liberated, believing it’s the best that could have happened and asked him to leave. Months on and I’m helping him open up a new business venture (yes I know this was probably a mistake but I still love him and want him to succeed so I went to help) and right as I finish a little monologue with him over dinner that I thought we were in a really healthy “friends” place, he proposes. I couldn’t believe it. You’d think I would continue our terrible push/pull cycle and jump at this offer, this was the big deal I’d been waiting for all these years—I’d won!—but my guts twisted up and wouldn’t let me. Now we’re in the cycle in reverse, I’m trying with all my might to stave off my addiction to going back to him, only he’s waggled a shiny thing at me. My guts have hit the wall. They say no. Please tell me what to do.

Kay, this is one of those situations where as bad as what someone else is doing to you is, you have to acknowledge that what you’re doing to yourself is far worse. You’ve held you hostage to this situation for seven years and it’s suited you to do so. No, you don’t want to be mistreated but on a deeper level, the way that you feel about you has meant that this codependent dynamic has been validating your beliefs about you, love and relationships. This situation feels like home to you otherwise you would have told this guy to beat it ages ago and to stick his rent where the sun doesn’t shine. What do you want–a daddy or a loving partner?

Now I get that you’ve done some serious time in this relationship and that you might be worried about letting it all go up in smoke but I would be more worried about selling you down the river and still doing this rather painful dance in another seven years time. You are better than this. You do not have to suffer for love. It’s not your job to be a doormat—compassionately investigate where you learned that you are only valuable if you feel purposeful and needed, even if it’s by someone who is taking advantage of your good qualities, which you are misusing.

Do you know what people pleasing is about? Showing others how they ‘should’ behave.

You hoped that your devotion would activate his conscience and that the guilt would cause him to finally step up.

It’s believing that because you have suffered and stood by him through thin and thin, that you have now earned the right to his love.

He announced in February that he “couldn’t do it anymore”. If he was feeling that much strain about not doing much at all and it’s now seven years in, it was time for him to go. You then had a brief period of feeling liberated, only for you to then proceed to help him start a new business venture because you say that you love him and want to see him succeed, but is this true? You can love someone and want to see them succeed by being supportive but because of your need to feel needed, it’s as if you don’t think that he could do this without you but also that you wouldn’t wanthim to do it without you as you would feel redundant. It’s like, “Yay! I’m free! Wait! Feck! I’m free!”, and next thing you’re trying to get back in with your ‘captor’.

From there, you give this ‘friends’ speech, only for him to propose. You have summit fever–you’ve been so focused on the goal of ‘getting’ him forever that you’ve ignored signs that you need to abort mission and your over-commitment to that goal has hurt and cost you a great deal. The proposal is an anticlimax and it most definitely isn’t a “win”.

What you have to acknowledge is that this is all games. Heaven forbid that you would no longer be there for supply, so now he’s played his trump card and proposed, not because he’s going to marry you but because he feels out of control or wants to prove that he’s still in control. He needed to know that even though he isn’t going to change, that you’re still the same. The day he can’t reach you or you won’t dash to do his bidding, is the day that the carefully constructed framework of illusions will collapse. You are his security blanket that let’s him feel more OK with his flip-flapping and the truth is, if you weren’t on some level afraid of taking responsibility for your own life and making decisions to help you take the right next steps for you, you would stop giving him permission to waste your time.

Self-respect is the self-discipline to have one’s own back even when it means experiencing discomfort. It’s being boundaried for you so that you can be boundaried within your relationships. If you will do all of this for the seven-year flip-flapper, there’s no reason for anything to change and he is in the wrong but your side of the street is that you have busted your boundaries to accommodate him.

Until you understand what the baggage is behind this situation, you will keep seeing the problem in the same way. Who and what does this guy represent? Your father? Mother? Someone else? What are you getting out of being the equivalent of a teenager who’s palmed off with material goods as a substitute for parenting and showing up emotionally? It’s like, “Fine, daddy! I’ll spend your money to spite you!”. This is keeping you small. When you acknowledge what has happened in your past that would make this situation viable and even normal for you, you’ll see that this isn’t love. The job of this relationship might be to wake you up to the need to love and take care of you and stop blaming someone else’s earlier actions in your life on you not being good enough.

Your gut is screaming no and with good reason. This man has not earned the trust to be able to propose marriage. Being engaged to never mind married to someone you cannot rely on, is a bad bet. Don’t allow your pleaser to oblige you into this marriage proposal out of fear of making him feel bad. You don’t owe him a yes and you are not responsible for his feelings and behaviour; you’re responsible for yours. You would be signing up for a new round of cat and mouse. If a relationship is coming at the expense of you being able to listen to yourself, he’s got to go.  It’s time to start literally and figuratively paying your own rent and to evict him from your life.

Have you ever been in situation where you’ve wanted something so badly only for it to be a total anticlimax and the sudden realisation that it wasn’t what you truly wanted or needed?

Advice: Why do bastards change into ideal partners?
The Commitment Is in the Offing Ticking Time Bomb - Why do they back off when you reciprocate?
Relationship Advice: Is he ever going to commit to me? How do I get him to listen?