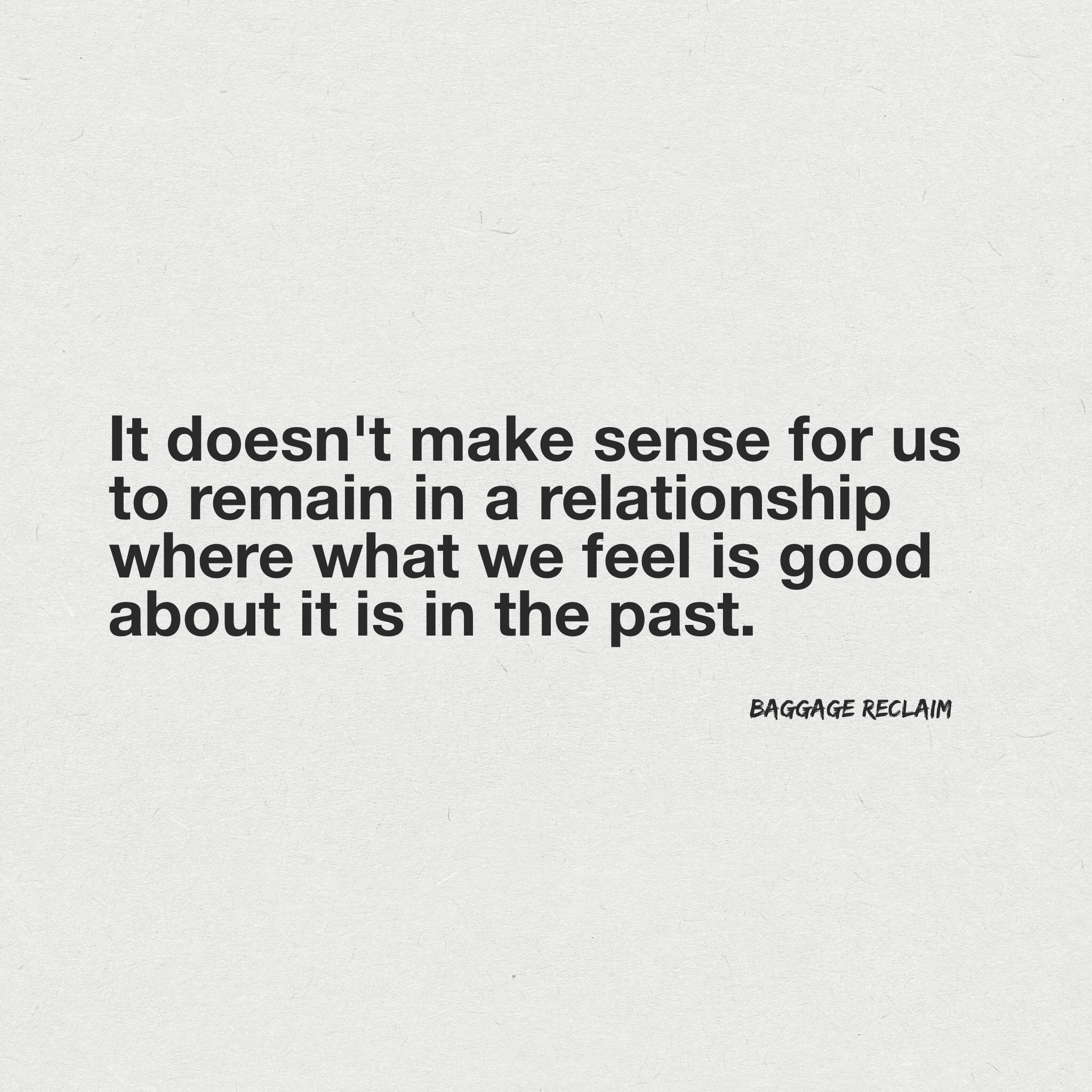 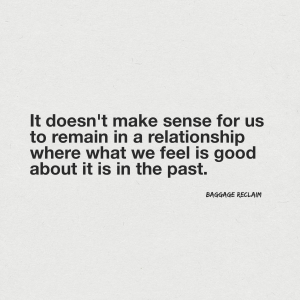 “He/she made such a good effort at the start.”
“It seemed so promising.”
“I’ve given up so much.”

These are common reasons that are used to justify remaining in a relationship that’s no longer working and they all neglect to take something critical into account:

Anything that’s considered to be a contribution is the cost of getting involved.

It’s what’s known in business and decision-making terms as a sunk cost. It means that the cost has already been incurred and it can’t be undone or recovered. That might be investing in equipment, research, or advertising or from a decision-making perspective, it’s what’s invested before having to make the decision.

We cannot date someone or enter into a relationship with them without investing time, energy, effort and emotion.

Granted we can be wise with our investment by doing our due diligence (as opposed to cost cutting and trying to skate by on the bare minimum) but whichever way you slice it, relationships including the ones that never see the light of day because they go bust before they take flight and the ones wheee it becomes clear that each party wants different things, take investment.

We can’t keep score with an itemised bill of everything we think we’ve been and done that we think obliges us the relationship we want.

Keep in mind as well that it’s all relative because what feels like passing a kidney stone for some is something others give and receive freely.

What so many of us fall into the trap of doing is conflating the decision to invest with the potential of the relationship, when in truth they’re unrelated.

Some of us invest blindly, going all-in because we mistake intensity for intimacy. Some of us invest regardless of code amber and red warnings telling us otherwise because we become fixated on the goal of achieving what we want without caring enough about how we get it and the damage we incur en route or following the achievement. Some of us invest because we on some level hope that the other party will feel obliged to reciprocate, neglecting to recognise that directly or inadvertently trying to people please someone into giving us the relationship we want is shortcode for guilting them.

When we get hung up on what we feel that we’ve invested and we hang around to get a return on investment (ROI), it’s time to ask ourselves: Why do I need for my partner to feel bad so that I can get what I want?

Really it’s the difference between coercion and collaboration, feeling victimised or taking responsibility for how you want to feel and continue to feel.

When we are trying to figure out whether to stay or go, that decision has got to put aside the sunk costs. That past time, energy, emotion and effort are done. Those contributions were made at a different time under a different set of circumstances with a lesser knowledge than what we have right now.

To be honest, most people make a good effort at the start of the relationship. Chris Rock calls it meeting each other’s representatives. Basically I don’t recommend hanging your hat on the beginning because relationships and people unfold–the beginning where it’s honeymoon is the phase before the relationship started. It’s amazing what people will come across as when they want to get into our pants, are running from their ex, have overestimated their interest or capacity to commit, or they’re quite simply high on newness and possibilities.

It’s more than OK for us to have seen promise in the relationship but it only represents our understanding at that time. If the subsequent actions and values are at odds with that promise, we have a duty of care to ourselves and the relationship to get into reality so that we can come from a place of acceptance and decide to stay or go authentically. The whole idea of moving from being strangers with someone to being in a relationship is because we see promise but want to find out if that’s legit. Our vision of the potential isn’t a contract written in blood.

If it’s coming down to feeling as if we’ve given up a great deal [for the relationship], this is where we have to be particularly careful, as justifying sacrifices that maybe at one time were billed as ‘acts of giving’ we were willing to make because we thought things were going a certain way, keeps us in something long past its sell-by-date. We have to be honest about what we feel we’ve given up and if they’re the things that matter like our dignity, integrity, reality, family and friends etc, we need to halt because there will only be more pain ahead if we keep waiting to be paid back.

There is no paying back so we have to take responsibility for our contribution and choose mindfully.

It doesn’t make sense for us to stay in a relationship where what we feel was good about it is in the past, because we’re only making ourselves feel bad by staying. We’re holding ourselves hostage to a situation on the basis that the other party, if we’re pleasing enough, they will feel sufficiently inspired to feel and behave in a way that credits us for the previous, time, energy, effort and emotions ‘spent’.

That’s our agenda not a joint agenda.

Sure, we have memories, good times and the like but if we’re at the point where we’re having an internal battle about whether to stay or go, we need to pay attention to what is and the net content of our relationship. What we can’t do is make a decision based on fear of not getting ROI on a previous decision because we run the major risk of doing things for the wrong reasons. We might stay with Bob because we’re trying to make up for the Tom decisions and so on and so on.

Park the past decisions and look at the fresh decision. When you consider how things have been and who each of you are in the relationship now, how does that affect your decision? When you accept reality, is it at odds with the reasons why you invested?

Truly loving, healthy relationships will always have logical reasons based on what is. Don’t block your own happiness and extend your pain out of an irrational desire to recoup what was.

Are you doing the other person's 'job' in your relationships?
Guest Post: An Emotional Guide for the New Relationship
Awkward conversations don't have to be avoided
Share this...