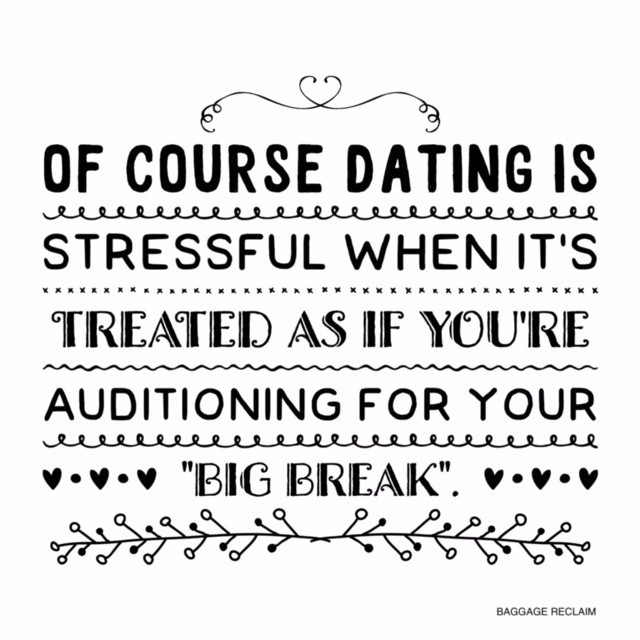 Imagine that you were trying to fill a job role and one of the candidates made inappropriate comments, or was argumentative, or maybe they crossed the line. Would you still go ahead and hire them or bring them in for another interview?

Let’s take this a step further: Imagine that you’re interviewing/screening for a potential partner for a joint venture opportunity. They’ve said all of the right things that suggest they could be a potential fit. Now, you’re meeting up to see how they stack up in real life. Would you feel as if you could meet them once or a few times and be in business with them?

Let’s say they blew you off and didn’t even call to say that they couldn’t make it. Would you still hold them in the same light? If they were critical, passive-aggressive, aggressive, very forward, railroading your NO, what then? Wouldn’t you think, Hmm, something’s smelling very funky here? You’d maybe try to step back so you could see things more objectively.

Or maybe you’d ask more questions. Perhaps you’d just straight-up flush the situation because you realise that this is not taking you towards where you want to go. You’d put your own instincts ahead of the opinion of someone who you’ve known for a hot minute. You definitely wouldn’t be mentally already in business with this person without having 1) met them or 2) taken some time to suss them out before committing to progressing things.

I say all of this because dating is a co-interview process. It’s not an audition for the starring role in The Most Self-Important Person In The World’s life or in fact anyone’s life. You are mutually screening and interviewing.

No one person is having more ‘power’ and deciding votes than the other; you are both free to walk away at any time. It is a discovery phase. After an initial impression triggered curiosity and possibly attraction, you get a sense, not just of how they stack up in real life, but also how you are around him/her. It’s like, Who am I with this person? Am I more of who I am or less? Am I genuinely happy and present or am I in a state of anxiety and if so, why?

If there’s any concern over ‘power’, then it’s not dating; it’s auditioning. And of course, if you go on every date feeling as if you’re possibly on the verge of landing the role of a lifetime, then not only are you going to be stressed about so much as putting a foot wrong but you will actually forget to show up as an equal party.

You will forget to do your part of what is supposed to be a co-interview process. It will be the equivalent of subsisting on scraps and taking bit parts here and there to cover the bills (your self-esteem) but waiting for your the “big break”. Being you and self-care then become like the crappy job until you get to do what you really want.

You do know that you don’t need to delay happiness until you meet somebody who can ‘give’ it to you, right?

If you treat dates as if they’re auditions, I hate to break it to you, but they’re now your boss. Or certainly your future one! That’s concerning when you either don’t know them yet, haven’t met them, or have but know that you don’t share similar core values.

It’s crucial to acknowledge that the way an auditionee conducts themselves is entirely different from someone whos’ aware of choosing. The latter knows that they are a separate, worthwhile individual who had a life worth living before this person entered their radar and will still have a life worth living if it turns out that they’re not The One Forever and Ever Amen.

It pains me to see people selling themselves off cheaply. It’s like, “Please let this person be even a little bit decent so that I never have to go on a date again or be alone”. It’s damn lonely in a relationship that isn’t mutual or where you’ve settled for crumbs because don’t get things twisted:

You’re not settling for crumbs because it’s Armageddon and the dating pool is dead; it’s because you don’t value you. You’re unaware of how that’s affecting not just your choices but whether you will stay in a relationship long past its sell-by-date.

It’s very easy to go, “I went on X dates with Y assclowns so that means that there are no decent women/men left to date” but at some point, you have to start asking questions.

OK, I know that I can’t control who approaches me but in a world where everyone who dates will encounter some duff deals, especially if they’re starting off online,

1) Why do I think I’m different to people who do go on to have mutually fulfilling healthy relationships?

2) What stops me from either cutting and running as soon as it becomes evident that they’re not great partnership material, or from ensuring that I screen with greater due diligence and stay grounded?

Your answers will help you to understand where you’re really coming from.

A change in attitude relieves a hell of a lot of the stress and anxiety associated with dating. It also significantly impacts your choices.

People who treat dating like the co-interview process it is are partners in their relationships, not employees.

They show up willing to be who they are instead of thinking, OK, what does the role of their girlfriend/boyfriend or future spouse call for me to act like?

Act like? Being yourself is better than signing up for the soul-destroying act of sucking up to ‘The Boss’ in the hopes of getting a promotion or a seat on the board.

When you co-interview while dating, you realise that you matter too.

You think about the partnership you want to create and how you’re going to copilot. There’s not taking a back seat at the outset and then trying to get up to the front. You also listen to the feedback of your experiences and your intuition so that you become more attuned to when to proceed and when to roll back. You don’t agonise about stepping away after one or a few dates.

Also, just as you don’t really know what the company, job role or partnership is like until you get started, you need to recognise that proceeding from dating to a relationship is where you essentially agree to see what the professed or assumed values are like in action over time. It’s easier to do this and enjoy positive results when you lay the foundations. Yep, this means showing up as an equal from the outset and co-interviewing. You can’t go from auditionee to copilot!

Do you know what else changes when you approach dating with a co-interview attitude? You stop pumping people up and giving them an over-inflated sense of their own importance.

Suddenly, those who think that they can do as they like because they’ve been accommodated by people who don’t have boundaries, won’t get as much airtime. They won’t be able to go on about how “busy” they are or be able to act as if they have a flock of ‘candidates’ vying for this ‘amazing’ prize.

Sure, there will always be people who act that way (and there always has been). The difference is, though, that you won’t be hanging around them. They’re not suited to what you have in mind for you. In your mind, the cogs will turn and it will be like, Beep, beep, beep. Not partnership material.

There’s also a portion of these people who get wise to their ways and become open to loving, copiloted relationships but it’s not going to happen in a relationship where the other party is sheltering them from the truth and yes, they are likely to regret how they acted with some of their exes.

Dating isn’t easy. You have to grapple with your own quirks, never mind being vulnerable enough to put yourself out there and try to get to know people.

And this is all done without guarantees but always with a level of investment.

What makes dating hard though is:

Is it really fair to say the latter? Or does that just make it easier to secretly accept failure from the outset and remain stuck in a pattern that’s not serving you where it’s safer?

Don’t give up on you. Until you’ve spent as much time dating from a place of equality as you have from a place of being a pleaser who feels inferior in some way, it’s far too early to call it.

Dating Advice: Am I wrong not to have offered to pay my share on the date?
Reclaim You: 100 Tips For Dating With Your Self-Esteem In Tow
It's OK to receive - you don't always have to be the giver