Advice Wednesday: I Tried To Rescue Him From His Unfair Open Relationship & He Went Back To Her 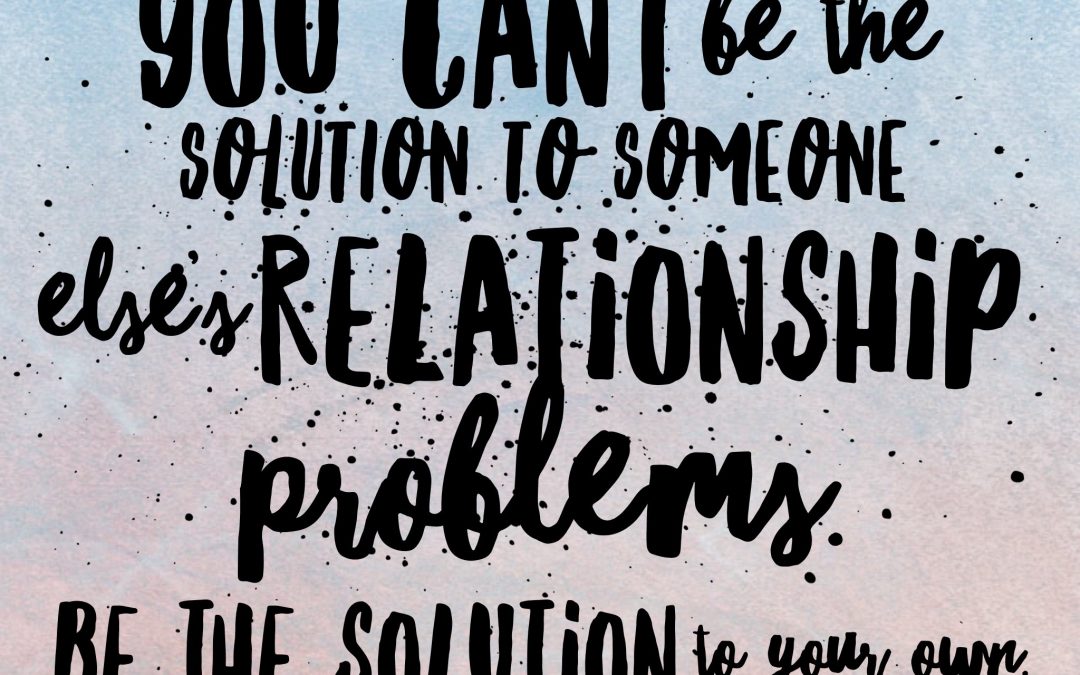 Marie asks: I met a couple five years ago in our cycling club. For the last 3 years, they’ve had some sort of unfair open relationship, although she seems to have her cake and eat it more than he does since he’s a bit of a Mr. Nice Guy and doesn’t have much success with women. During this time he started chasing me, declaring his feelings to me, and his wife tried to push each of us together as well. I always bluntly refused but he still continued to pursue me, and we occasionally had platonic drinks and meals.

Last summer when I was vulnerable and lacking tenderness plus I could see how badly it was going between them (she had recently had a three-ways with guys at the club), I finally gave him a chance, minimising potential impacts on me in order to give him a kick to sort out his life once and for all and to stop always forgiving her and going back to her (I’m a bit of a Florence, and actually real ex-nurse now journalist). I want him to be out of this, without any regard to me. Truly, I hated seeing him doing this to himself.

So I slept with him and against all expectations, since I was not at all physically attracted to him at first, I liked it. It was not passion; it was pure tenderness and I really loved it. We saw each other a few times and he asked to see me more often claiming he was obsessing about this. I told him that I liked him a lot but that I would never share him with his wife and then I took a few steps back.

Six weeks later, he announced that he had finally decided to leave her after 17 years, two kids, and her cheating on him ten years before. Two weeks later, he changed his mind. After having pushed him toward me, she sent me messages advising that I shouldn’t get “too attached to him”, that it was going “too far”, that it was not the deal that she had with him… so I bailed out completely. These two are toxic and I’m glad to be out. I feel overall better, but still, I’m also deeply mad at him and moreover at myself for having let this happen. How can I deal with the fact that I’ll have to see him again at the club and on the board (we were both elected) and that all I want to do is scream at him? Should I leave the club? I work from home 5 days a week and I need this social crowd. 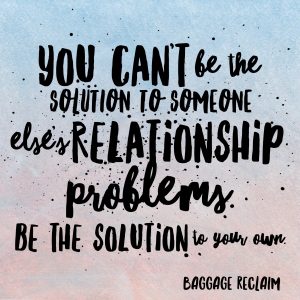 Do you know what I saw as I was read your letter? A child caught between her parents, feeling sorry for poor put-upon daddy who she has to protect from narcissistic, ‘evil’ mommy who doesn’t know how to be a proper wife never mind a mother.  That same child is inappropriately used as a confidante and emotional airbag, and is so eager to be loved that she pledges her allegiance to the put-upon parent, only to be let down by that parent who never ‘chooses’ her, causing her to feel hurt, rejection, and a sense of injustice.

You’ve taken one look at her and what you perceive as their relationship and gravitated to him and over-empathised—you’ve put yourself in his imagined shoes and then projected some of your own beliefs and personal experiences including some hidden motivations. You appointed yourself as his saviour and decided to advocate for him with it culminating in you offering your body as a vessel for him to sail away from this woman.

I’ve gotta say, this is one hell of a sacrifice for some guy you met at the cycling club who repeatedly crossed boundaries by ignoring your lack of receptiveness. He was a guy you felt sorry for, or what I should say is that he’s a guy that represents someone else you feel sorry for that you’ve attempted to right the wrongs of the past with—who is that?

What is it from your past that this involvement represents? Where else in your life have you been caught between two people and picked sides?

When you understand that, you will understand your hidden motivations along with the pain, fear and guilt you carry that have surfaced in this involvement and caused you to breach your boundaries in a way that’s left you deeply wounded.

You’ve been in a three-way without you even realising it.

There’s definitely an element of martyrdom: he has either amped up his situation and played on your sympathies in order to gain sympathy which then became a currency he could ‘spend’ on sex with you or, you inadvertently made a martyr out of him in your head and through your actions and choices by exaggerating his discomfort to fit the narrative of what you had essentially already decided.

Either way you’ve been played because my spidey sense tells me that you’re not the first woman caught in the crosshairs of this dysfunctional pair. They even tag-teamed you and instead of picking up the code red alert, you felt even more sympathy. On some level, because you had this narrative worked out where he’s the victim, you’re the rescuer and she’s the villain, when she tried to push you both together, it must have been flattering because he was assumed to be this poor, unwitting man who had no success with the ladies despite being free to do so and now you were effectively being deemed really attractive and suited to him.

When we examine why we get involved in and remain in piggy in the middle situations despite signs that we need to exit and leave them to it, what we see is that despite our very real complaints and hurt over it, we are motivated by what we get out of the role because we need to feel needed (Florence Nightingaling) and we enjoy the attention.

I don’t blame you for being angry with him and I also understand the anger that you’re directing at yourself. It’s the whole knowing deeper inside what was really going on and what you needed to be and do but being too scared to do it and hoping that you could have the fairy tale or that it would at the very least all work itself out without you having to get ‘mean’ about it (read: have some healthy boundaries). You may have felt guilty and disloyal about knocking him back because of whatever and whoever this experience is connected. It’s feeling as if you have let you down and you don’t know how to get that decision back because you can’t turn back time.

You’re angry with him because he’s chosen the villain and this has sparked resentment and poked at old wounds. He’s not letting you be the saviour.

The truth is, he doesn’t want to be ‘free’, there is a hidden payoff to remaining, and this marriage suits his narrative.

Acknowledge what this whole situation was really about. When you do, you will begin healing something enormous from the past that will help you to transform yourself out of this situation. Recognise the journey you have made to this point so that you can understand the beliefs and experiences that made you ripe for this situation. Forgive your younger self for not being able to understand the nuances of adult relationships and for not being able to save whoever it was. It wasn’t your job in the first place—see my post on being over-responsible.

Work through your anger. Therapy, counselling or other forms of support can help with this. As a starting point, begin with Unsent Letters (guide here) which will help you to write out and release those feelings. It will also help you to take responsibility. Yes, this couple are grossly inappropriate but when you acknowledge the story you’ve been telling you and where you had blurred boundaries, you can put healthier emotional, mental and physical boundaries in place that allow you to forgive you so that you can move forward without walls.

It will also give you the opportunity to forgive your younger self including the more recent versions of you, for what she didn’t know and to also identify what it was from the past that revealed itself through this experience. Get cracking on expressing that anger and it will become clearer to you about whether you want to stay in this club. Personally, I would leave. Why would you surround yourself in such negativity energy? Does it serve your highest, most evolved and loving self to step into this environment?

Do you need this social crowd? I work five days a week from home and sure, I’d like to do some more things where I mix with people but I’m not interested in hanging around in any place that’s effectively a swingers or whatever club masquerading as hobby meet-up. The question is, are you? Don’t let your ego convince you that this is the only place you can make friends.

Have you tried to rescue somebody from what you felt was a bad relationship? What would you advise Marie to do?

Each Wednesday, I help a reader to solve a dilemma. To submit a question, please email advicewednesdayAT baggagereclaim.com. If you would prefer your question to be featured on the podcast, drop a line to podcast AT baggagereclaim.com. Keep questions below 200 words. If you are looking to make a big breakthrough in your relationship pattern so that you can be truly open for the relationship you want and deserve, check out The Breakthrough.

Don't confuse empathy with playing a role of accommodation and overcompensation
Getting Over Him When You Thought You Were Friends Part Two
When You Believe You Can't Leave, Funny Enough, You Don't Leave