Are You Trying To Be ‘Good Enough’? Surprise! You’re Already Are. 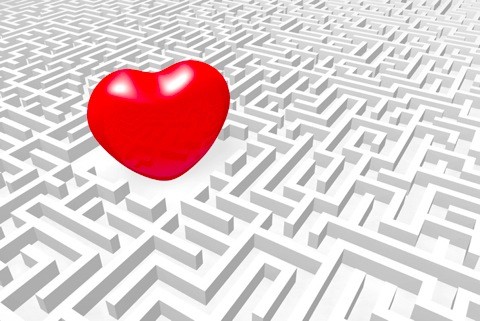 In business, particularly in IT, many create products that are good enough to put out there and then evolve them. They start off with simple and possibly even quick designs, launch and then evolve. That is ‘good enough’.

You only have to remember the ads for Daz, Ariel and other laundry powders from the 80s to see the whole ‘good enough’ in action. They all washed clothing back then. They’ve evolved and wash better

Unless you have deemed yourself impossible to evolve, you’re good enough right now. You’ll grow over the years because life is an education but you’ll just do an already good enough you, better.

One of the things I recognised about my old obsession with being good enough is this:

We do not arrive into this world as fully functioning. We have to grow, learn and evolve. We did not need to have full functionality from the outset otherwise we’d all have been screwed. Who do you know that has come out of the womb fully functioning with no need to evolve? We also don’t even need full functionality at 18 because it’s like when we become adults, many of us have to eff up quite a bit and then raise ourselves into adulthood.

We’re always learning and evolving or at least those of us who want to learn and evolve are.

I worried about being good enough for as long as I can remember. I can specifically remember thinking about it when I was 5. But I was good enough when I arrived – it just took me another 23 years to realise this. It’s not like I did anything spectacular and thought, “Well Nat, I think you can graduate out of ‘mediocrity’. You are now officially good enough.”

Being ‘good enough’ isn’t a destination – it’s a choice to accept you as you are and a willingness to accept that your experiences in life serve to teach you lessons about what does and doesn’t work for you and where you can continue to evolve and grow from your already good enough position. Life is not saying “You’re crap! Learn these lessons and you’ll be good enough.”

You can put two people beside each other, one with a difficult childhood, painful relationship/life experiences, and the other with a happy childhood and painful relationship/life experiences. Each of these people may not think they’re good enough, or the one with the difficult childhood does and the one without doesn’t. You could add a third person in with a happy childhood and what looks like a great life with no particularly terrible experiences and they still might not think they’re ‘good enough’ – we all have our own perspectives and we take our experiences and draw conclusions about ourselves.

As children, we can take perceptions of experiences, things that were said to us (or not said), and things that were done (or not done) and draw long-standing conclusions about ourselves deciding from an early age that something is ‘wrong’ with us, that we’ve caused something or ‘made’ others be or do something. We think it’s because of us why a parent isn’t around, or a parent is angry or upset, or our parents got divorced, or think someone is getting more favourable treatment, or that bullies homed in on us because they knew that there was something wrong with us, or that bad things happened because we weren’t worthy – none of these things happen due to our quality as a person, as a child even.

As the mother of a five year old, it saddens me to think that at the same age, I was already having a rather wobbly relationship with myself, absorbing tensions (and worrying about what I may have done to cause it when they were in fact adult tensions), ruminating in a pine bunkbed and even at times worried about showing that I was upset or bothered about something as if I needed to be ‘strong’ at five, when actually, what I needed to do was just be…five. Now with an adult perspective, I’m like Good enough for what? To never experience tension? To never experience my parents rightfully not being together? For my parents to be ‘perfect’ or better than what they were?

One day I realised that I had a right to be a child (when I was a child) and that aside from just not being that powerful that I could ‘make’ grownups be and do stuff, any ‘inadequacies’ they had didn’t mean that i was inadequate. I mean I know I’m their child and I ‘come from’ them, but in the naivety of being a child where it’s natural to make everything about you, I’ve made their stuff about me. I then carried on with this thinking into adulthood adding men and every other injustice into the mix, until my life and my health hit rock bottom.

I’ve said it before and I’ll say it again – not everything is about you. What others do or say (or fail to do or say) does not correlate to some ‘failure’,’flaw’ or ‘inadequacy’ in you. Let them own their own, and you own yours.

Someone being unwilling to address issues that affect their ability to healthily relate in a relationship means that you can judge the situation as a no-go. Is it sad? Yes, but it’s their issues, which become yours when you make it about you and then try to make them change so that you feel ‘better’ about continuing with them, while often drowning yourself in the process.

Know someone who you think could and ‘should’ try more but doesn’t? They’ve accepted themselves at their comfort level and are eeking out results in that zone – it’s their version of happy. Your version of happy and someone else’s are two different things which is why it’s good to hang with likeminded folk.

Some people (and this may include you) recognise an issue and instead of thinking “I could really enrich my life and my experiences if I addressed this because it isn’t working for me in the wider sense”, they don’t want to evolve for whatever reason. That’s their prerogative and responsibility. None of us are under contract to take ourselves to the max. Circumstances may force them to evolve at a later stage, but right now, it’s good enough for them. Many people evolve when sh*t hits the fan – it’s human nature to chug along where it seems comfortable. Danger, drama and diminishing results are prompts to ‘evolve’ when things get too uncomfortable.

Being good enough is just about accepting you in your own skin. Now. Within you is already a great you – it’s not about trying to create a new person from scratch. Why give yourself a hard time about what you’re not, when you could be valuing who you are and continuing to evolve?

I should also point out – making some poor choices and having some shady relationships does not make you ‘not good enough’. Your experiences don’t have to define you and there comes a point when you’ve got to let it go and stop holding it like some See! I’m Not A Good Person Trophy.

When you bust your tail in an effort to be good enough with a Perfect Life Track Record, it gives the impression that you’re en route to somewhere – you’re already there. If you keep thinking you’re en route, you end up seeking perfection because the ‘destination’ doesn’t exist just like perfection doesn’t. You keep thinking if I do this or that I’ll be good enough, and then doing that and feeling like you need to do more. Or you feel good and then think “Ah frick. I had a bad relationship in 2007, a one night stand in 2011, and a mother with the criticism version of Tourettes” and feel ashamed and back to being not good enough.

You can grow and you can evolve but you’re already growing from a good enough place. When you realise this, you can focus on getting the most out of your journey called life instead of thinking that you can’t start you’re journey until you’ve reached destination good enough. Accept you as you are and on that journey, you will evolve and will be enriched by all sorts of experiences.

The Dreamer and the Fantasy Relationship is now available from my bookshop along with with Mr Unavailable and the Fallback Girl. Both books are essentially about being better than selling yourself short in unhealthy relationships.

The Dreamer & the Shopper: Have you inadvertently found yourself in a fantasy relationship?
Sometimes you've got to treat nostalgia like a guest that's in danger of overstaying its welcome
Podcast Ep. 226: Yeah, but am I needy?
Share this...