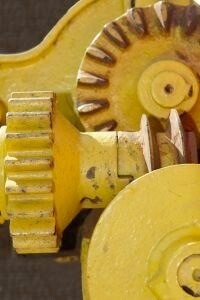 Making decisions and change are two things that many people find very difficult. When you need to make a judgement and act upon it, it’s essentially being faced with the choice between staying in your comfort zone which may also involve trying to find an ‘easy’ route, or getting uncomfortable and making change.

It is hard to exchange limiting, unproductive, unhealthy and even dangerous habits that tick your short-term boxes for the unfamiliar. It’s not that you may not recognise that there’d be some clear benefits to making change, it’s just that the distance between your current state and where you need or desire to be, plus the effort involved with getting and remaining there, seems ‘too hard’. Many BR readers feel like this.

We doubt our abilities or we procrastinate. We try to do it in small doses for a short period of time, which may even give a little shift, but ultimately not enough. Sometimes off the back of these small doses of effort, we expect a result that greatly exceeds the reality of what we’re doing because in our mind, a little feels like a lot and we may even rationalise that we’ve been through ‘so much’ and have made the hard decision, that the least that life could do is give us a sign like making us feel better immediately or making it easy.

So instead, what we actually try to do is keep striving for what we say we want/need and trying to hold onto habits which are a combination of thinking and actions. We expect something to ‘give’…just not us.

I realised this the other day that if you take an average weekday, I try to get a two and four year old ready, fed, get myself ready, sneakily check emails and approve overnight comments, school run, work, dribs and drabs of chores, more work, errands, school run, reading with the four year old, cook dinner (unless the boyf is doing it – I like calling him ‘masterchef’), bath the kids (if I haven’t run over schedule which means I’ll have to do it in the morning), eat dinner, try to chill, probably catch up on some work in the evening, try to be chilling by 9/10pm with a view to being asleep by 11. Yesterday I squeezed in a chiropractor appointment, trying on some wedding dresses, and a sneaky visit to Anthropologie.

For the past few months since my eldest started school, even though I’ve lost a chunk of my week as a result so am even more time strapped than ever, plus the two year old going to childcare 3 days, so being busy with her on 2 of the days, somehow, I was still trying to get up at 6.45 and pressing snooze till 7.20 and expecting to go to bed early. The reality is that I’m harangued in the mornings and I work till 11 and sometimes struggle to settle until nearer to 1. Did I mention I also love having 8 hours sleep?

This is quite frankly ridiculous! What am I? On crack? I know I’m not Wonderwoman. It is impossible for me to achieve what I want without ‘budging’. Since last week, the alarm is now set for 6.25 and I tend to be up by 6.45 – the difference is already great although for the first few days, I moaned about being tired and grumpy. There are a number of other habits to be knocked on the head but the message became clear to me:

Just like when I wanted to hold onto my old thoughts and my old ways and get the relationship I felt I was entitled to, even though I had low self-esteem and some rather unhealthy love habits plus I was never with people who were actually healthy relationship material, change does not come without…change.

I said I wanted a relationship and that I was sick of being with guys who were hot out the gate pursuing me, only to back off and pull a whole bait and switch. I’d then start talking to guys, going on dates, talking the big talk. My desire for a relationship might have changed and even my need for one, but do you know what I was also doing when I was saying all of this stuff and dating? Seeing the guy with the girlfriend or pining for him. Or seeing whatever guy felt like giving me a pseudo relationship while privately thinking “I’m not good enough” and not believing I could hold down a relationship anyway.

Change doesn’t happen overnight, but it does happen and actually, if we even start small and keep at it day after day after day and build up, we start to see the fruits of the cumulative effort plus new habits just become habit.

What I can’t promise you is instant results, instant gratification and a shortcut, which is what a lot of people want.

I hear from people who make changes or make a decision that puts their sense of self front and centre. How do they feel? Resentful and almost begrudging of having to do a decent thing for themselves. It’s like “Look! I’ve made a decision/opted out of an unhealthy relationship that has more holes in it than a pair of fishnet stockings! So where is my reward? Why don’t I feel great? I’ve been robbed! I could have been crying and complaining with them instead of being on my own!”

This is when you have to say to yourself “Am I for frickin’ real?”

I was with a man who had a girlfriend for 18 months, and hit rock bottom emotionally, physically, spiritually – it took me a year to recover and the truth is, it would have taken a shorter period of time if 1) I hadn’t spent 5 months seeing another Mr Unavailable, 2) I hadn’t spent 3 months doing No Contact but hoping he’d be provoked into blazing in on his white horse, climbing up a trellis and whisking me off into a fantasy. That said, 5 of those months were profoundly productive in my life, emotionally, physically, and spiritually. It’s amazing how thinking you might be dead in ten years and have a shite quality of life in the meantime, can spur you…

If you’ve had habits for years or even all your life, it’s just unrealistic to think you can pay lip service to change for a few days, weeks, or months and shazam, you don’t have to put in effort and life is easy peasy.

Change doesn’t come without change and if you think you can have big bad habits and make small changes or none, change just isn’t going to happen or you’re going to get frustrated at the minor results and think “Shag this for a game of soldiers – I’ll just go back to what I know.”

You deserve better than something that may be comfortable for you but you already know doesn’t work and that you’ll be complaining about soon enough and hoping that something or someone else will do what you can’t even do for yourself.

The (Polar) Opposites Game in Dating & Relationships Part Two
Sometimes a discussion doesn't cut it. Stop discussing, get to FLUSHING!
Do You Have a One False Move (& It's All Your Fault) Mentality?