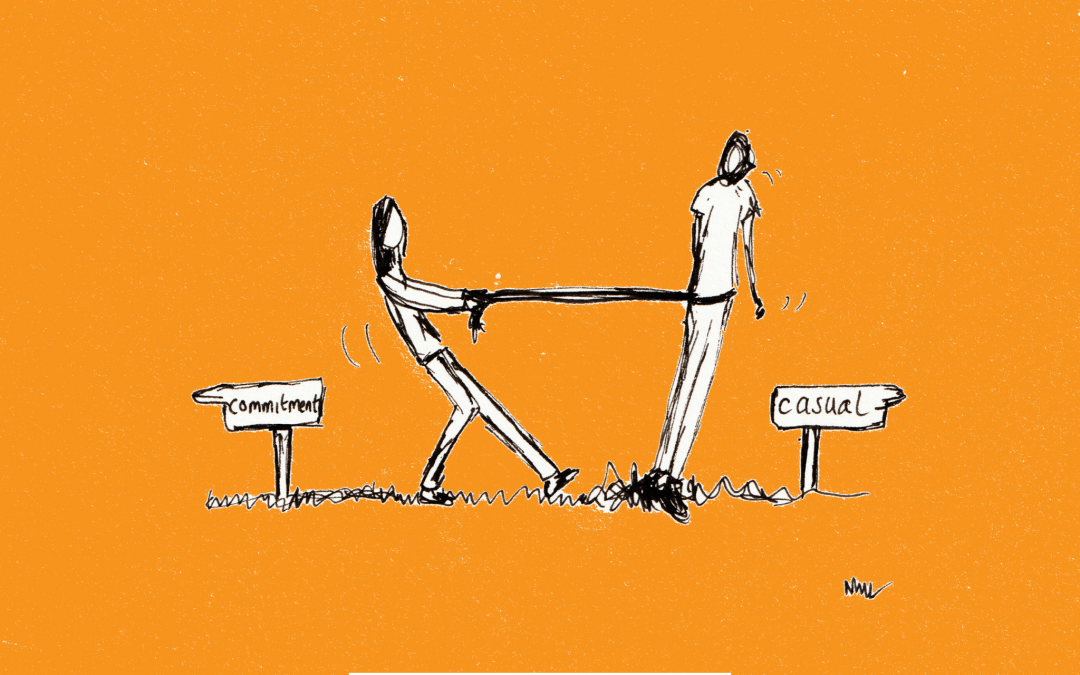 I hear from so many people who feel as if they’re breaking their backs trying to ‘get’ someone to commit. There’s a lot of angst about why the person won’t commit, often blaming themselves for that person’s resistance.

In this week’s episode of The Baggage Reclaim Sessions, I delve into the topic of commitment-resistance and why behaving as if we have to influence, coerce and force people into commitment is an ineffective habit that’s also a recipe for pain.

When the relationship is in jeopardy, a commitment-resistant person will often suddenly feel invested and want to fight to get us back. They’ll promise the sun, moon and the stars… and then backtrack to their original position.

Trying to commit to every single person you become involved with shows lack of discernment.

If you’re pushing someone to commit, that’s a big clue that it’s not a mutual relationship or endeavour.

Jumping into relationships and belatedly realising commitment is involved
Podcast Ep. 162: Keeping Up With Comparison Part One
Becoming isolated in relationships - Part One