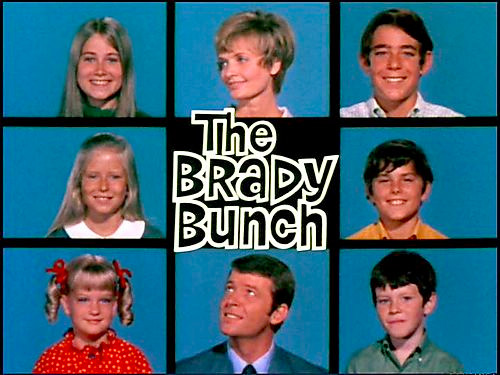 Talking to various people about struggles that they’re currently going through with family, there’s a recurring theme of being surprised that family that’s typically behaved in a screwy way is, you guessed it, behaving in their typical screwy way. I’ve been there. It’s this idea that loved ones whether they’re friends or family will put their drama and idiosyncratic ways on pause for long enough to help you out in your time of need or just to even give you the airtime to have your own moment. But that’s forgetting that they are who they are.

One particular friend is in serious dire straits and has had more help from complete strangers and friends than she has from her own relatives or as I wisecracked, the people she shares blood with or The Blood Bags, although I think she even doubts if they’d give her a blood transfusion right now.

It can be bewildering to find yourself being supported by people who don’t know you as well as those who have known you your entire life. It feels like a massive betrayal and it’s oh so easy to fall into the trap of feeling rejected but really, when people are being their typical selves and not changing, that’s nothing to do with rejection and everything to do with the habit of doing what they do. Yes it would be nice to think that going through strife and needing them to step up might inspire them to be the exception to their own rule of behaviour but it’s these pipe dreams that will keep setting you up for a fall. Each time we let those thoughts of being ‘not good enough to change our family’s behaviour’ cycle around, we end up hurting ourselves all over again when we could be interjecting and saying, ‘Woah! Hold up a second here! Such and such does _____ and ______! That hasn’t got a damn thing to do with me and my worth! It’s not about me!’

When we’re in these situations, we expect these people to step up because of what we’re going through but we forget that they won’t step up or that whatever they do might be in a way that might have us wanting to close Pandora’s box because of who they are and how they typically think and act. We get carried away with our situation and how we see things and what we would do and basically come up with what we hope or think that they ‘should’ do (especially the whole ‘Family should….’ mentality), and then feel hurt when they don’t live up to our hopes and expectations.

As I said to my friend, we forget that strangers and friends will help more than effed up family because effed up family are…say it with me… effed up. That’s not going to suddenly disappear because we’re going through a difficult time. And you know, it can feel like another abandonment but unlike when we’re children, we can have our own backs now so it’s even more important not to abandon ourselves off the back of our perception of their behaviour. 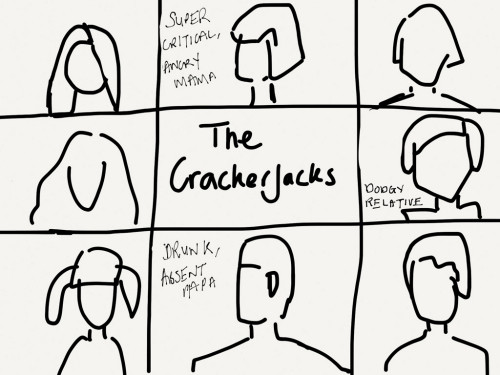 There are so many of us who carry shame over our family not living up to some sort of Brady Bunch ideal. It’s the comparison problem – judging ourselves and others and estimating that we don’t measure up. Sure there are people out there who have really strong family units and don’t have all sorts of asscrackery and Dynasty levels of drama going down, from this one not speaking to that one, verbal abuse, inability to have a difference of opinion without it being handbags at dawn, to hypercritical mothers that ride your arse like Zorro over every little thing, to nobody being allowed to talk about the addiction white elephant in the room, to freezing out if you speak out about that abuse that happened and the list goes on, but actually, lots of people don’t get on with one or both parents or just don’t have a family that meets some gold standard that you may be holding yourself to and beating yourself up over. Really. And actually, even families that I’ve thought were perfect are anything but, after all, they’re only humans.

If your family is far from perfect and in fact brings you pain, take some comfort in knowing that you’re far from being alone. It’s not a flaw that your family don’t live up to your hopes and expectations and it’s unfair to you if you’re viewing any inadequate parenting or less than stellar family relations as a reflection of your own inadequacies. As I said in my 36th birthday post, 35 taught me that the issues that run in families and the way in which individual family members behave is far bigger than us and it’s recognising that younger self within us that still wants approval, the fantasy, and for them to step up and do for us what they haven’t been able to do in the past, that can pave the way to peace within because when we stop pursuing these things and accept who they are instead of accepting faulty judgements against ourselves, we put our time and energy to better use. It doesn’t mean that we have to cut off family – it means that we have to recognise the limitations of those who typically tend to disappoint us and be boundaried, and that includes not putting ourselves in the position of being ‘child’ by expecting them to play ‘parent’ or authority.

Of course it hurts when family isn’t what you hoped it would be but I’ve learned from own experiences that when you’re not abandoning you in pursuit of some fantasy that would really only have its greatest benefit if you were having the opportunity to be a child all over again, you get to appreciate your family in a more realistic capacity while also knowing which people – the family you in essence choose for yourself – that you can rely on.

Be careful of basing your self-esteem on the speed and content of text replies
Knowing When To Bail Out - Red Flags
Do you have a Replacement Mentality?