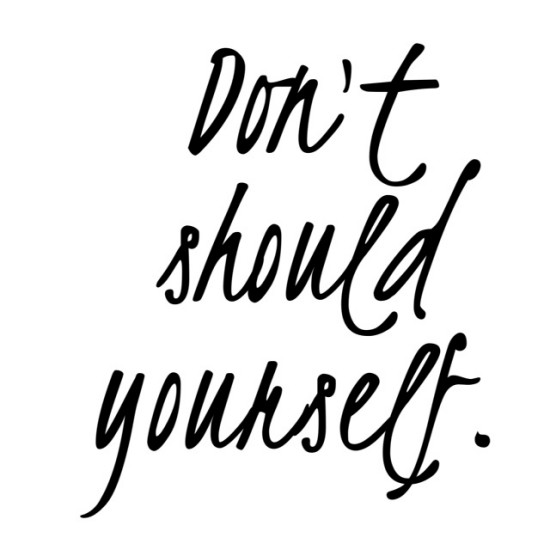 I find with Baggage Reclaim, that there becomes a theme to the types of stories that people are sharing with me or a common thread in what it is that keeps each person stuck with their thinking and behaviour, and so far this year, that theme is obligation and entitlement. We’re either feeling duty bound even when we’re not, or we’re cycling through a thought process that rests on this sense that we’ve been and done all of the things that we feel that we’re ‘supposed’ to in order to have got what we desire and it hasn’t worked out, hence we conclude that we’ve either been robbed or that it must be due to us not being “good enough” in some way.

Due to having an overactive guilt thyroid, many of us end up being burdened with duties and this perennial sense of obligation to be and do the things that will ‘please’ others, often at our own expense. This in itself actually taps into the issue of entitlement, what we believe certain things that we are or do give us a right to receive or do. For instance, when we’re a pleaser, there is at the bare minimum, an underlying expectation that in exchange for suppressing ourselves and catering to other people’s needs, expectations, feelings, opinions, and wishes, that in turn, we will receive validation, attention, love etc, or we’ll at the very least minimise or outright avoid conflict, criticism, disappointment, and rejection. We spend our time being and doing the things that we feel constitute a “good person” or a “good girlfriend/boyfriend”, even if some of those things involve us not having boundaries, and then we feel cheated that we’ve gone to these lengths and that people haven’t reciprocated to the same degree.

Many of us carry the belief that if we love someone, that it entitles us to their reciprocation, especially in situations where our lack of boundaries is causing us to effectively punch below our weight with someone who doesn’t treat and regard us as the worthwhile and valuable person that we are. That’s why, when they move on, it’s, What the what now? I can’t believe that you don’t want me! There’s also the belief that love gives us the power to change a person or that if a person claims to have feelings for us, that this ‘should’ give us the right to change them too.

Readers keep asking me why they’re stuck on a person or situation, and aside from struggling to deal with their hopes and expectations not being met (disappointment), it’s also to do with their perspective on the situation, and when you start uncovering the beliefs that are driving this stuckness, there’s a lot of ‘shoulds’ in there, and behind these, is also the perception of what they should have been able to do or receive.

My brother has been through a really difficult situation that has wreaked havoc with his sense of self, and part of what baffles him is the belief he’d always had that you work hard, you do good, and you’re pretty much covered. Talking to friends and readers, my brother’s not alone in this belief and it attaches itself to many things, such as earning a certain amount of money, looking a certain way, treating people nicely and so forth. We feel protected by the things that we’re doing, as if we’re paying in daily, weekly, or monthly amounts into The Shitty Circumstances Policy that covers you against shady people and circumstances. In an ideal world, we hope to avoid these entirely but at the very least, we expect not to be greatly impacted, and when we are and it takes longer than we’d like to recover or to even extricate ourselves out of what’s happening, we wonder, What’s wrong with me?

We work our way through our mental checkbox about us and our deeds and on paper, we feel we’ve more than met the criteria for getting what we want or avoiding the shady.

We might try again a few times and then when these don’t work and our self-esteem depreciates further, we think, Well, I’ve been and done what I’m supposed to and that hasn’t worked out, so I guess it’s because I’m not good enough. Bam! Or we determine that we’ve been robbed and feel angry and resentful, possibly even acting like a bailiff collecting a debt.

Of course it’s not about our worth or having for instance, the power to control other people’s behaviour and feelings with our pleasing and so where we really need to go back to, is what is it that we feel entitled to and where we’re harming ourselves with our perspective.

We decide that we want something or someone, we look at ourselves relative to others who have what we want and recognise similar attributes or even where we perceive ourselves to be in a better position, plus we may get into the whole, Everyone else has what I want (what’s wrong with me?) thought cycle, or home in on someone specific and feel a little or a lot envious. We’ll determine that what we want is within our means and even refer to our ‘investment’, and when it doesn’t happen or doesn’t work out, we eventually conclude that it’s down to us being inadequate or unlovable.

Of course, when we examine our beliefs around this, we can evaluate whether we’re being fair and reasonable to us, for instance, if we weren’t into a person but they’d set their sights on us, do we think it’s fair for that person to feel entitled to us and to pursue it even to the detriment of their self-esteem or our own?

If we feel entitled to a person, are we putting our vision of things ahead of reality and any misgivings that we should be paying attention to?

Have we been living our life as if we’re making overpayments (read: people-pleasing) into The Shitty Circumstances Policy or even the My Perfect Life Policy? If so, what have we been doing and have some of those things actually been to the detriment of our well-being? Are we being and doing things that take us away from who we are?

It’s also important to evaluate whether all of the things we’re being and doing, actually bear any direct relation to what we’re seeking and feel entitled to? Honestly, the amount of people who tell me that they’re smart, educated, in possession of all of their teeth, own their own home, have money in the bank, and that they take care of their appearance, is actually a little scary – is stuff like this what we feel is an automatic precursor to getting what we want?

Just like there’s a big difference between choosing to do something based on pleaser guilt and actually having a moral or legal duty to be or do something, there’s also a big difference between need and want. We actually have a need for companionship and intimacy but that’s not the same as having the desire to possess something. When for instance, a relationship doesn’t work out, that isn’t the end of that part of our life forever more – the need for a relationship can be fulfilled in a different way with someone else, as long as we’re not telling ourselves that the only way that the need can be met is with our desire to possess what may be a toxic person.

In much the same way that we should reevaluate our decision to give and help if not getting the hoped for reward would change our desire to do so, if a sense of what we ‘should’ get or what people ‘should’ do as a result of what we’re being and doing, is driving a lot of our thinking, behaviour, and choices, it’s time for us to come back to base and cut down the shoulds so that we can free ourselves up to feeling better and moving forward.

You Can't Meet 'Everyone's' Expectations. Really.
Building habits challenges our identity. We're capable of more than we think.
Podcast Ep. 174: Let's Not Be Okay With Taking Advantage of Someone
Share this...