Is It Time To Get Off The Rehashing Express? 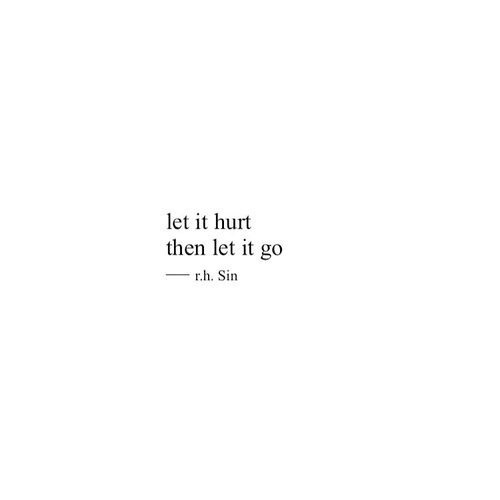 When we keep rehashing something, we’re either too caught up in hearing what we want to hear, replaying a ‘backing track’ that makes us small, angry and resentful, or hoping to be struck by new insight.

When disappointed, wronged and hurt, talking about something a lot is natural and necessary.

It’s part of the natural grieving process that arises from experiencing a loss. Each time life doesn’t meet our hopes and expectations, it’s a loss. The event brings up a spot of grieving and reconciliation where we eventually arrive at a more grounded place so that we can move forward.

Rehashing, though, so repeatedly discussing something at length in the aftermath and retelling a story that hasn’t been changed or improved upon, keeps us feeling stuck and bound to that story. This includes feeling stuck to the pain, fear, judgement and guilt contained within it. We become invested in telling the story and resist reaching insight and resolution.

Rehashing is often driven by this sense of having experienced a great injustice. It’s not fair! And so we get to relive the feelings and we make ourselves feel special, albeit in a bad way.

Sometimes rehashing stems from a heightened sense of wrongdoing. It’s feeling that we effed up in a major way. We go over the story time and again to bonk us over the head with it. We keep the story fresh lest we forget how much we screwed up and dare to move on.

It’s the whole I did X, they should have done Y and Z should have happened. We’re convinced that we did everything ‘right’. Based on how we believe that things should go down, we now feel wronged. Or we feel as if our whole world is turned upside down. We’ve based our self-concept and what we think makes us worthwhile on a faulty premise and assumption that calls a hell of a lot into question.

What we don’t always acknowledge is the deeper purpose of rehashing–keeping us safe. Safe from seeing the all-important lessons from the experience; from moving on; from trying again.

We get to feel right even though we feel rubbish.

Something that becomes a point of stress about rehashing though is that the story keeps popping into our head despite our most recent intention to move on. We may have decided that we’re sick of thinking/talking about something and just assumed that the story would cease to show up.

We then assume that because the thoughts arrive unbidden that it must be a sign. In truth, the period of time where we willingly rehashed (even if we deny it) has now taught us to associate the story with certain cues and triggers.

Let’s say we rehashed it every morning for however many weeks or months. We will now associate that story with that portion of our morning, with the start of each day. Whatever we were doing, such as commuting to work, having a coffee, avoiding having to think about deliverables, or out for a jog, our mind thinks that it’s what it’s supposed to bring up. The same goes for a particular friend we talked about it a lot or that show or song that triggered a rehashathon.

If each time we felt vulnerable and maybe said self-critical stuff, we responded with thoughts of being inadequate, too old, too this, not enough that, and then we piled on with mentally raking over what happened, it’s become a habit. We’ve learned to associate our sense of ‘enoughness’ with this story.

The fact that we keep thinking about something or it keeps popping up doesn’t mean that it’s relevant to our present-day situation or that it’s even accurate.

If we’ve been thinking about something a lot and saying the same thing over and over again, we’ve trained ourselves into a hearing loop. We think about it out of habit, not a conscious choice of thoughts.

But we can choose the way in which we respond. We can ride the train of thought to pain and obsessing, or consciously choose not to hop on board.

With the latter, we recognise what the rehashing has become a cover for. We make a new choice and gain new understanding. We acknowledge where we soothed ourselves with pain. Maybe we see what we got out of telling a story (the payoff) such as attention, to feel like a victim, to feel special in a twisted way. It may have been to feel as if we were paying off our guilt about something else that we’re probably not even responsible for, or even if we were, it’s clear there are more meaningful and productive ways to learn from a wrongdoing.

If we’re repeating a story again and again, and over time, we feel worse, less ourselves, stuck and more, then guess what? We’re not telling it right! We’re lying to ourselves about something.

After a while, we have to commit to catching ourselves before we jump on the Rehashing Express and ask:

Is what I’m going to say/think again going to lead to somewhere good?
Do I have some fresh, positive insight that releases me just a little bit more?
Nope, OK, not getting on.

By focusing our energy on being conscious, aware and present, we gradually feel more in command of ourselves and as a result, less attached to the security blanket of the narrative. And it is one because we don’t have to look too closely at ourselves and we get to see us (or someone else) as the villain.

Distance also gives more objectivity. Redirecting our focus actually helps us to gain perspective organically rather than hoping that investing in self-criticism and revisiting the crime scene time and again will throw up something new.

When we realise that we’ve been riding the Rehashing Express, we have an opportunity to look for new insight, to see things in a way that we weren’t able to before. We might suddenly recognise the parallels between this experience and a hurt or loss from our past. We might suddenly make the connection about the similarities between this person and, for example, our mother. All of a sudden we get to see why this experience was important.

Keep in mind that acknowledging our rehashing doesn’t mean we should silence ourselves. It means that we need to take care because our thoughts and words do hurt us. Admitting that, yes, in some instances we might have been obsessing over something is the path to being able to help us acknowledge that behind this story is actually a great deal of pain. We can then help ourselves. This acknowledgement might be the first time we truly extend ourselves some genuine compassion and start to talk about what we really need and what’s really bothering us.

The answer isn’t to silence ourselves.

We need to make a new choice.

That starts with acknowledging the baggage behind what happened.

We still tell the story from time to time but it’s different because we’re healing, growing and learning not tying us to the past. There’s a progression.

We tell it less over time. And it’s not because we think we’ve exhausted our audience but because we’re truly ready to be done. It’s not our showpiece, our calling card or the thing that we’re making ourselves near ill over.

We’re conscious of not wanting to make ourselves feel bad.

We’re conscious of not wanting to talk ourselves into giving away power.

We can visit the events without taking up residence. We genuinely want to move on and find even a chink of light in there to find our way through because we remember that we’re human and that it’s down to us to give ourselves permission to move on.

Ultimately, when our desire for something else is greater than our need to hold on to the story or to stay afraid, we commit to choosing and re-choosing each day, to let go.

Advice Wednesday #4: My Ex Exacerbated My Insecurities By Objectifying Other Women--How Do I Move On...
Guest Post - The Ghosts Of Dating Past
I'm Not Good Enough - The world through a low self-esteem lens